There’s a new game available in the Toy Defense series, which is called Toy Defense 3: Fantasy if you’re on iOS, or Toy Defense: Fantasy Tower if you’re on Android. Regardless of which version you choose, it’s still the same medieval-themed tower defense game from Melsoft. In this game, you’ll be playing the role of a tenth-century commander, as you hope to become the equal of none other than Richard the Lionheart. You can recruit new warriors, train the ones you already have, and do the same for other unit types, including archers and healers.

Of course, the main mechanic of bolstering your defenses is there, and you’ve got more than nine different types of enemies to deal with. Melsoft also promises “non-recurring” gameplay, meaning each time you play the game will offer a brand-new experience, as well as six tower power-ups that can help you at one point or another in the game.

Although, the concept of this game is tower defense with the toys of your childhood, or something to that effect, it won’t exactly feel like playtime if you aren’t sure what you should be doing next. So read on, as we hope you can rely on this Toy Defense 3 strategy guide for beginners. The objective of these tips is to help you pick up the game quickly, so let’s not waste any more time and get straight to the tips.

1. The Basics Of Setting Up Your Defenses

If you want to have a good and solid advantage over the enemy, you’ll want to keep the following tips in mind. Make sure your towers are properly spread out, and make use of Greek Fire against groups of smaller enemies, ballistas against the bosses and larger, beefier enemies, and wizards against air enemies. Archers can take care of all types of enemies, so make sure you have at least some of them. 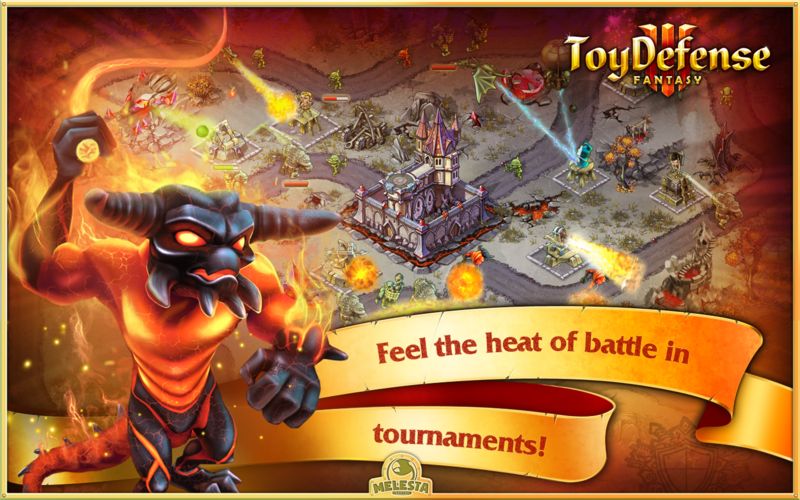 In fact, these Archers can be the heart of your offense and defense, and since they don’t cost much to train and upgrade, you shouldn’t hesitate to recruit more of them. Just be sure you’ve still got a well-balanced lineup, though.

Want an easy way to add to your total of M-Coins? Try watching advertisement videos after you get killed, or try completing some of the special offers that Toy Defense 3 serves up. By tapping on the Free M-Coins tab in the in-app store, you can pull up video ads and watch them, or also connect your game to social networks for even more of these coins. Installing other Toy Defense games, albeit temporarily, is also a good way for you to earn more M-Coins in the game.

3. Use Fast Forward To Get More Mana

If you see a countdown bar before the next wave of enemies makes its way, you can get around this event by tapping on the fast forward button to speed things up. That’s also going to earn you some bonus mana, with the amount of bonus mana increasing as you tap on the FF button earlier. Don’t worry about tapping too early, as you have the option to pause the game, or to slow down, so you can see the waves and where they’re coming in.

4. What Do You Get From Castles And Magic? 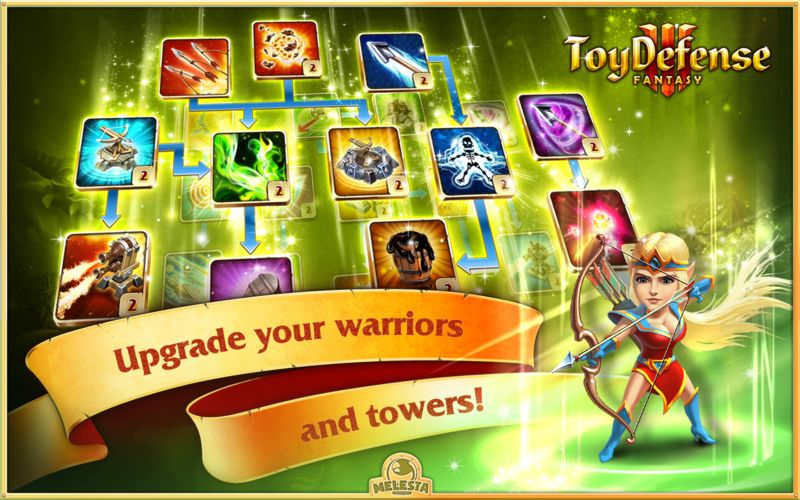 Castles and Magic is unlocked once you’ve made it past the sixth wave of enemies. With this, you’ll be able to buy magic spells that happen to be targeted, as well as passive castle and tower upgrades. These may include additional damage for all towers, cheaper mana for defense towers, and a lot more. Of course, we don’t need to remind you about how important it is to have those passive upgrades, just because they’re called “passive.”

Before we wrap things all up, we might as well give you a couple reasons why you should connect your game to Facebook. The first would be the ability to save your progress, allowing you to continue where you left off if you have to uninstall the game for one reason or another. The second would be eligibility for tournament mode, which is a MOBA-style feature where you and other players can compete for having the longest-lasting castle.

You can earn stars in this feature, with the number of stars all depending on how high up you are in the rankings. Remember to take this mode seriously if you want a lot more currency!

That’s it for now, as far as our Toy Defense 3 tips and tricks are concerned. We hope you’ve enjoyed this set of tips and tricks and learned something new that help will help you progress faster in the game.