If it’s Ketchapp, you know what you’re getting. Game available on both major mobile platforms, meaning Android and iOS? Check. Extremely simple gameplay that appeals even to non-mobile gamers, or non-gamers for that matter? Check. Difficulty in mastery that only makes these games more addictive? Check. Easy one-tap controls and mechanics? Check. Yes, you get all that in the company’s new game Risky Road. In here, your goal is to drive your truck as far as possible while keeping the egg safe, and passing obstacles as you go along.

When it comes to Ketchapp games, they often don’t seem like rocket science. Indeed, the simple gameplay can draw you in, but it can also be frustrating if you aren’t able to master their games as quickly as you want to. But we’re going to, once again, try to remedy it all for you, through this Risky Road strategy guide. We can’t promise we’re going to make the road less risky, but we can at least assist you in being a better driver and scoring more points, with this a detailed Risky Road strategy guide.

Just as you’d expect in a Ketchapp game, there is nothing to it at all with regards to the controls. Just hold down on your phone’s screen to make your truck accelerate, and let go if you want to slow down. And also remember that there’s a huge egg resting in the back of your truck, and you do not want that bad boy to break into smithereens. Be careful when driving that egg around, but remember the one-tap nature of the game, and what you need to do to accelerate or brake.

Given the one-touch controls of this game, you may be thinking that driving your truck around without the giant egg breaking is not too hard to do. We’d say that it isn’t as easy as it seems. But as a general rule, you should ensure that all four of your truck’s wheels are on the ground; controlling your speed can help you avoid different obstacles in the game, so that’s something you want to do when operating your truck.

3. How To Drive Smoothly In Areas Without Jumps

In relation to the above tip, one neat trick we’ve heard works really well is pressing-and-releasing on your phone’s screen, as long as a section doesn’t have any jumps. If that’s the case, you can rely on your truck’s momentum so you can climb up hills, and be more confident about how you maneuver your truck. Let your truck cruise downward after reaching the peak of a hill, and keep the egg stable by refraining from tapping too much.

4. How To Earn More Coins

We’ll be back a little later on to tell you more about the coins which you can earn in the game. But before that, here’s the best way you can earn more coins, which will then allow you to buy more eggs and more trucks. Go to the egg or truck store and tap on the video icon, which will pull up an advertisement. After watching the video, you’ll get 20 free coins. Just keep watching more and more videos until the game has nothing more to serve up, and once the game’s all out of videos, wait a few minutes and they’ll be back. Completing all five bonus letters in the game also earns you 40 extra coins.

5. The Game Can Go On Even If The Egg Is Out Of The Bed

Some strange things could happen in this game if the egg somehow gets out of the truck bed, but those strange things don’t have to include your game screeching to an unceremonious end. Sometimes, you may not be able to get the jump right, thus leaving your egg to hang in the air until it reaches the ground. What’s to do here? Since the egg’s still in the air, set your truck up in such a way that the truck’s bed catches the flying egg. This can be a sensitive process and it may take a lot of practice, but the main thing in such situations is to remain as calm as possible.

6. There’s No Time For Second-Guessing

Like many a Ketchapp game, Risky Road is one of those titles that could really put your reflexes to the test. Obstacles, or should we say, hazards can appear not only randomly, but very quickly. That means you’ll have little time to react, and no time to think about what you should be doing next. You’ll have to map out your strategy on the fly, and if you see a hazard, you should take stock of your strategy and make sure you stick to it.

7. How To Avoid Those Common Hazards – General Tips

Now, that you know how important it is to be super-alert in this game, here’s how you can avoid some of the more common hazards. It would really depend on the type of hazard, but in most cases, you’ll have to keep on tapping frenetically on your phone’s screen in order to get out of that tight spot. Or you may encounter other situations where you need a more nuanced approach at things, though once again, it is very important that you react quickly and learn how to make decisions on the fly.

Let’s start out with jumps, which obviously aren’t obstacles, but can nonetheless be considered as hazardous. You may have to jump over a body of water, or leap from one cliff to another and avoid the chasm. Keeping that in mind, and remembering that you’ve got an egg to protect, you should build up lots of speed, but not too much. The ramps and broken bridges won’t require too much speed to be built up, as going too fast will flip your truck and automatically break your egg.

Purple stripes are also something to watch out for, and they can appear when you least expect them. If the wheels of your truck are under the stripes, that could easily lead to some broken eggs and a run that ended way too soon. To deal with these stripes, you’ll want to go slow and make sure your timing is on point; you may not be able to time your pass properly but even then, the chances of your egg falling off and breaking are relatively low.

Like jumps, loops will also require you to build up some speed, and after that, you’ll want to let go of the gas once you’re at the apex of the loop. Repeat this process until the loop is over, and don’t panic at the blue ramp going up to the loop, as that’ll be gone once you’re coasting back down.

Rope bridges are another tricky type of obstacle you’ll have to be prepared for. The physics can be quite freaky since the ropes are essentially what prevents you from falling down into the chasm. You can either build up enough speed (but not too much) to make it past the bridge, or build up full speed in hopes of ramping over it.

Last, but not the least, you’ll want to look out for those steep grades, which are arguably the hardest to deal with. It’s best to deal with these inclines at a lower speed than usual, and let your momentum take your truck up to the top of the hill, with all four wheels on the ground. Sounds familiar? That’s because we did mention that earlier, as a general tactic for driving smoothly in the game.

9. All The Trucks And Eggs Perform Similarly

We should actually be saying that all the available trucks and eggs perform the same way. The only difference is in the color; gameplay will remain exactly the same regardless of the truck you use or the color of the egg on the bed. You’ll have to remember the game’s genre – casual arcade – which means this isn’t a game where different trucks have distinct statistics like power, handling, etc. which you can upgrade.

10. Ignore Coins And Bonus Letters If Chasing A High Score

Now, that you know that the additional trucks and eggs are only there for customization, it’s time to move on to our next tip. If your goal in the game is to beat someone’s high score, may it be yours or that of somebody else’s, then you can just ignore the coins and bonus letters. Your final score is based on the number of checkpoints your truck passes, and not on the bonus letters. And it’s all too common for players to be thrown off their strategy if they try to chase coins or letters too fervently. Remember that the roads in this game are paved with danger!

We hope you’ve enjoyed our exclusive strategy guide for Ketchapp’s mobile game, Risky Road. If you know more hints or you simply want to share your experience about the game, feel free to leave your comment below! 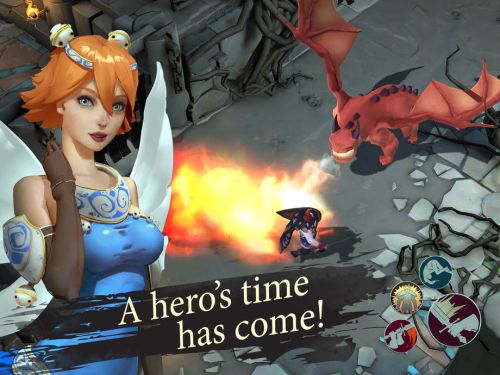