Looking for a nice, casual shooter game for your iOS device? You might want to check out Time Locker, a new game from Sotaro Otsuka. Like many other games in the broader casual/arcade genre, this is an endless where time stops just as you do, as we’d paraphrase the game’s description. In this game, the speed of your finger dictates how fast time passes, and you can also play as different characters with their own special abilities. In addition, this is a game where you can “see how long you can survive in a world with lots of different types of animals that all move differently.”

This all makes for an interesting concept for an endless shooter, but how long can you survive? How can you deal with a world where the speed of time is based on your actions, and where you need to react differently to specific types of animals? We hope you can join us for this list of Time Locker tips and tricks – a survival guide of sorts for the in-game universe, with a good share of general topics covered.

1. You Dictate The Pace, But Beware Of The Wall

As mentioned above, the pace of the game is completely in your hands, or to put it more accurately, your fingers. But there is one exception to this rule, which is the wall you can find at the bottom of the level. This is your main obstacle, and it keeps moving toward you at a steady pace. Worse, it won’t stop until you are completely swallowed up by it. So how do you get around this obstacle anyway? The solution would be to move as quickly as possible, so that the wall doesn’t get too close to you. If you move too slowly, you’ll be eaten up by the wall as it closes in on you and eventually swallows you up.

2. Each Type Of Enemy Can Give You A Different Benefit

By that, of course, we mean benefits after you encounter them and take them out. Blue enemies, for starters, will reward you with a power-up after you kill them, while green enemies will give you coins. The power-ups you can get after killing blue enemies can make your gun more powerful, so if you want to have enough firepower to get you through the game when it gets tough, you should focus on taking out those blue enemies. These power-ups can also improve your gun’s range, aside from its power.

3. What Can You Do With Your Coins, And How Do You Get Them?

You can earn coins as the main form of currency in Time Locker, and the primary way to get them is by pulling off this tactic. For farming free coins, play a game, die immediately, and watch the ad video that follows so you can earn free coins. Keep repeating this process until you’ve got enough (or more than enough) coins. Also take note of the free coin box that appears before the start of a level.

When using your coins, you can buy one of several items, namely the power-ups you can purchase at the start of a game. You can also buy additional gun power-ups before a level, which gives you another way to use your coins properly.

At some point, you’ll start encountering bosses, and like good boss characters should be, these are much tougher than the regular enemies, and would require significantly more hits before you can kill them. But don’t rush when trying to beat them; you can take your time and not go after the bosses right away, just as long as they don’t take care of you first. And when time comes for you to battle the bosses, what you’ll have to do here is shoot them repeatedly, then move away and make your way above them. Simply repeat this cycle when you see the boss again until you’re able to kill them.

Going from one side of the screen to another may look like a neat move, but it actually leaves you more vulnerable to enemies that are making their way quickly down the pipe. What you can do instead, if you’re trying to kill a good number of enemies, is to move back and forth quickly, thus allowing you to unload a significant amount of bullets at the bad guys, without having to waste too much time at it. Remember that enemies don’t come from the sides as often as they emerge from the top of your screen, so you don’t really have to move side-to-side too frequently. Just keep your eyes in more than one direction at all times when playing the game.

That’s it for now, as far as our Time Locker tips and tricks are concerned. In case you know more hints for the game, please leave us a message in the comment section!

Previous
The Counter of Death Tips, Tricks & Cheats: 5 Hints You Need to Know 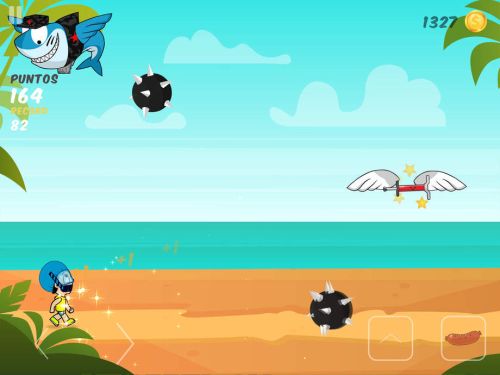 Next
Fernanfloo Tips, Cheats & Hints to Get a High Score
Click here to cancel reply.

What of character combination