A brand new 2D side-scrolling adventure title developed by Joyseed Gametribe, Rocky Rampage: Wreck ’em Up will come out on February 19th and can already be pre-ordered on the App Store.

Rocky Rampage: Wreck ’em Up has already been available on Google Play in Early Access. As of now, the game can be pre-ordered on the App Store too. The developer is targeting a February 19th release, which means that iOS owners won’t have to wait long before getting their hands on hours of boulder-slinging fun. 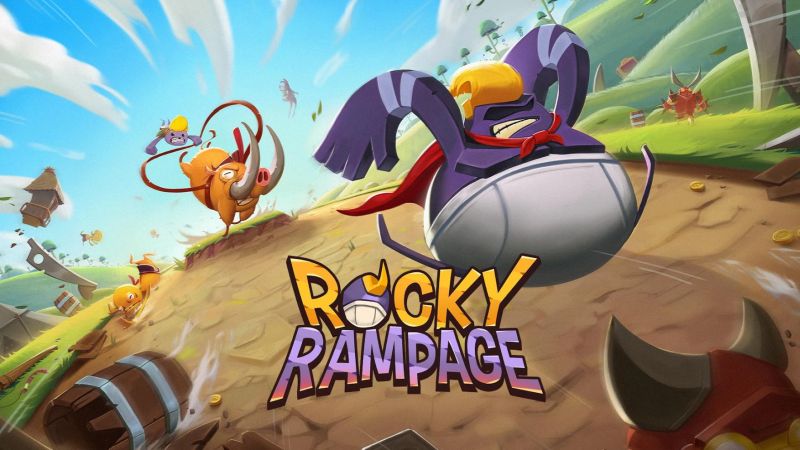 The protagonist of Rocky Rampage: Wreck ’em Up is Boulder Cobblestone and he comes from the Rock Kingdom. Famous for his extraordinary sense of fashion, Boulder Cobblestone makes everybody envious, including the Empress of Scissor who decides to steal his fancy clothes. In his attempt to recover his precious belongings, Cobblestone prompts the Empress’ castle on a quest and crushes everything standing in his way.

Your role will be to maintain momentum and make sure you have all the necessary force to smash through the obstacles that pop up in your way and end the level. You will have to make sure that, as you progress, you pick up all the available items and upgrades. For instance, the dynamite will ensure that you are launched in the air with a greater force. Or you may come across a non-hostile dragon that offers you a free ride.

There are various items to be unlocked in the game. For example, various pairs of underpants that will grant Cobblestone special abilities that will help him overcome obstacles and smash enemies easier.

Until its release on iOS this February 19th, Android users can enjoy an Early Access version of Rocky Rampage: Wreck ’em Up on Google Play. The game will be free to play and will more than likely feature in-app purchases.