The otome genre, or games that are aimed for girls, has been growing over the years. There is no doubt that the demand for such games higher than ever. SNK has decided it is time to give in to the demand by giving girls all over the world a chance to date their favorite King of Fighters character. The pre-registration phase for The King of Fighters for Girls has just kicked off and the game is set to be released this fall. 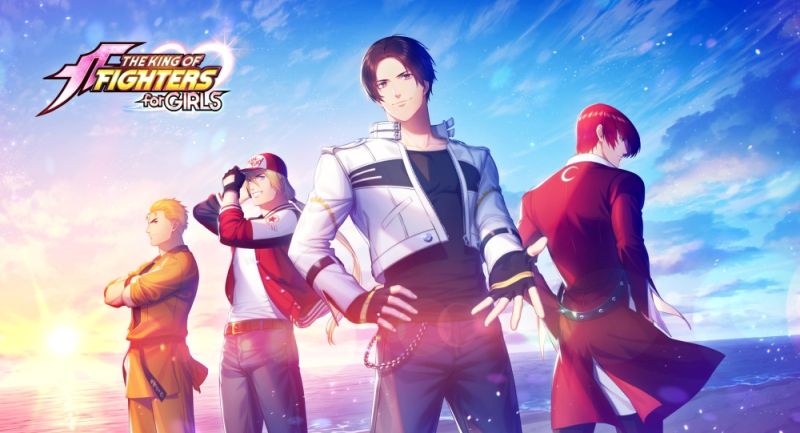 The King of Fighters for Girls features most of the male fighters from the series, although they have all been given a makeover to look like boyband version of themselves. This is probably to help increase their appeal to the ladies who will be playing the game. Players will take on the role of a woman who works at the gym where the fighters train. The same woman will also end up managing the fighters’ careers as they participate in the tournament.

Since the original King of Fighters is a fighting game, there will still be battles included in the gameplay. The combat mechanics, however, have been simplified to a more casual level to avoid becoming a hindrance to advancing the story. This will allow players to focus more on the dating simulation aspect, which is really the point of the game.

Those who sign up for The King of Fighters for Girls early will receive pre-registration rewards depending on the milestones reached by the game. Rewards include hidden scenes that will be unlocked when the game is released. The rewards for each milestone are listed below.

Pre-registration for The King of Fighters for Girls began on September 2 and will continue until the game is launched. As of this writing, players will have to pre-register through the game’s official website. A Google Play Store pre-registration option will become available at a later date.