TeeTINY Online is a promising MMO which blends casual action with an expansive open world to traverse and explore. The game’s set to launch first on Android, with an iOS and PC release coming further down the line. But before any of that, developer TEENY.studio has planned a second CBT (closed beta test) which starts today and runs until November 3rd. 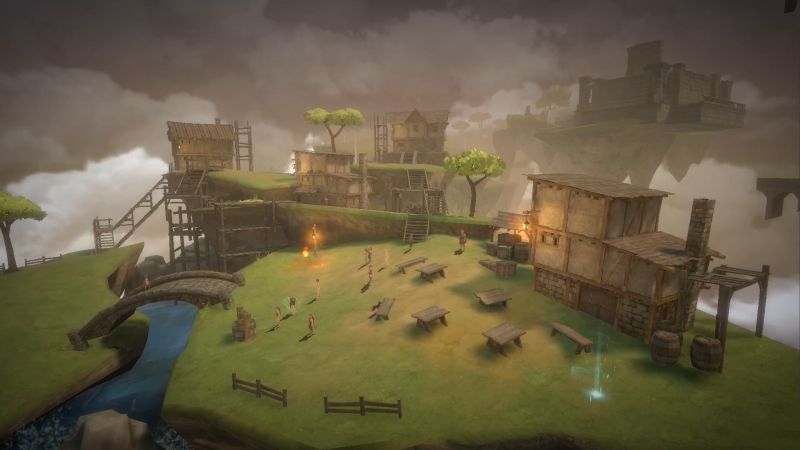 Those who participated in the first CBT are in for a treat this time around, as the game’s innovative roguelike mode is now available. And CBT 1 testers can also expect a helpful buff as a reward for being among the first to play.

If you’re new to the world of TeeTINY Online, the game is an ambitious, anime-themed MMO. One neat thing about it is the way it sidesteps typical free-to-play issues by making equipment only obtainable through farming. You can’t simply buy your way to victory here – progress requires skill and proper planning. It helps that all players start out with nought but some underwear to protect them from the world’s many dangers.

There are also no classes to pick from; instead, you’ll develop your own unique playstyle by testing out different weapons and skills. Any gear or skills you pick up along the way are sure to help you out in the game’s PVP and intense Pet War modes. The latter sees you using your very own Guardian Pet in battle.

Once you’ve settled into the experience, you’d be wise to assemble a team and form a guild. But why stop there when TeeTINY Online lets you grow your guild into a full-on nation? It’s also super easy to play with others from all over the world thanks to the game’s automatic chat translator.

To get involved in the second CBT, simply follow this link to the game’s official site. TeeTINY Online seems to have a lot going for it, including some really distinctive visuals and character designs, so it’s likely one to check out if you’re a fan of the genre.