The latest entry in Outfit7’s popular Talking Tom and Friends series, Talking Tom Hero Dash will soon land on mobile. This exciting endless runner sees you going on a quest to rescue your superpowered friends after a villainous pack of raccoons kidnap them and vandalise famous locations around the world. 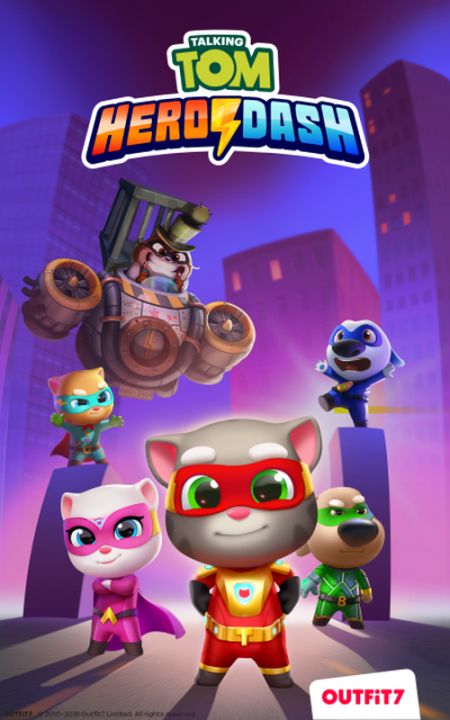 Talking Tom has been a huge name in mobile gaming for almost a decade, starting life as an interactive pet game before branching out into other genres and styles, including an award-winning 3D CGI animated series, digital video content, and music videos. The Talking Tom and Friends franchise also now includes a brand new, action-packed animated series called Talking Tom Heroes, based on the superhero versions of Outfit7’s iconic characters, which was created to complement the launch of Talking Tom Hero Dash.

Talking Tom Hero Dash features five wildly different worlds, all of which have been vandalised by the raccoons. Your mission is to repair the damage caused and reassemble your superhero team, Talking Tom Heroes.

The 3-lane runner gameplay is fast, fluid, and made extra exciting by the inclusion of awesome superpowers. That being said, despite being a superhero, you’ll still need to carefully dodge hazards, remain cautious of stray raccoons, and collect as many coins as possible. 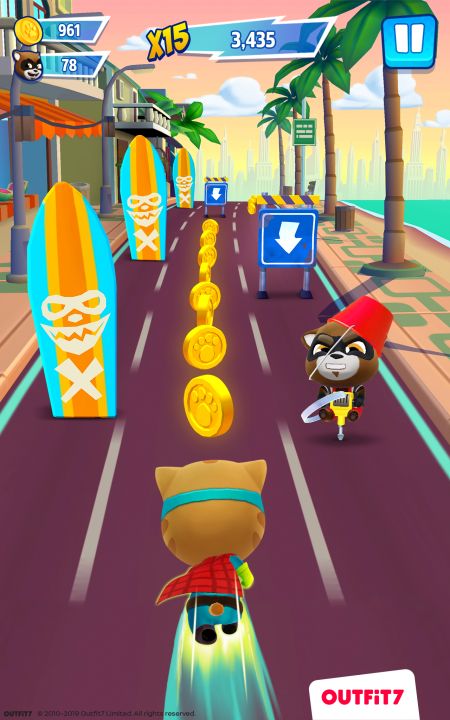 Coins are used to rebuild each of the game’s levels. Once you’ve managed to restore the level to its former glory, your next challenge will be taking on a dangerous boss. For sure, you’ll need to make expert use of your skills, powers, and gadgets in order to win the day and rescue another playable teammate.

The Talking Tom Heroes have had so many thrilling adventures that it’d be impossible to fit them all into one game. That’s why Outfit7 has put together a great animated series on YouTube that explores more of the team’s missions and exploits.

Preregistrations for Talking Tom Hero Dash will open on May 15! Stay tuned – we’ll share the link!