Symmetria: Path to Perfection, or simply Symmetria for short, is a new iOS and Android puzzle title from Platonic Games, and it is seemingly what it sounds like – a “fast-paced puzzle game about symmetry,” as its makers call it. Platonic refers to this game as one that scratches the itch within us to “do weird things” – little perfectionist things such as eating M&Ms in a specific color order, or making sure not to step on the floor lines. But in the end, it’s a game about symmetry, and one that you can play simply by tapping on the squares to reflect the pattern. There are more than 75 levels with varying mechanics, a variety of modes, including the ability to compete against friends, and color-blind mode – a feature that’s increasingly becoming a must in puzzle games.

This is a game that could be a real brain teaser, and it’s all about improving your visuo-spatial ability. So how can you complete more levels and solve some of the more difficult challenges in the game? We hope to talk you through those things in this list of Symmetria tips and tricks – can you follow the path to perfection each time, every time?

1. Copying The Patterns Is Easy

Symmetria will allow you to copy existing patterns simply by tapping on the required boxes on the side or at the bottom of the screen. Copying mirror images from then side has been described as being rather easy, so there shouldn’t be much to worry about if you’re thinking about how an image on the left would appear on the right, or vice versa. It may be a bit harder to copy patterns from the top to the bottom, though still not difficult compared to the other things you have to do in the game.

You also have the option to play the game in landscape or portrait mode. It all depends on your personal preference – if you complete a level in the required time more often in either mode, you should go with whatever orientation fits your comfort zone. You may, however, need to change orientation from time to time so you can see details you may have missed in your preferred orientation.

2. Play All The Game Modes

It’s a good idea to play as many game modes as possible on a regular basis, or to play all of them at least once to see which one you prefer the best. Endless is the classic casual mode that allows you to go as long as possible in single-player. Campaign is a series of levels you need to complete in order, with each level progressively harder than the last. Both Endless and Campaign come with time limits, so it’s important that you find the balance between speed and precision. Lastly, you’ve also got Battle mode, which has no time limit, but challenges you to complete a puzzle before your opponent does.

As an aside, and to address one of the key points in the game overview, Symmetria has a color blind mode, which lets you play the game in black and white. So if you are indeed color blind, you’ll want to play the game in this mode so you can get the best possible results.

3. Each Puzzle Can Be Solved In Many Ways

Speed/quick thinking may be a key requirement for success in Symmetria, but the good thing here is that you aren’t limited to solving a puzzle one specific way. You can also employ any number of strategies to complete the puzzles, though as we’ve seen, the best thing to do may be to complete each layer once the pattern has become so convoluted. Alternately, you can begin working in the middle/inside part of the board, then work your way moving outside. Again, the key here is to be fast and precise – it’s challenging, but nothing that can’t be achieved with some practice.

4. Be Aware Of The Challenges That Await

If the message wasn’t clear early on, we shall say it again. This is quite a challenging puzzler. And you will likewise have to deal with a myriad of challenges along the way, such as surprise block colors coming into play, shakes, and bomb trolls. If they interfere with your game, you’ll have to repeat any pattern you messed up. That’s going to cost you seconds that you can otherwise use in making sure you complete a level as quickly as possible, and even if you do complete a level, you may end up behind the world average, which isn’t a good thing if you’re playing seriously and wanting to be better – much better – than the average Symmetria player.

5. Use One Color For Starters In The Harder Levels

In the later stages of the game, you’ll be dealing with boards with different colors. If that’s the case, you should tap on identical colors first, and choose one specific color to complete before you move on to the others – one at a time should do you fine. Be prepared as well to tap twice to change to the required color – by tapping on one color at a time, you can save some time when doing this. Focus on one color at a time and you’ll be able to get through the harder levels faster.

6. Use Larger Phones Or Tablets When In Battle Mode

Of course, this only applies if you have the right kind of hardware, but if you want to be successful in battle mode and have multiple devices, you should be using the larger one. If you’re using a smaller phone, you may have a hard time navigating the challenges, particularly the bomb trolls who release additional boxes, or pull down boxes that you had previously tapped. Things get easier if you’ve got a large phone or a tablet on you, but regardless of the size of your device, it’s important to always be vigilant and on the lookout for trolls and other challenges so that you don’t repeat things you’ve already done.

That’s it for now, as far as our Symmetria tips and tricks are concerned. As always, if you know additional hints, feel free to leave a message in the comment section! 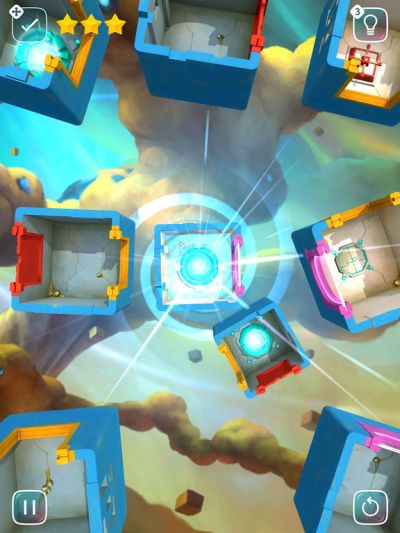 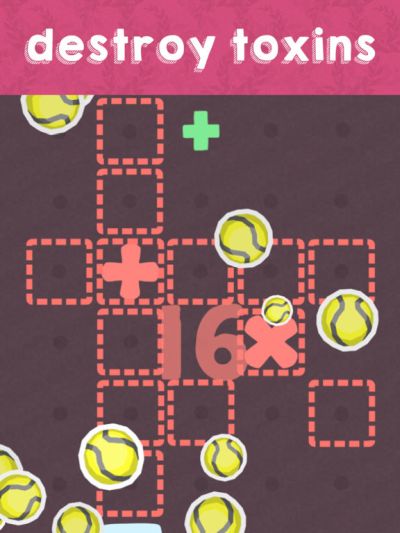