Like any game adaptation of a popular series, the fun and excitement that Sword Art Online Alicization Rising Steel brings revolves around the host of characters you can collect and play with especially as you mix and match your favorite characters to have your very own dream team. Despite best efforts for developers to keep characters in any game as balanced as possible, there will always be differences in either power or overall effectiveness for each one.

Additionally, rarity systems almost always make it so that higher rarity characters are perceptively stronger than their lower rarity counterparts. In Sword Art Online Alicization Rising Steel, the same holds true for the most part as 4-star characters are the ones you would definitely want on your team.

As one of the main characters introduced in the Alicization Arc of the SAO series, Alice Zuberg is known to be a formidable Integrity Knight determined to master the Sacred Arts. As the series presents her in different ages and appearances throughout the story arc, there are various versions of her available in Sword Art Online Alicization Rising Steel as well. If you have played a bit and just enough to engage in a battle with a supporter, chances are that you will mostly see Alice [Osmanthus Knight] as the choice supporter character of other players. This is hardly a coincidence and is certainly for good reason as Alice [Osmanthus Knight] proves to be the top pick for almost everyone’s list.

This version of Alice is mostly popular in the game because of her high attack stat values and her AoE skills. Horizontal A+ is a powerful slash attack that damages all enemies. It also boosts incarnate by 10%. Skill Connect Back Rush B+ deals high damage to a single target and is great to save as a finishing blow. Beyond that, this break attack also lowers an enemy’s magic attack by 10% for a turn and causes incarnate break by 50%. While both assault and break skills will always find its use in both PvE and PvP combat, yet another great skill to have for any party is Alice’s enhance skill, Mind Barrier. Mind Barrier raises magic resistance of all allies by 20% for two turns and is great to have as well in both PvE and PvP combat. Alice’s ultimate or incarnate skill, Enhance Armament also deals great AoE damage to enemies.

Ronye Arabel, or Ronie may not be a consistent fan-favorite as a supporting character in the Alicization Arc of the series. Sword Art Online Alicization Rising Steel, however, gives players a lot of good reasons to prioritize getting her early on. Truthfully enough, most RPG players tend to put more favor in offensive characters, particularly high damage-dealers that lead their team in combat. From a more objective standpoint, though, banking on defensive capabilities and survivability, especially in team-based games, works well in every possible scenario. As healing is a very important skill to have in Sword Art Online Alicization Rising Steel, then you might as well go with the best one currently available.

Ronie [Budding Justice] is not who we consider as the best healer just because of one mass heal skill, her offensive prowess in combination with the mass heal is what made her our #2 hero in the game. For starters, Heal Durability does medium heal on all allies and works great even on higher level battles. Our favorite among Ronie’s skills is Luminous Lancer A+ as it not only deals massive magic damage on a single target but also deals continuous damage for 3 turns. Break Yell plus may not come as a favorite enhance skill as it raises incarnate break of 1 ally by 2.25 for a turn but used strategically in the right situations, can turn the tide of battle. Last, but definitely not the least, is Ronie’s AoE incarnate skill, Divine Luminant, which does strong magic damage on all enemies.

Kirigaya Kazuto or more popularly known by his virtual persona, Kirito, definitely takes a good spot in anyone’s top picks. As the main protagonist of the series and as someone who has proven himself to be no mere ordinary player, Kirito has done extraordinary feats in more than one occasion and has showcased his strength not just in combat, but in analysis and exhibiting leadership as well. Similar in skill types as Alice [Osmanthus Knight], this version of Kirito may not be as powerful considering offensive strength per se, but his sheer versatility makes him an overall great unit to have in any party.

First off, Vorpal Strike is a top-notch single target assault skill and can dish pretty decent damage. Vertical Arc may not deal as much damage and likewise targets only one enemy, but its added effect that reduces the target’s attack value by 10% for one turn plus the added break effect makes it a very helpful debuff skill especially in boss battles. Kirito’s enhance skill, Protect Barrier, is likewise great to have for more defensive plays as it increases the entire party’s physical resistance by 20% for 2 turns. Kirito’s incarnate skill also deals huge damage to a single target.

Our next pick is no other than Kirito’s cousin and adoptive sister, Kirigaya Suguha more popularly known as Leafa. As a main character in the Fairy Dance story arc of the series, Leafa has been portrayed as more of a support type magic user. Thanks to her kendo training, though, she also has great skills with a sword. In Sword Art Online Alicization Rising Steel, Leafa may not sport as much raw power as other characters but one of her assets is her speed, potentially allowing her to squeeze in more turns and skills than most units in combat.

In essence, Leafa possesses the same skill type combinations with Ronie and while Ronie has a clear advantage as far as dealing damage is concerned, there are some strategic advantages to having a fast team member. Heal Durability does almost as much HP recovery as Ronie’s healing skill and likewise does it for the entire party. Sonic Leap does decent damage on a single target and Charge Yell raises incarnate charge for one turn by 2.25 for an ally. Fenrir Storm, Leafa’s incarnate skill, also deals decent slash damage on all enemies.

Sword Art Online’s deuteragonist for the Alicization Arc, or at least the first half of it, Eugeo, is our next pick from among the 4-star characters in the game. Eugeo [Blooming Rose] does pretty good damage and also sports a high HP stat, making him able to take in more damage than most characters in the game. To top it all off, he also has a heal spell which he can use on a single target and can help sustain his survival as well.

Eugeo’s first skill, Skill Connect Slant, does decent slash damage on a single target, boosting incarnate charge by 20%. Aqueous Stream is Eugeo’s main damage-dealing skill. It deals massive magic damage on a single target and consequently inflicts continuous damage for the next 3 turns. Eugeo’s Heal Durability may seem wanting compared to Ronie and Leafa’s given that it only recovers HP for a single target but having it around especially for more defensive plays can further support the team’s survival. Eugeo’s incarnate skill also deals decent slash damage on all enemies.

For our sixth pick, Yuuki Asuna or simply Asuna in the world of Sword Art Online takes the spot. As the main heroine for the series and Kirito’s partner both in the virtual world and the real one, Asuna has consistently displayed her skills in combat throughout the series. In Sword Art Online Alicization Rising Steel, Asuna [Fierce Flash] just does not cut it to be within our top five but just the same, still offers a good deal of skills that will be most useful for battles where her main role is either to be the main damage-dealer or to further up the attack values of the rest of her allies.

Truthfully enough, Asuna exhibits damage as high, or potentially even higher, as our top damage-dealers do but and far as offensive buffs go, Asuna’s Sharpness Yell, which raises attack values of all allies by 20% for two turns, is a huge damage booster and can definitely lead to finishing battles quicker. Additionally, this comes well with her assault skill, Skill Connect Quadruple Pain. On top of the heavy single target damage it deals, this skill comes with a 20% reduction in the target’s physical resistance for a turn. These two skills are definitely great to strategize around with.

Asuna’s charge attack, also does decent thrust damage on a single target and her incarnate skill also does great single target thrust damage. As some enemies may be particularly prone to thrust sword skills and given that all other heroes above predominantly have slash style, Asuna makes a great team member to have especially if you are going for variety as far as sword skill styles are concerned.

Konno Yuuki, also known as the Absolute Sword in the world of Alfheim Online, is our next pick. While the second leader of the Sleeping Knights guild and potentially the top duelist in the Alfheim realm is a crowned player in the series, we cannot consider her as well to be among the top half of our list. Yuuki [Engraved In Stone] is a pretty decent character in Sword Art Online Alicization Rising Steel, though considering overall strength and utilization, the above characters simply outshine her.

Overall, Yuuki is a pretty decent damage dealer, though she lags behind most 4-star characters in that department. For teams you need in a more defensive stance, though, Yuuki comes as among the best candidates. Spinning Slash, which is a charge skill, does medium damage to a single enemy . Sonic Leap is Yuuki’s stronger slash attack an likewise damages a single target. Her top skill is Heal & Evade, which recovers her own HP and grants her a 50% evasion rate boost for a turn. Mother’s Rosario, her incarnate skill, does high damage on a single target as well.

Tiese Shtolienen, Eugeo’s valet and another supporting character in the Alicization Arc, stands at the bottom of our list for the first eight 4-star characters in the game. Tiese [Fiery Determination] is actually a pretty decent character and is still more valuable than any 3-star pick but again, compared to the characters in our list, lags behind in terms of overall strength and utility. Given that her enhance skill provides a boost to magic damage relative to the current roster of characters where there are way more physical attackers, we are fairly certain that Tiese’s value will get a boost later on as more characters and character versions that deal magic damage come into the game.

That pretty much sums up our ranking of the first eight 4-star heroes in Sword Art Online Alicization Rising Steel. Keep in mind that as more characters get introduced into the game and as some of the existing characters may go through some adjustments on later update patches, each character on this list’s value may be impacted. Likewise, keep in mind that lumping together the top-ranked heroes into a party may not always work out well. As each character has his or her own set of skill types and strengths, and with elemental affinities to consider as well, there is more to effective team-building than simply taking into consideration each one’s rank in any tier list.

We certainly hope that our guide has helped you decide which hero or heroes to go or aim for in your rerolls or succeeding pulls and that you enjoyed reading through it as well. If you would like to share your view regarding your favorite characters in the game that you feel has been unfairly considered as far as ranking in our list is concerned, we welcome your opinion so feel free to share them below! 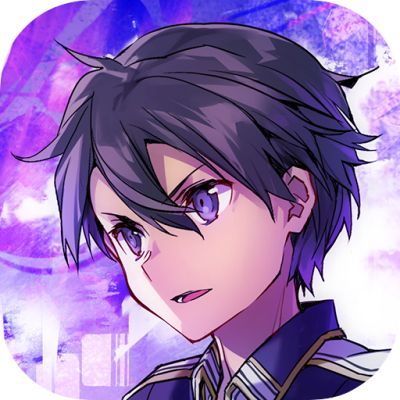 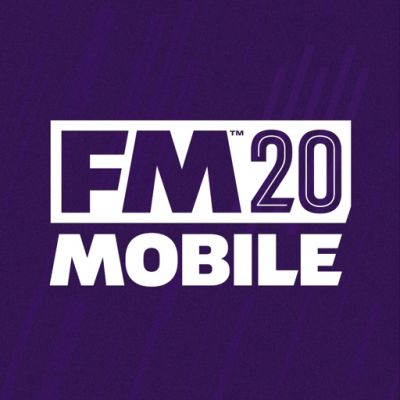