SYBO Games’ long-running mobile title, Subway Surfers, has improved over the years and the developer has also released a number of coupon codes out to the worldwide web.

What’s Subway Surfers you ask? In case you haven’t heard of it, it’s an award-winning endless runner game similar to its sister game Blades of Brim. You follow a group of mischievous youngsters who try to outrun the police through, you guessed it, subways and tunnels.

Your goal is to jump over obstacles, dodge oncoming trains, slide and roll under signs, and collect loot as you pull off your sick stunts. Hit any of the obstacles and you might get closer to being caught! After all, better that than actually being hit by a train. If you’re looking for ways on how you can get better at Subway Surfers, look no further than our beginner’s guide.

If you’re here because you’ve been drawn to the mystery of coupon codes, then you’ve come to the right place! Read on and we will teach you how to use these codes and redeem lots of prizes.

Coupon Codes? What Are Those?

In this day and age where games keep up with their growing playerbases, it’s up to the developers to find ways to keep these playerbases intact and satisfied. With every update that they churn out, developers can’t truly please everyone, but there is a way they can keep players engaged in playing their game and that’s through coupon codes.

Such codes, when used by players, can be used to redeem various prizes. From cosmetics, to boosts, to premium currency, coupon codes are freebies straight from the developers to the playerbase. These are usually released on the developer’s social media to promote a holiday, a special event, an anniversary, a major update, etc.

If you’d like to know how to redeem these wonderful codes, keep reading!

How To Redeem Coupon Codes In Subway Surfers

Redeeming coupon codes in Subway Surfers is a breeze and below is a step-by-step list of how you can do it.

Step 1: Go to the Settings

On your main screen, find the settings menu. This can be done by tapping the gear-shaped icon on the upper-right corner of the screen.

Step 2: Scroll to the Bottom

This is the Settings Menu. To find where you can redeem the codes, swipe upwards to bring the whole menu to the bottom.

You will find a menu item that says Unlock Codes. Tap this and a dialogue box should open.

This is where you enter the code.

Step 5: Tap the Check Mark to Claim Your Prize

After entering the code, tap the check mark to redeem the reward of the code. The game should prompt you instantly.

Now that you know how to redeem codes, it’s time to put this knowledge to action!

Below is a list of codes for Subway Surfers. Do note that while most of these are expired, you may bookmark this page to keep track of new releases.

These codes are case-sensitive.

Where Can I Get More Subway Surfers Codes?

The only way you’ll be able to get more codes is to keep yourself in the know by following the developers’ social media pages. Follow them on Twitter, like their pages on Facebook, and if they have a Discord server, join it. Conversely, you may also bookmark this page to be up to date with the codes. 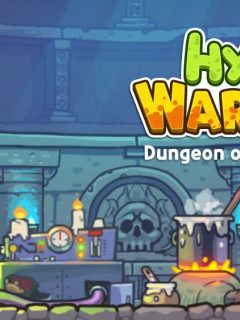