Yet another gaming giant has come out with a new update to a Star Wars mobile title in the run-up to Star Wars: The Force Awakens. And with that movie out and having earned all that money in the box office, it’s about time we focus on Konami’s popular Android and iOS title Star Wars: Force Collection. As you may have guessed, this is a TCG, or trading card game, where you can collect more than 400 cards and vehicles, including iconic characters from the original trilogy like Darth Vader and Luke Skywalker. Like in other TCGs, you’ll be tasked to strategize and come up with the best possible battle formation, and analyze all those stats to come up with the right cards to play – these stats include card skill, attack range, and force attribution. And lastly, as far as basic features go, you can play those cards/decks with players from all around the world.

Trading card games, especially those from reputable publishers, tend to be very detailed and come with quite the learning curve. We hope to make that curve a little less steep and advise you on different aspects of this game through this Star Wars: Force Collection ultimate guide, with the first part focusing on general tips.

1. Have The Right Type Of Allies Backing You Up

When it comes to formulating a strategy in Star Wars: Force Collection, the most important aspect to keep in mind is your allies – who are they, and how can they help you? These are the allies that will have your back in battles, helping you out in the fight. Consider how you relate with your allies, as well as their stats – all of that will play a part in how many Ally Points you earn, and how you’ll be able to use them.

In relation to the above tip, you can gain Ally Points by using your allies and interacting with them. Reaching 200 Ally Points would allow you to draw from the card packs and add new allies to your team. And if you’re wondering about the interaction thing, this would include sending them messages, fighting alongside them, and utilizing them in battles.

Having more allies on your side allow you to earn extra statistical points which can then increase both your energy points and your CAP (more on that in the second part), as well as your strength and the number of cards you can use in battle. And once you’ve reached Level 20 and been allies with someone for two weeks or more, you’ll then get a chance to trade cards, vehicles, and blueprints. You can also give gifts to allies so you can ensure that they’ve got high-level objects; gifting, as opposed to conventional methods, gives you a workaround for trading challenges. Bear in mind, though, that you won’t get a gift in return if you give one to somebody else.

Why should you follow the quests in this game? Aside from keeping you on the right track – you probably know that already – going on quests is the main way in which you can acquire experience points in this game. There are limits to questing, such as a set number of energy points which you’ll need to optimize; each quest costs you one energy point. But for each energy point you lose, the game will give you one XP. You can also use quests as a means to gather stack cards and blueprint pieces.

All in all, there are six planets to explore and 36 locations (six per planet), giving you more than enough variety when trying to explore and gain XP.

4. Beware The Bosses, But Fight Them If You See Them

Of course, you’ll have to be on the lookout for boss characters, who are much tougher and stronger than the regular enemies. The good thing, however, is that beating bosses allows you to earn some great rewards, which may include crystals. Provided you’re reasonably strong enough to fight them, then go ahead and take ‘em on in a boss battle!

5. Explaining The Types Of Currency

The types of currency in Star Wars: Force Collection are quite varied, and crystals, while sounding like the premium currency – and being considered premium – are actually one of the most common types of currency. Points and credits can also be considered as currency, so can blueprint pieces, card packs, and even credits and points. The blueprint pieces combine to form a blueprint, with each blueprint coming with a specific number of pieces that you’ll have to complete and assemble. Blueprints, once complete, can then be used when making vehicles; as of the initial release, there are 28 blueprints, which you would generally earn when you’re fighting in quests and battles. But those aren’t the only places where you can score blueprint pieces, as we’ll be telling you below.

Although each blueprint is made out of only six pieces, you can’t get all the pieces via battles or quests. Two of those six would need to be won in player vs player mode. Completing a blueprint, which would normally cost 100 legion points each at the lagoon shop, will improve your attack and defense numbers, and also level you up. Make sure you protect your blueprints sufficiently, because you can lose them in PvP if you lose the battle.

7. A Quick Guide To The Planets

If you’re already well-versed with the Star Wars franchise, then this tip may arguably be unnecessary, and merely nice-to-know information. But if you only watched a few movies in the series, or maybe even none of the seven movies, here’s a brief description of the planets and what you can expect in there.

Tatooine is best known as the territory of Jabba the Hutt, as well as the pod races. It is a dry planet with vast deserts.

Endor is actually a moon, the largest among those orbiting around the planet Endo. It’s home to the fuzzy, furry Ewoks – they may look very much on the cutesy side, but they can hold their own in battle and are well-versed with the woods of their home territory.

And what about the other planets? Geonosis is, like Tatooine, a desert-dominated planet and is also best-known as the first capital of the confederacy. It’s also quite a deadly place to be in, with wide stretches of fiery, burning lava. Naboo used to be the home of the Gungans before it was taken over by human colonists. Last, but not the least, Kamino is covered by water for the most part, and it’s where the clone army is created. Things can get quite dangerous at Kamino.

Card packs are completely random – that’s the first thing you have to know about them. All cards are rated from one star to five stars, all based on overall stats. But there are some card packs that give you a better chance to draw a rare card; if you can afford it, go buy them.

The Silver Pack, for starters, allows you to have a better chance of drawing two-star cards. Gold Packs boost chances of getting a three-star (rare) card or better. Lastly, you can also go for packs that can give you a double boost, triple boost, or quintuple boost to your stats.

9. How To Get More Crystals

Crystals are relatively easy to find in this game, but they are also its premium currency, which the game suggests you use for energy points (we say no to this) and battle points. You can also use crystals for speeding up the manufacture on a vehicle, though again, you wouldn’t want to spend premium currency on a speed-up when you can just wait and let the construction be finished for free. Additionally, crystals are used to enhance existing cards and buy card packs.

The easiest way in which you can get free crystals is to enter the referral code of a friend, or asking them to enter their code after they’ve referred you. Joining special events is also a good way to acquire crystals, but one thing we’ve noticed about the game and how Konami (and some sites) promote it is that the social element is truly focused on here. Many complete strangers share their referral codes on online forums, and while that may sound like a great way to get free crystals while it’s still allowed, there’s also a chance Konami may nerf or remove this feature. After all, it doesn’t exactly seem right for people to take to the Internet and unabashedly post their codes for everyone to use.

10. Enhance And Evolve Your Cards

You can enhance your cards to make them more powerful, though there’s a price for that; doing this will cost you some credit and crystals. You can only enhance as far as your credit or crystals can take you, with the rarity of the cards also playing a role in this area. Evolving cards, on the other hand, involves combining two cards to create a more powerful, singular card of an identical type.

Make sure to enhance and/or evolve your cards when you could, preferably at the same time for a really dramatic improvement to your power and overall stats.

Now, that you’ve learned some general tips on how to succeed in the game, we advise you to head over to the second part of our Star Wars: Force Collection ultimate guide, which deals with battle strategies. 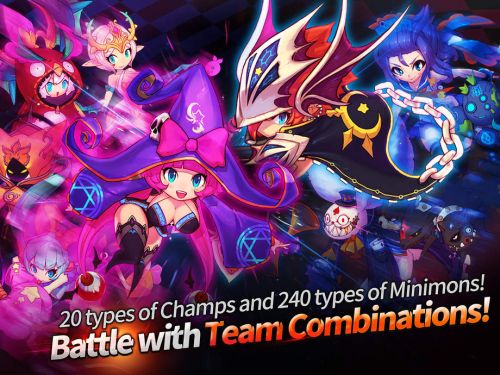 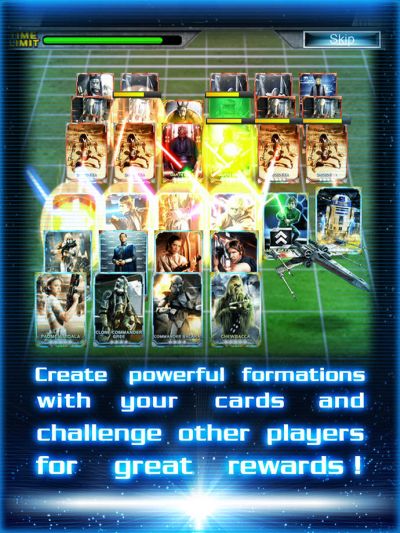