Star Wars: Force Arena is the newest mobile title based on the Star Wars franchise, and it comes to us from Netmarble, with the game now available for both Android and iOS devices. While the premise of leading a team of Star Wars characters isn’t anything new, even if your choices now include some new characters from Rogue One, what strikes us as different is the fact that this game is a CCG – a collectible card game. We don’t always see card battlers based on Star Wars, and in this game, you will have the choice of more than 80 upgradable characters and units, as you try to build the perfect deck and defeat more and more players from around the world. You can play the game by yourself, or team up with friends in Guild mode, and defeat opponents in the arena to soar up the leaderboard and win better prizes.

As is the case with most other trading card games/collectible card games, the mechanics of this new title cannot be picked up in one go. There are many things that you have to keep in mind when building your deck and playing cards in battles, but we hope to simplify things for you with this list of Star Wars: Force Arena tips, tricks and strategies. While most of the tips are designed for beginners, there may be a few things or two you could pick up if you’ve been playing the game for some time.

1. Why Should You Play Training Mode?

Many players believe that the best way to see how your new heroes or cards perform would be to play them against a real player in battle. The same applies to card decks in general – you’ve got a new deck compared to the last time you played, so why not give it a spin in a PvP battle? But that’s the thing about this method – you don’t know how things are going to play out, so you are therefore risking defeat.

Instead of giving your new stuff a whirl against real players, why not play in training mode first? You will be facing AI opponents, who are just about as dopey as your average mobile game AI – you can easily see a card’s strengths and weaknesses that way. Furthermore, there aren’t any stakes when you’re in training mode, so there’s no pressure whatsoever to play the right combination of cards; you can fool around all you want and test things out before the actual battle begins!

2. Complete Both Basic And Special Missions

Star Wars: Force Arena comes with two types of missions, and you can access the missions screen in the upper right corner, right next to the settings. First off, you’ve got your Basic missions, which you should complete if you’re trying to unlock new heroes; these aren’t the only freebies you can earn through the Basic missions, but this is a good way to stock up on heroes. Then you’ve got your Special missions, which are available only for a limited time, but come with better rewards. It’s important that you collect the rewards for each mission, because unless you do, you won’t be able to move on to the next ones.

3. How Can You Get More Card Packs?

Card packs will play a big role if you’re trying to beat more opponents and progress through the game. But how can you get more of them? One way would be to win battles – as a reward, you’ll get one Victory Pack per battle, with a set time before you can open them and access their content. The longer the wait, the better the cards. You can also receive a Play Pack, which is available after each ten battles, win or lose, and a Free Pack, which becomes available every few hours or so.

The contents of the Play Packs and Free Packs aren’t as good as what’s inside the Victory Packs, so you should always be playing to win. And when it comes to maximizing your time in the game, you can work on those high-tier cards right before going to bed so you don’t have to wait too long while awake, then work on the cards with a shorter unlock timer while you’re active.

4. Should You Buy Card Packs With Crystals?

It’s also possible to buy cards with crystals, which are the game’s premium currency. But the catch here is that your rewards will always be based by your tier; if you really want to spend your crystals on cards, it’s best that you wait until you’re at a high enough tier. We would recommend waiting until you’re at Decent, as that’s the highest one you can reach before the difficulty starts ramping up. Still, what we told you above applies – it all depends on the tier you’re at, so try to be more than just “Decent” so you can maximize the value of any cards/card packs you buy with crystals.

5. How Else Can You Get More Heroes?

Moving on to heroes, we already mentioned that completing missions is a good way to add to the number of heroes you have. But you can also win heroes while playing the game like you normally would, so it also pays to be a regular player. It’s a good thing to be trying to collect as many heroes as possible, as you’ll need a good stable once you get further into the game.

Once you start playing Star Wars: Force Arena, you wouldn’t really have much of a choice – with such a basic deck of cards and few alternative options, you have to make do with what you have at your disposal. But as you continue playing the game, you should be regularly upgrading your cards; in order to ensure that you have a sufficient amount of credits for upgrades at all times, we recommend sticking to, and focusing on one faction when performing your upgrades.

Going to the in-game shop could also open you up to some possibilities that you might not have imagined. You’ll be able to buy cards of varying rarities, and that includes Epic cards, which could do your deck a world of good but command a premium asking price due to their power. Before spending any credits, make sure that you know what you’re buying, and that you have enough to cover the costs of a new card(s).

Now that we’ve taken care of the basics of deck building, let’s talk about a few things you should keep in mind once you’ve become more well-versed in this facet of the game.

Once you’ve unlocked a good number of cards, that’s when you should be more mindful of the cards you’re upgrading. Save your upgrades for the cards that you want to be playing most, if not all of the time. At that point, it would be a good idea to head to the trader and exchange ten cards you don’t need – preferably the common ones – and get one card of a higher rarity level in return. You will also be able to perform a fairly even trade – one Legendary card of your choice for a completely random Legendary card. Follow the above steps and you’ll be able to have a solid deck without having to spend a single cent of your real-life money.

The actual deck building process requires you to keep several things in mind. First thing would be to remember that you’ll usually get a very strong card if you’ve got a unique leader unit. Go for the perfect match whenever possible, and like you would in other CCGs, come up with a good balance between cheap troops and expensive ones. You’ll need your share of affordable troops, as it’s easy and quick to spawn them and deploy them in bulk against opponents. But if you build a deck merely consisting of low-cost troops and little else, you might have your hands full against tougher opponents. Who knows – their weakness could mean the opponent completely owns you with a simple airstrike or similar move. It’s still best to balance cheap and expensive cards, while keeping energy costs within the 3.0 and 3.3 mark.

We’ve said it so many times before, we almost believe we should give it a rest at some point. But since a lot of players focus on offense instinctively, we should say it once again – the best offense is a good defense. Thanks to your turret, you’ll have a little edge over most opponents on defense. This is also important because you should be looking toward keeping your hero alive, while being careful not to use your health refills recklessly. Still, having a good offense should not be overlooked. If you’ve got your energy meter filled up completely, you can launch a more concerted, more potent attack against the enemy.

9. Should You Change Lanes While In Battle?

Changing lanes, or the option to do so, is mainly a feature of MOBA games, but since this game is called Star Wars: Force Arena, it’s also available in here, despite the game’s mechanics mainly centering on CCGs. You can consider changing lanes in certain situations, such as after your Leader has been lost in battle; this could throw your opponent off, as your lane change will often force them to rethink things and choose something else that might work. Just be careful when employing this strategy, as you might end up losing your turret in certain situations.

What else should you be doing in battle to give yourself a better chance of winning? One thing, and a very important thing to do, is to start out with the best, if not exactly the most powerful, cards you’ve got. It’s also essential that you’re well-versed with the cards you’ve got, and that you know each card’s strong and weak points. This is going to allow you to make a more informed decision when you’re playing them, and know which cards work on what opponent. Of course, it’s not a very smart thing to do to randomly play cards while hoping something sticks – that’s what Training mode is for, and we told you several tips ago that you shouldn’t overlook it.

We also mentioned the importance of keeping your leader alive, but one specific reason to do this would be their quirk of taking longer to regenerate after each time they get killed in battle. And speaking of your leader, all you have to do is to double-tap to use his/her special power. Doubleta- gestures also allow you to move your leader as you please while in battle.

That’s all for now, as far as our list of Star Wars: Force Arena tips, tricks and cheats are concerned. If you know additional hints for the game, don’t hesitate to leave us a message! 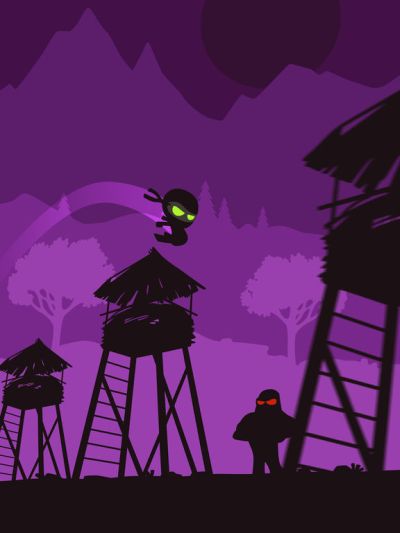 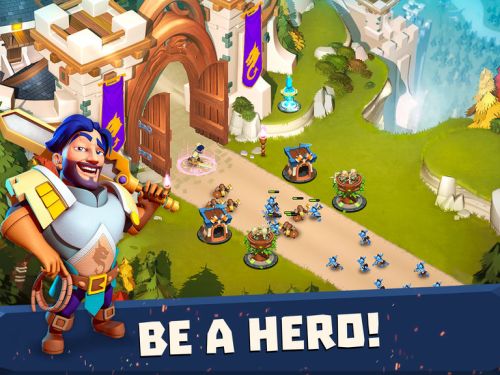 Next
Castle Creeps Tips & Hints: How to Use Lance and Stonelord
Click here to cancel reply.