Game developer Scopely has brought yet another popular TV series to the mobile gaming world in the form of Star Trek Fleet Command! If you are a fan of the iconic series, you should be excited about this MMO strategy game. In this game, you get to unlock the legendary Star Trek characters, then go on various missions and explore new worlds.

We have already published a Star Trek Fleet Command beginner’s guide with tips on how to progress faster in the game, as well as an advanced guide with PvP battle tips and guild strategies, so be sure to read those if you are looking for some useful advice. Now, the developer has just released a major update for the game with a new character and a new faction, among other things, so we are back with another Star Trek Fleet Command guide. The update brings a whole new level of strategy and even more content for you to master. If you’re trying to get the most out of the new update, you will need to unlock Khan and a new faction called the Augments. Still trying to figure out how to get them? Don’t worry because our Star Trek Fleet Command tips and tricks will walk you through everything you need to know in order to build the Botany Bay, as well as unlock Khan and his crew members, plus the new faction called the Augments!

This is the first step towards unlocking everything from the new update. Just go to the Factions tab and click on the Faction store. There you will find the Augment exclusive items. The Botany Bay requires a total of 60 Blueprints. Unfortunately, the most you can get in one day is 36 Blueprints. That means it will take you two days or more before you can get your hands on this ship. 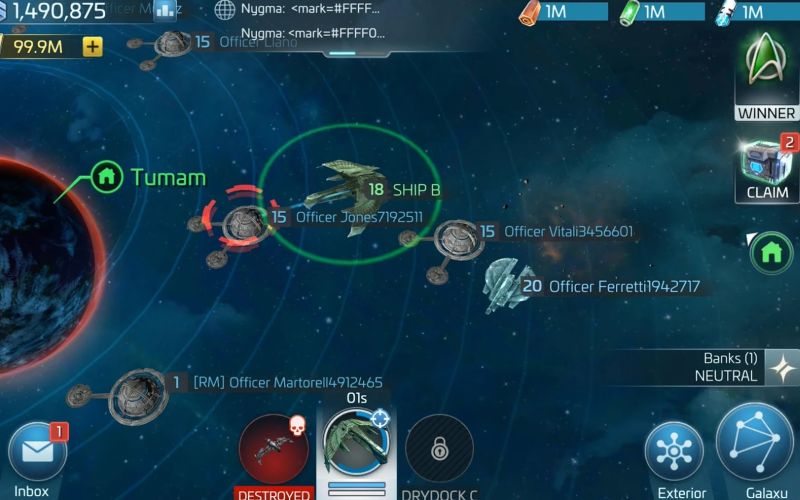 After the missions from Lycia, you can roll over to Xezuk where three more missions are waiting for you. Complete those missions in order to get a few more Blueprints. Remember, the more Blueprints you can get in one day, the faster you will be able to unlock the Botany Bay and the rest of the content from the update.

2. Who Are The Augments?

Zoom into the galaxy map and you will see a red dotted line in the neutral space going into the Augments territory. This indicates the path of the missions that came with the update. You will need to complete the series of missions to gain the rewards related to this new faction.

3. How To Unlock Khan’s Crew Members 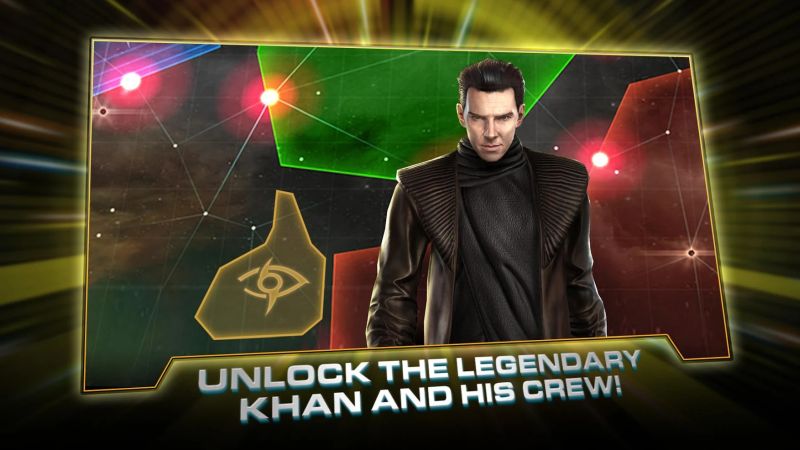 Khan isn’t easy to unlock, so you may as well prepare for his arrival. There are a few members of his crew that you can acquire like Carol and Keesner. Having them on your team will undoubtedly give you a bigger advantage once you finally get Khan. To recruit them, just complete your Daily Tasks and open the Loyalty Chest. If you’re lucky, you can get Carol and Keesner right away. If not, you at least have the chance to get a few of their shards, allowing you to summon them eventually.

Khan Noonien Singh is one of the most popular characters in the series. In the story, he used controlled more than a quarter of the Earth. A character this powerful will surely be difficult to unlock. As we mentioned earlier, building the Botany Bay is only the first step. Once you have assembled the 60 Blueprints and built the ship, you will gain access to a new storyline with its own set of missions. Play through these missions and you will eventually be rewarded with Khan shards as well as tokens that will unlock Khan chests. Complete the necessary missions and you will soon have the legendary Khan under your command.

It’s time to once again boldly go where no man has gone before in Star Trek Fleet Command! Remember the tips and tricks listed above if you want to succeed in your mission!

has no one realized that Carol and keenser are not part of khan's crew? They are part of the Auxiliary Controls group.

Xezuk is a planet in the Amador system.

There is no Botany Bay blueprints in the faction store. Cannot find Xezuk!

I just got the 30blueprints if you go to faction push augments then your blueprints are there you can buy them with augments money you earned. While getting the first parts

Xezuk is a planet in amador. Hope this helps