When the first .io game came out, no one expected just how popular it would become. The game was such a hit that it created an entirely new genre of games. Available on iOS, Spinner.io from Good Job Games is one of the latest contenders in this category. For those who are not familiar with .io games, these are usually multiplayer games where the participants are all thrown into a single arena. Players have to beat each other while protecting their own scores until the end of the match. The person with the highest score in the end wins.

In Spinner.io, however, the participants would be playing as spinning tops inside a circular arena. Similarly to how tops are played in real life, the goal is to bump off the other tops and kick them out of the arena. The last one standing in the end wins the game. The game has different skins for tops, and our Spinner.io cheats, tips and tricks will tell you how to unlock each of them! 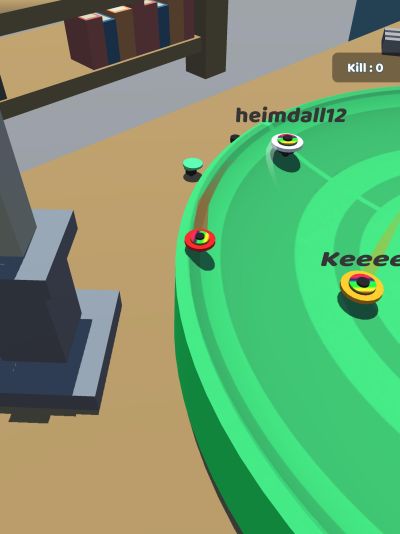 One of the easiest ways to unlock skins is to simply keep playing more games. Several skins are unlocked depending on the number of games you have completed, regardless if you win or lose. Even if you are not particularly good at winning matches, you can still unlock a bunch of skins and look cool if you have the patience to play the required number of games. Check out the list below for the number of games you need to play.

As you play through a number of games, you will eventually gain enough experience to level up. While you won’t really earn a new skin per level, reaching certain level milestones will reward you with skins. We have listed down the milestone levels below, just so you know which skins you can look forward to once you reach them.

3. Watch A Lot of Ads To Unlock More Skins

If playing a lot of matches isn’t your style, maybe sitting back and doing nothing is more suited for you. If that is the case, don’t worry because there are also a bunch of skins you can unlock by simply watching a bunch of ads. Of course, you will need to watch a whole lot of them if you want to unlock a more skins on the list below. 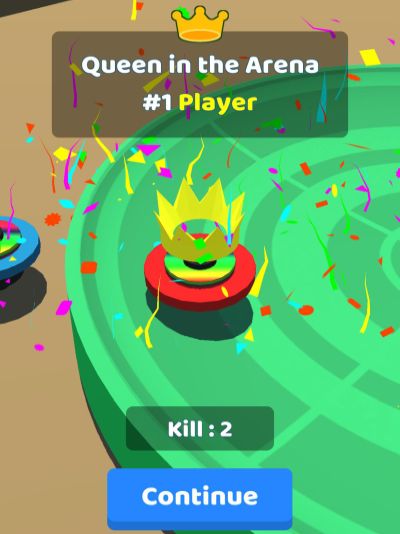 Once you have a better grasp of how to play Spinner.io, it is time to aim for the more difficult skins to unlock. These skins can only be unlocked by reaching milestones in overall number of kills. The good news is that you don’t have to win in order for the kills to count, so just try to kill as many as you can before you get bumped off. Check the list below for the number of total kills you have to make in order to unlock skins. Don’t worry because you won’t have to complete these in a single game.

5. To The Victor The Spoils

The final, and possibly most difficult, set of skins you can unlock are those that are reserved only for winners. You need to reach a certain number of wins in order to get these skins. If you feel confident in your ability to win hundreds of matches, feel free to read the list below for the different spinners you can unlock.

That concludes the list of available skins and how to unlock them. Keep our Spinner.io list of tips and tricks handy at all times if you want to unlock them all!