We’ve already shared with you a general strategy guide for Spellbinders, Kiloo’s new MOBA for Android and iOS devices. But you may also be wondering about certain aspects of the game that need a little more focus, such as the different types of units available to you. But before we get to that, let’s bring you up to speed in case you’re reading about Spellbinders for the first time. This game allows you to choose a Titan, then lead an army of units while launching attacks and casting spells. A lot of tactical strategy is involved here, as Kiloo notes, and you’ll need a lot of that strategy when trying to attack your opponents’ bases. And since this game is mainly considered a MOBA, a lot of its appeal relies on interaction with other real-life players, and climbing up the weekly leagues to earn the grand trophy.

Now, that we’re done with giving you an overview of this game, let’s now take you to a Spellbinders strategy guide that focuses on the different unit types available. Since Theos is arguably the simplest and most popular Titan to use, we’ll be sticking to the units he commands if he’s your chosen Titan and ranking them in terms of siege damage.

Small Units are your most basic units available, and as you can see, they don’t really do much damage in the grand scheme of things. But they don’t cost a lot of mana either, and can be used in a variety of ways, such as softening enemy frontlines, capturing cannons, and attacking enemy bases.

The good news about Archers is that they’ve got the longest range among all units. They also won’t cost you a ton of mana. The bad news? Well, let’s start with how weak they are in terms of HP – they’ve just got one point of it to their name. Place them behind your beefier melee units/tanks, and let them fire away, even if it may take a while for their effect to be truly felt. And have them attack down empty lanes if worse comes to worst and you can’t provide them ample protection through your other units. They can attack units in nearby lanes, regardless of what lane it is, which is a great special skill to have.

The Scouts’ main asset is their speed, which makes up for their lack of Siege Damage and Health. In fact, they’re the fastest units available for Theos, and can be used to get to the cannons for control before your opponents do. And just because they don’t have much Siege Damage doesn’t mean you shouldn’t have them go directly to the enemy base. The best time to do this is when a lane is empty, allowing you a good opportunity to control a cannon, or cannons.

Wizards serve a rather unique purpose in this game, and attack in a similarly unusual way. Mainly, they do not target enemy units, but rather focus on gradually taking down the enemy base. Have a lot of Wizards on your team and you’ll soon find yourself forgetting they only have a couple SD points on them. Keep them protected similarly to how you would protect your Archers.

Compared to Small Units, Medium Units offer more sock in terms of damage and come with more hit points, but cost more mana. Now these units can be used as basic tanks, as they’re slow, yet sturdy enough to protect archers and other units in the back, and thusly soak up a lot of damage. Their offense isn’t that bad, though, same with the Siege Damage ratings for other tanks in this game.

You want to use the Storm Spawn against enemies that are together in a bunch. Like Archers, these are also ranged enemies, but they certainly have better all-around stats across the board. Their lightning strikes can jump around and make their way to nearby enemies, regardless of what lane they’re in. Keep Storm Spawns behind high-HP characters and you’ll be able to make them attack without fear of the opponent getting back at you.

Half-man, half-bull, 100 percent awesome. Minotaurs move at a decent, yet far from blazing speed, and attack enemies in an interesting way. They’ll do 4 damage to a unit when they first collide against them, and after that, they will then attack like normal melee units do. Minotaurs are best-used for softening-up purposes, or for quick and easy kills against smaller units.

Another basic unit, the Large Units can be seen as far more advanced versions of the classical Small Unit. They have more of everything than Medium Units, may it be health, mana cost, or damage, but are also the slowest of the three basic units. That means they won’t drop dead that easily, and can also be used as offensive tanks. It can be a good idea to summon some Large Units to shake things up, but also keep in mind that they cost a lot, and we repeat, a lot of mana.

Now these units are among the most powerful in Theos’ army, and while they may be a bit slow due to the bombs that they carry, they’re very effective when they come in contact with an enemy unit. Once that happens, they will explode instantly, instantly destroying the unit they come in contact with. You’ll want to use the Bomber when dealing with strong, tank-like characters deployed by the enemy. Run them straight to the base and they’ll do a whopping 10 Siege Damage points for you, though you may have to look long and hard for the right opportunity.

Now we’ve come down to our last enemy, and we have definitely saved the best for last. Behemoths have the most health and are tied with Bombers for having the most Siege Damage, but they cost a premium amount of mana. And it’s no surprise why – there’s no question about how powerful they are. Have your Behemoths lead the way in battle, or have them at least stay in front of your Wizards or Archers And so that your Behemoth has a clear path, use your other units to take out the enemy’s first line of defense. 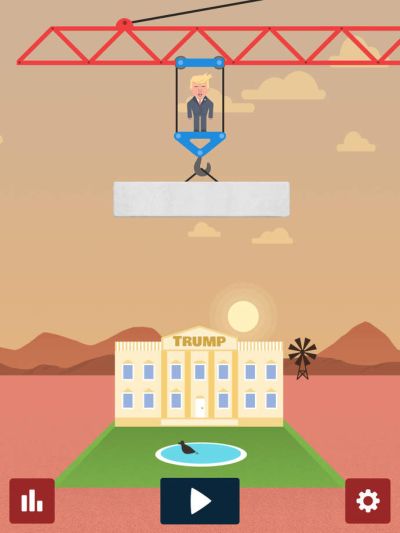