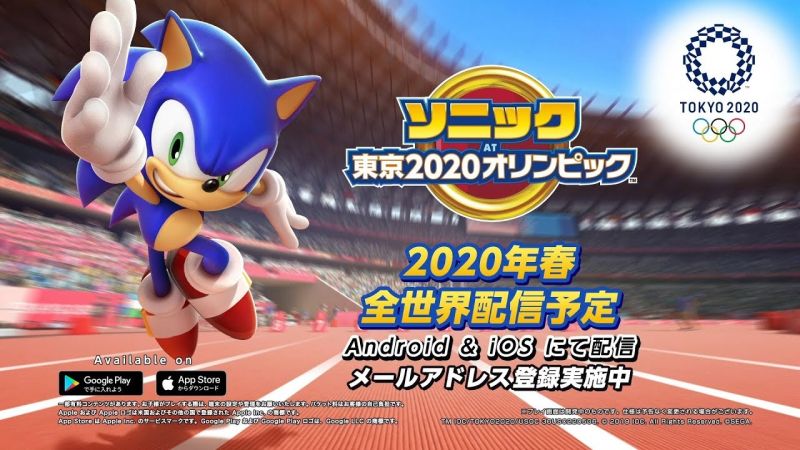 Not to be confused with another mobile game from 2008 with the same title, Sonic at the Olympic Games: Tokyo 2020 features several real-life Olympic events with Sonic-themed twists thrown in. While players participate in sporting events like badminton, archery, fencing, and so on, they will also need to collect golden rings similar to the classic Sonic games. Other characters from the Sonic series will also make it into the game.

Sonic at the Olympic Games: Tokyo 2020 will mostly be a single player title. The multiplayer aspect of this comes in the leader boards where players can compete against the top scores from around the globe. Each event will have its own rankings, with players being able to represent their respective countries.

Sonic at the Olympic games: Tokyo 2020 will be launched on Android and iOS between March and May 2020. Players may sign up to an email subscription to get updates for the game. Those who want to subscribe can do so through the game’s official website.