Ever since a global release was confirmed, all eyes have been on the newest addition to the Castlevania series. Castlevania: Grimoire of Souls is a mobile RPG that features some of the most famous characters from previous games. This includes both Vampire Hunters as well as infamous enemies and bosses throughout the history of the series. 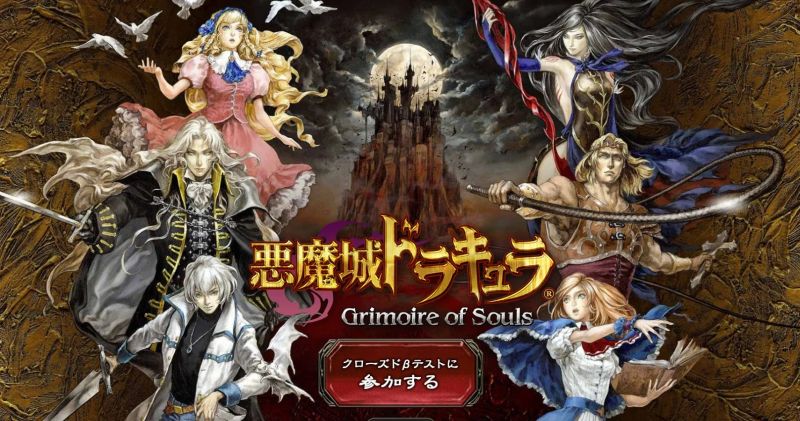 The events of Castlevania: Grimoire of Souls occur years after the defeat of Count Dracula. Things have been peaceful until Genya Arikado receives a letter warning him that the Grimoires have awakened. Players will need to choose one of the five playable characters to take on the hordes of evil and stop Count Dracula once more.

Konami released the official English site for Castlevania: Grimoire of Souls along with a new trailer during the Tokyo Game Show 2019. The trailer reveals a bit more of the actual gameplay. There will be a single-player campaign for those who want the old-school Castlevania experience. A new Bounty Hunt mode will also be available for players who want to team up and take on bigger challenges.

No announcements have been made regarding a specific release date for Castlevania: Grimoire of Souls, but it should be within this year. It will be exclusive to Android and iOS when it comes out. For more updates, players may check out the game’s official website.