Bandai Namco sounds like one of the last companies that would release a game with that “unorthodox adjective ending with ‘y’ + single-syllable noun” formula a la Flappy Bird, Crossy Road, etc. But Slashy Souls is not that type of game. This iOS title may be riding an increasingly popular trend in terms of its name, but this is quite an in-depth, yet more-casual-than-most action title inspired by Dark Souls III. It’s said to be the hardest game ever, one where you can wreak havoc on monstrous bosses of otherworldly horrors and travel further than any other as you try desperately to cling to life. So if this is such an in-depth game with high-end graphics, various weapons, and multiple bosses, why then is it still more casual than your average game of this type? Well, one of the game’s features is endless gameplay.

How can you cling on to life in the self-proclaimed “hardest game ever,” and how can you go as far as possible in this new endless game? Read on, as we’ve got a detailed Slashy Souls strategy guide you might want to check out for assistance on Bandai Namco’s latest iOS title.

Unlike most other games that attempt to break you in with a quick tutorial, Slashy Souls comes with no such opportunity. You’re dropped right into the fray of things, and without proper knowledge of controls, you might not survive long. So what are these controls and what do they do? First off, tapping allows you to use your weapon to attack. You can swipe left or right to roll in the given direction and dodge an enemy attack. You can swipe up to jump, allowing you to climb higher; tougher platforms would require power-ups, which are thankfully available ahead of those bigger jumps. Lastly, the tap-and-hold gesture allows you to block. Defense is very important in a game like this, and the blocking mechanism has been described as a bit dodgy, so you’ll want to hold down for a second or so for your block to go through.

2. Use Your Roll As An Additional Defensive Move

Again, we couldn’t stress enough how important it is to have some defense if you want to last long in the game. A purely offensive strategy is well and good and helps you take out enemies quickly, but you might not stand a prayer against tougher enemies. As such, you’ll have to be sharp with your blocks, even against the less intimidating foes. But since we explained that blocking is, well, a bit blocky in this game, you will also have to use your left and right rolls as defensive maneuvers. In fact, many recommend that rolling be used as your defensive bread-and-butter, as it’s far more effective and easier to pull off than tapping and holding to block. Just make sure not to roll back too far, as you might get caught by the dark fog that always trails your character.

3. Know What Kind Of Spells You Can Cast

Aside from attacking with weapons, you can also attack by casting spells. These include the Great Fireball, which allows you to throw a large fireball in front of you to scorch your enemies. The Magic Shield is a blue shield that allows you to become invincible for a brief period, and is best used in tighter situations, but not in routine defensive situations where a simple block would do the trick. Then you’ve got Great Heal, which manifests as a bright ray of light, bringing you back to 100 percent.

4. You Can Hold One Spell Type Each

The above spells come from different schools of magic, and in the context of the game, that means you can have one of them each at any given time. Also, you will have to use the spell you’re intending to replace if you find yourself encountering an extra spell that you feel would do you good at a later point in the game.

5. More About Defense – Play More Defensively If Your Health Is Low

Above, we told you about how rolling could be the proverbial best defense making for a good offense. Still, you’ll need to keep a balance in most cases. The only time you should stick to a purely defensive strategy is if your health is running very low. Your health sadly takes a good while to regenerate, so you’ll want to block and roll until you’ve got your health back up to a decent level. You can, of course, keep sticking to a balanced game plan, but that might leave you at risk of getting wiped out instantly if your defense isn’t up to par.

Slashy Souls comes with no shortage of items to pick up while you’re on those endless runs. Souls are represented by small yellow orbs, which you can then pick up for a few bonus points. There are also shinier-looking orbs which you can pick up for a greater amount of extra points. Then you’ve got Estus Flasks, which are small yellow flasks that restore your health. Again, your health regenerates very slowly, so every Estus Flask matters.

Additionally, there are weapons that may spawn along the way, giving your character a big power boost, as well as longer attacking range. You’ll usually find those weapons in the higher platforms; be on the lookout for those weapons, and be prepared to make it to a higher path if it means finding a new weapon.

Undead soldiers are the most frequently-seen type of enemy in Slashy Souls. They tend to attack with their shields up, which sometimes results in your attacks getting blocked successfully. If that’s the case, you can try a jumping attack, which is simply done by swiping up to jump, then tapping to slash. That could allow you to get past their shields and get an attack in on those soldiers.

And this completes our exclusive list of tips and tricks for Bandai Namco’s latest iOS mobile game, Slashy Souls. If you happen to know other hints for the game, that we haven’t included in this guide, don’t hesitate to let us know! 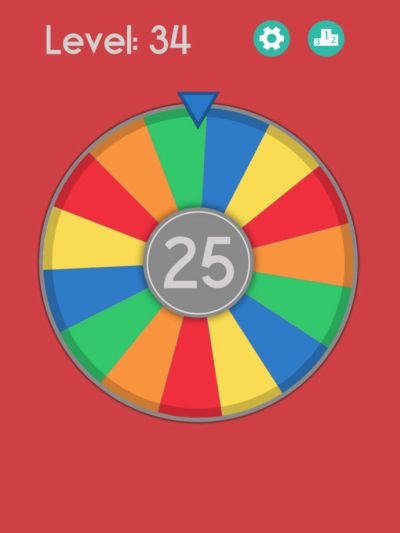 Previous
Twisty Wheel Tips, Cheats & Tricks to Get a High Score and Complete the Harder Levels 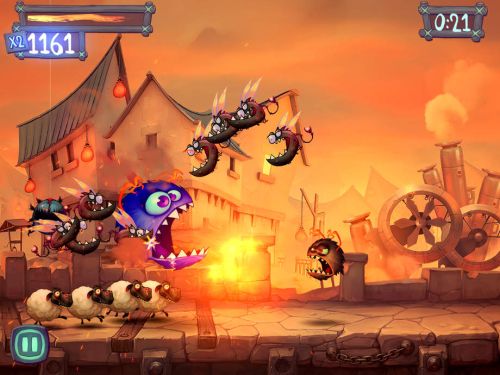 Next
Fire Fu Tips, Cheats & Tricks to Get a High Score
Click here to cancel reply.