Atypical Games announced that Sky Gamblers: Storm Raiders 2 will be available to download from the App Store on November 15.

The creative team behind Sky Gamblers: Storm Raiders 2 is the same one that created the Radiation Island series and Battle Supremacy. Committed to a high-quality game design and innovation, the Atypical Games team puts the player’s gaming experience at the forefront and promises to deliver a unique aerial combat game. 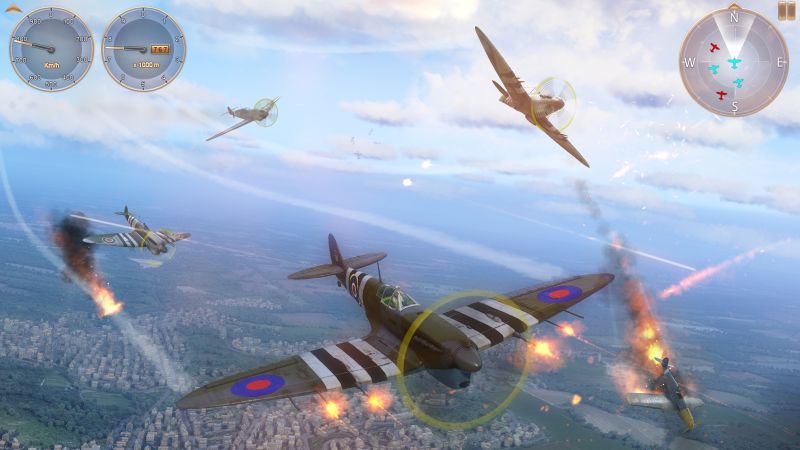 Among the most notable features of Sky Gamblers: Storm Raiders 2, we could highlight the highly detailed WWII planes that include dive-bombers, bombers, and fighters. The battle scenarios in the U.S, the U.K., Russia, Germany, or Egypt are faithfully recreated. The realistic weather patterns are similar to the ones contemporary pilots have to face. Players are given the possibility to customize their planes with original skins or, if they prefer, they can stay true to the history books and use historically accurate skins.

Strategy plays a crucial role in Sky Gamblers: Storm Raiders 2. Players will have to choose their weapons wisely and adapt them to the battlefield (water or ground). Taking off and landing must also be adapted to the surroundings. Making the most of the progressive damage system will allow players to eliminate all the hostile combatants.

Sky Gamblers: Storm Raiders 2 comes with various modes, including a training mode. The cooperative and competitive modes include: Defend the Base, Free Flight, Last Team Standing, Capture the Flag, Last Man Standing, Survival, Team Match, or Free for All.

Whether you decide to play solo or team up with your friends, you can use iCloud to share your progress and climb the Game Center leaderboards. If you think that dominating the skies is something you would definitely like to experience, make sure to mark November 15 on your calendar!