Skullgirls is a new game from the LINE Corporation for iOS and Android devices. This is a 2D fighting RPG based on the popular Skullgirls fighting game series. You can collect, upgrade, and customize a variety of characters in this game, with RPG mechanics that should have longtime fans of the genre feeling “right at home,” as LINE says. As this is a fighting game, you can also unlock special moves and Blockbuster movies that can also be upgraded and equipped. And as far as the fighting mechanics are concerned, you will also have to come up with a lineup of three heroes per team, coming up with the best combination to make the most out of the synergies. You’ve also got various modes here – Story Mode, Prize Fights (a PvP mode where you can unlock new fighters), Daily Events, Training, and more modes to follow as the game gets updated.

That’s the game in a nutshell, and there is indeed quite a lot to learn about this game and how to be good at it. But we’re not here to make things more difficult – we want to make the game as easy for you as possible, so if you’ve just downloaded it for your iOS or Android device, read on and check out this Skullgirls strategy guide and all the tips and tricks within it.

1. Combat Effects In A Fighting Game? Better Believe It

Normally, when it comes to fighting games, everything is straightforward – you may have special moves and the like, but they don’t do anything else to an opponent except do damage. Skullgirls, on the other hand, has some clear-cut RPG mechanics, as we explained in the overview, and these RPG mechanics include a variety of effects that can either be temporary or permanent. In any case, they can either serve as buffs or de-buffs for your team while on the battlefield. (Likewise, they could also serve as buffs or debuffs to enemy fighters!)

For starters, you’ve got Invincible, which makes your fighter just that – invincible and impervious to damage. Immune is the exact opposite, as it makes you unable to perform any action. Unflinching means your fighter won’t react when attacked, while Stunned means they’ll be unable to act at all. Enrage/Cripple adds and subtracts (respectively) 20 percent from your Attack stats. Armor Break affects Defensive stats by 20 percent, either positively or negatively. Regen/Heavy Regen could either add one or two seconds to your hit points. Lastly, Bleed/Heavy Bleed continuously decreases one or two hit points respectively when fired off at an enemy.

Skullgirls, like many other games with an RPG touch to them, allow you to complete daily missions. So make sure you’re completing as many of them as possible, especially if you play the game frequently. You’ll be given up to three a day, so save your free time for completing them, as that could also help you make better in-game progress.

3. Unlocking More Characters: What To Do?

While we would often advise players to stick to a certain number of heroes (usually a couple, but maybe more depending on the game), that isn’t the case in Skullgirls. In fact, you should be actively trying to unlock more characters in here. There are dozens of available fighters, and if you want to get more of them, the easiest way to do so would be to pay real money. But you might not want to do that, and with that in mind, here are the ways you can get new heroes/fighters for free.

First off, complete those story missions, as that could sometimes allow you to unlock new characters, with the rarity and skill of said fighters improving as you go further into your runs. Relics, conversely, can also be unlocked, albeit with premium currency; still, if you complete the dailies, you’ll get a few relics for your troubles. Take things as seriously as possible when playing the game, and if you’ve got some gems, use them to open relics; you can also buy the 10-pack of relics with your real-life money, and that’s going to get you one relic for free. Lastly, Special Events are held on a regular basis, and depending on how well you’ve done so far, you will be grouped accordingly by the match making system. These are all limited-time events, but if you’re able to hit a milestone or rank highly on the leaderboards for these events, you know you’re still in luck.

4. Make Sure You Evolve Your Characters

While it is important indeed to unlock new characters in Skullgirls, you should also evolve the ones you already have. This is where sticking to the tried and tested would apply, because you want your best characters to be ahead of the others, being more leveled-up, with more skills unlocked and more power out there in battle. Evolving characters in specific could improve your performance in battle, but how do you go about this seemingly delicate process? Read on and we’ll tell you in the next tips.

Evolving your characters would require you to sacrifice existing characters you no longer need, or no longer want to deal with. That might not be the best option early on, but ultimately, you’ll want to evolve your go-to-guys; make sure you’ve got some of the same type, and once you do, you’ll come up with a fighter who’s a big improvement over their previous type. Their raw stats may go down after the evolution, but as you level them up, you’ll see the payoff when they turn out to be much stronger than the non-evolved versions.

As this is a fighting RPG, there are also skill trees which you have to follow depending on your play style. You will, at you move on and keep playing, get skill points, which can then be used in unlocking skills. You will also need special keys once things have become a bit more difficult. That means planning your skill tree strategy ahead of time, as well as confidence that you’ve chosen the right thing to do – you cannot unlock all of the skills in this game. Furthermore, you can’t reset skill points once you’ve invested them. That would mean being as careful as possible when making your selection, because all decisions are final!

When it comes to what you should be prioritizing, many believe that Health is the best area to focus on. That, in itself, is the best way to ensure a good defensive team, and you know what we always say about defense vs. offense, right? That said, Attack Damage should ideally follow next, followed by investing in Character Abilities.

One other good thing about Skullgirls is that there are multiple moves for you to collect while playing the game naturally. These moves will have to be retrieved and equipped the moment they’re unlocked, but if you see something better than what you had just equipped a few moments back, you shouldn’t hesitate to unlock them and equip them on the right fighter. There’s no limit as to the number of fighters whose moves you can unlock, just as long as you’ve got enough slots on you.

8. Each Fighter Has Their Own Strength And Weakness

We probably should not be mentioning this, but just in case you’re new to the RPG thing, this happens to be a deep fighting game where all the characters have their own strengths and weaknesses. Once you’ve found some fighters who match your play style, you should stick with them and improve them more so than you improve some of the other characters at your disposal.

9. Should You Auto-Battle Or Not?

Now that we’re talking about actual battle tips, the one thing you may be asking is whether it’s a good idea to play on auto-battle, given its legendary deficiencies in many a title. Ideally, you want to micromanage each fight to ensure that each of your characters does what you expect them to do, but auto-battle in Skullgirls doesn’t take away from letting you do the micromanagement that matters. You can still block, which is always a good thing to do if you’re a defensive player (which you should be), and you can still launch your specials against the enemy. You can also tag other players in if you’re in PvP mode.

Of course, there’s no substitute to actually playing the game yourself and making all the key decisions. But if you want things to go by faster, then you’re better off trying auto-battle/auto-fight every now and then, especially against weaker opponents.

10. Familiarize Yourself With Character Types

Once again, those RPG mechanics are coming into play in this facet of Skullgirls. Each character in the game has a certain “element” associated, and these elements are strong against another element, but weak against a third one. It’s all about rock-paper-scissors here, and if you’ve got the elemental disadvantage against an AI or human opponent, you can tag in a character with the correct, advantageous type on the fly. You might also want to make use of this pro-tip: tag a character with the elemental advantage right after the opponent has made their own tag, as that could allow you to keep the boost for a longer period of time.

This wraps up our strategy guide for Skullgirls. If you know more tips or tricks for the game, don’t hesitate to leave us a message in the comments! 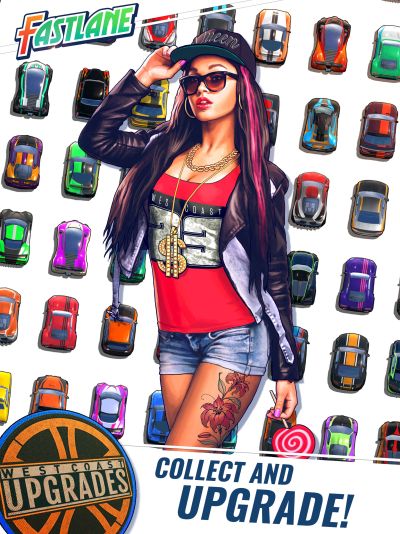 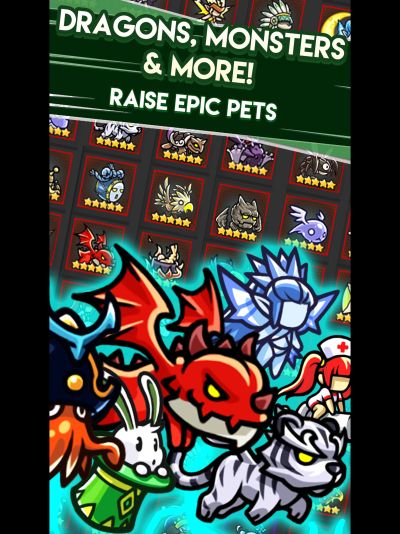