Endless Frontier is a new online RPG from Ekkorr for iOS and Android devices. This is an idle RPG, where legendary heroes join this idle battle that had began more than a thousand years ago. While idling away, the game will allow you to fight similarly legendary monsters, take part in PvP battles against human-controlled opponents, and “end the reign of the Dark Prince.” There are numerous fantasy RPG stages, as well as different game modes to choose from, including offline RPG guild wars . All in all, there are more than 150 heroes with their own powers, more than 50 pets that could ride alongside you in the heat of battle, and more than 100 types of army units. Also, you’ve got an “endless inflation” game in this title — as you can go through things faster and become more powerful through the prestige mechanic that’s a staple of these games.

Although, this game bills itself as an idle RPG, one shouldn’t think it’s going to be a complete walk in the park. In fact, it may be less idle than you think, and require you to be quite involved in the thick of things. But if you read on, you’ll find our Endless Frontier strategy guide has you covered all throughout your gaming experience.

Gems are the game’s premium currency, and you’ll need them to unlock more unit slots. Don’t worry about not having them early on in your play-through, because you will be awarded with lots of free gems. Use those gems to buy more unit slots, as having more units in your army will give you that all-important strength in numbers. Of course, it’s going to get progressively more expensive to buy new unit slots, but it’s also going to be very much worth it at the end of the day.

Endless Frontier won’t fill you in on this one, but it’s important nonetheless that you play the game’s quiz and spin the wheel for a second mini-game – that could earn you a ton of free gems, and you might even end up with some rare units if you’re lucky enough. You can access both games by tapping on the Settings icon in the upper right of your screen, then tapping on the Quiz button. Usually, the question will be a gimme to answer, and if you get it right, you will get 10 gems per correct answer. You can also spin the wheel once a day for free, with a chance of earning some big prizes if your luck holds up. You’ve got nothing to lose and everything to gain in these mini-games, so go play them whenever you could!

The idle mechanic will kick in once you unlock the Auto Quest options, but you’ll also need to be proactive on your end by hitting the button to begin a new quest that’s just been unlocked. New quests will reward you in the form of common currency (coins), and you don’t need to worry about the timer – it won’t increase with each purchase you make. In fact, it will reset at some point, and you won’t have to wait that long for your extra cash once the timer finally resets.

Ad videos could play a huge part in making Endless Frontier even simpler for you. Once you head to the Shop menu, you will be presented with two options to watch ads, both of which make the game faster by about 20 minutes, thereby helping you early on when earning more money and making better time. There’s another option where you can possibly earn a ton of gold, and that’s not a bad option to go for either. But if you’re looking for another way to find more gems, you may run into some treasure chests. If the chests prompt you to watch an ad video, that almost always means that there are numerous gems inside the chest for you to collect.

5. Who Said Anything About Idling? Micromanage Your Team

Idle clickers tend to be very cut-and-dry in terms of their idle mechanics. Not so Endless Frontier. The best example of this would be the units, which are an essential part of the game itself. It won’t be easy for newcomers, but you will reach a point where you can easily fill up the 10 unit slots. Unlocking an 11th unit will cost you a whopping 2,000 gems, which still isn’t too bad, if you come to think about it.
Now here’s what we were talking about as an example of why this game is just too intense to be a true “idle” title. Take note, first of all, that different unit types need to be as multifaceted as possible, covering as many areas as possible. But since we, as the players, may be more interested in reaching an unusually high stage, it would be a better idea to wait a little bit so you can unlock the units with greater star rarity. This may require firing one of the units you already have, should all your slots be filled up.

While still on the topic of micromanagement, we should also add that the best strategy is to have the strongest possible lineup in the early goings. But once you’ve accumulated more than your fair share of medals and have even more options to choose from, you can start tweaking things around. Still, it’s all about having as many stars as possible, and leveling up your units.

Achievements can be accomplished as you progress on in the game, meaning you can complete them organically without having to exert much effort toward their completion. But it’s always better if you know what your achievements are and endeavor to complete them faster, as that means less time before you can claim your achievement rewards. Tap on the red arrow in the top right of your screen, then tap on the trophy once the achievement menu is loaded. You might have a ton of gems ready to claim if you’ve completed several achievements without you even being aware of it.

7. Enhance And Evolve Your Units

The game will also allow you to spend your medals to enhance your existing units. This process gives their stats a huge boost, but since enhancement can only take your units so far, you also have the option to Evolve them once the time comes, so you can take them from one rarity tier to the next. This may take a lot of time and even more gems, and we would only recommend doing this if you’ve got several unit slots unlocked, yet empty. Focus on enhancing your best units so that you can maintain your advantage in the game. Just tap on your unit’s avatar, and you’re free to enhance or evolve them if need be.

Yes, we understand this game is looking less and less like an idle clicker, but we never said it was a true-blue idle clicker either.

Although you will unlock many units/slots and get more options as you keep on playing the game, the time will come when you’ll want to start focusing on the tried-and-true, focusing your efforts on improving about a couple heroes tops. As you won’t have the advantages pay-to-win players do, your best tools are patience and focus. Don’t try to max everybody out; just work toward making a couple of your units better.

Once you’ve reached the point where you have multiple rare units, the same should apply – focus on the rarest of the rare, preferably two of them. These are the units that tend to do the most damage, and to further diversify things and ensure you’ve got a nice, complementary mix of offense, you may want to focus on a melee character and a spell-caster, allowing you to deal with varying enemies. Work toward making these characters Seniors, while liberally enhancing them as you go along.

If you’re the type of RPG player who prefers having more than just two go-to-guys, you need not worry. You will, over time, be able to add another two units to your squad, and then you’ll have two extra units to work with later on. But you should start with the two rarest for the meantime, refer to the Unit Book to be sure you’re choosing the best (on top of being the rarest), and work toward making them as powerful as possible.

The game will allow you a daily trip to the dungeons, where your goal is to defeat the dungeon boss within a given amount of time. Doing so will allow you to win some important resources, which you can then use to buy artifacts. These artifacts can give you a nice boost (or boosts) in battle, and you can also upgrade them by means of the items you pick up during your dungeon crawls. And if you’re in need of gems, these items can also be sold for the game’s premium currency. Still, the best way to go about the dungeon crawls is to collect a full set of artifacts and upgrade them, as that’s going to guarantee the best chances of getting some truly useful rewards.

That’s all you need to succeed in Endless Frontier. If you know additional tips or tricks for Ekkorr’s new mobile game, let us know in the comment area! 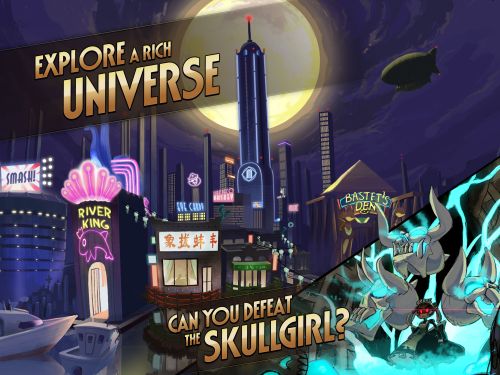 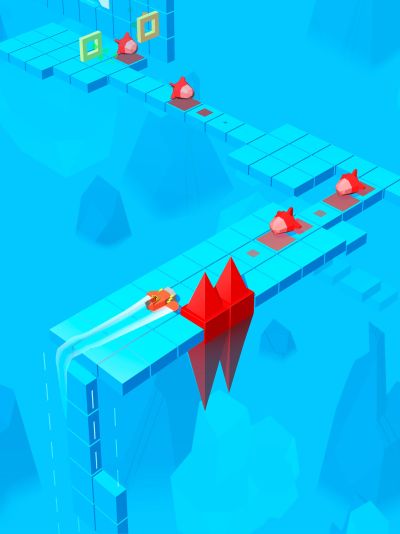