It seems Sega is determined to establish itself in the mobile gaming platform by venturing into yet another genre. Competing against the likes of Clash Royale, League of Wonderland is Sega’s latest strategy game featuring characters from popular fairy tales and myths. The game is set to come out on both Android and iOS platforms. 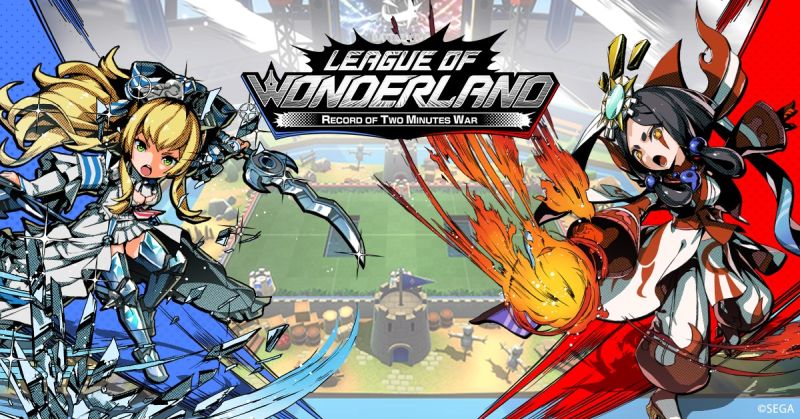 League of Wonderland will have players collecting cards and assembling a deck of up 8 units. Players will place those units on the battlefield, and they will automatically head towards the other end where the enemy’s base is. Units cannot be directed once placed, but they will engage enemy units that they cross paths with. The goal is to destroy the enemy base before the 2-minute timer is up.

Characters in League of Wonderland are based on famous fictional characters, like Zeus, Artemis, Peter Pan, Captain Hook, and of course, Alice. Each character has been reimagined into an anime-style fighter in order to fit with the game’s mechanics. They can be powered up in order to make them more formidable on the battlefield.

The pre-registration period for League of Wonderland has begun. All players who sign up early will receive 1000 Gold and 100 Crystals. Additional rewards will be given out based on the number of players who register for the game. Check out the milestone list below.

League of Wonderland will be released on the App Store and Google Play on September 30. Those who want to sign up early should visit the game’s official website.