Rumble Stars Soccer is a quirky sports-themed game from Frogmind, the creators of Badland Brawl. The game lets players assemble their own soccer teams composed of funny animal heads in order to battle it out on the field, PVP style. The game has just been released globally after a brief pre-registration period that easily gained over a million hits. 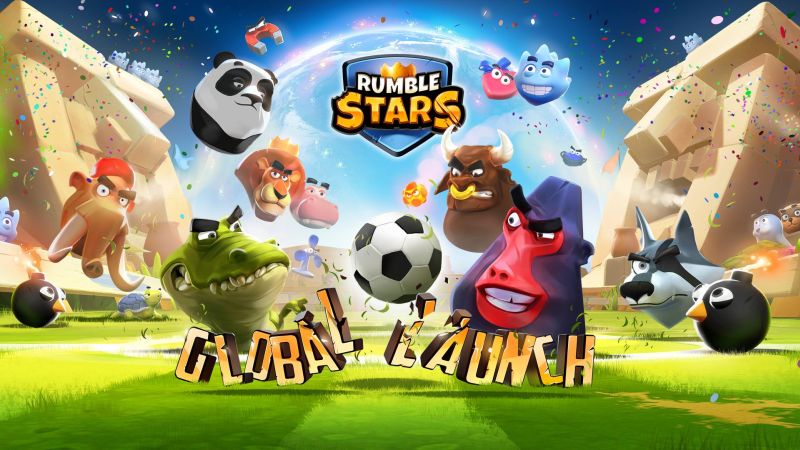 On the face of it, the game looks like a bunch of animal heads bouncing around, bumping into each other. The reality is much more complex than that. Players will have to master the game’s unique physics and time their movements perfectly in order to execute combos. Different strategies will have to be used in order to outplay opponents on the field.

Rumble Stars Soccer has leagues and divisions that players can climb in order to earn even better rewards. To climb through the ranks, players must unlock more characters and choose the best possible combination to build the perfect team. Each character can also be upgraded in order to raise the team’s overall power.

The game also has a guild system called Clubs. Players can join these clubs in order to meet up and work together with other players from all over the globe. Clubmates can challenge each other to private matches which are perfect for mastering the mechanics of the game without having to worry about losing rank.

If you are just starting out in the game, you may want to check out our Rumble Stars Soccer beginner’s guide. But that’s not all, as we also have a bunch of tips for those looking to move out of Greenfield or just started El Dorado. Furthermore, if you are and advanced player you may want to head over to our latest Rumble Stars Soccer guide, which includes tips for El Dorado and beyond.

Even though the pre-registration was only available in the Google Play Store, Rumble Stars Soccer has been launched for both Android and iOS devices. It is listed as Rumble Stars Football for those who are trying to download it from the App Store.