Rumble League is a new team-based online multiplayer shooter game by Space Ape where you get to play with friends and people all over the world. You get to meet a variety of superstars with different kinds of skills that will cater to your tactical fighting abilities. You can play in tons of maps with different goals on each one that will keep you wanting more. Each match ends quick that you’ll end up playing again and again. Players who love cartoonish style games will definitely love Rumble League as it doesn’t lack visually and does it amazingly.

The game mechanics are very easy to pick up, and new players will have no problem adapting to Rumble League just a few minutes after starting the game. Similar to other mobile fighting games, the left thumb is used to move while the right is used to attack. Rumble League also adapted popular game objectives where you have to control checkpoints and escort payloads. It feels like a simplified Overwatch in the sense that you still play in teams, however, it isn’t the same visually as it is a mobile game. Stay with us and check out our Rumble League beginner’s guide, as we share with you a bunch of tips, cheats and strategies on how to ace every game mode, which character should you choose, which perks to unlock, and a lot more to become the best superstar out there.

1. Use A Superstar You’re Comfortable With

When you first play Rumble League, you start off with the character Beatriz in the tutorial mode. The game teaches you the controls, like how to drag your left thumb to move, tap on your right screen to fire, how to aim manually, and when to use your secondary and ultimate attacks. After that you’ll be taken into a quick play battle immediately. Here you get to apply what you’ve learned from the tutorial mode. Soon you’ll eventually unlock other characters that you can choose to play or you can stick to your starting one. 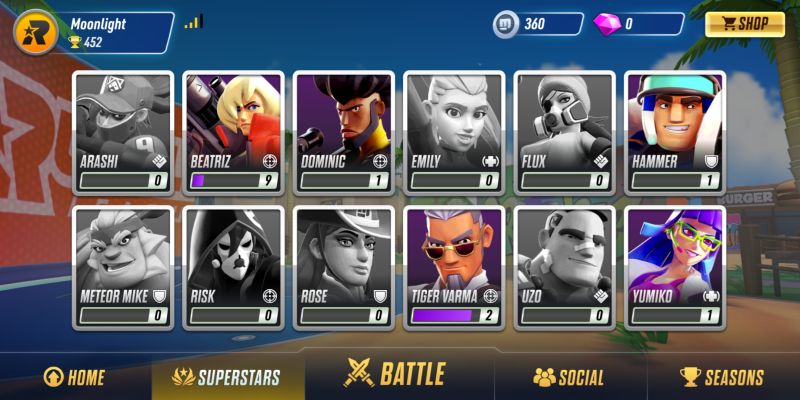 The default character Beatriz is a demolitions expert who is a ranged fighter that can attack from afar using her rocket launcher. Other ranged fighters include former hairdresser Dominic who attacks using guns and mines, graffiti tagger Risk who uses bombs, and Bollywood star Tiger Varma who uses a gun as well. Melee characters who fight close range include Arashi, Flux, and Uzo. Arashi is a former ninja baseball player who attacks using a baseball bat and is said to be one of the strongest characters in the game. Flux is a street artist who uses spray guns as her weapons. Uzo is an islander who uses his robotic arm to deal damage.

Tank fighters include Hammer, Rose, and Meteor Mike. Hammer is professional football player who uses his football for a weapon. Rose is from the wild west and uses her gun and lasso to fight opponents. Meteor Mike is a former wrestler who has a steel chair as his weapon. Support characters in the game include Yumiko who is an idol who uses her guitar to heal and harm others, and Emily who is a cheerleader who cartwheels at enemies and cheers at allies.

While other characters are unlocked automatically as you progress, others need to be purchased using Rumble Coins or gems. Characters that you can control eventually include Dominic, Tiger Varma, Hammer, and Yumiko. You can test out any character first, even if you haven’t unlocked them, before actually using them by selecting a character and tapping on the try button. You’ll be taken to a map where you can practice using their skills.

2. Know The Maps / Game Modes And How To Play Them

There are several different game modes in Rumble League and there are different maps corresponding to each of them. Game modes include Zone Control, Payload, Royale, and Deathmatch. Zone Control is similar to King of the Hill where players need to control or stay in a designated area in the map to capture it. Members of a team must stand in this area for a specific time to gather points and capture it. The more players of a team are in that area, the higher points you’ll get. Once an area is captured by a team, the opposing team must attack the others in the area in order to gain control of it. Maps in this game mode include Seaside Tropics and the Dojo. Seaside Tropics has only one area to take control of while the Dojo has two areas. 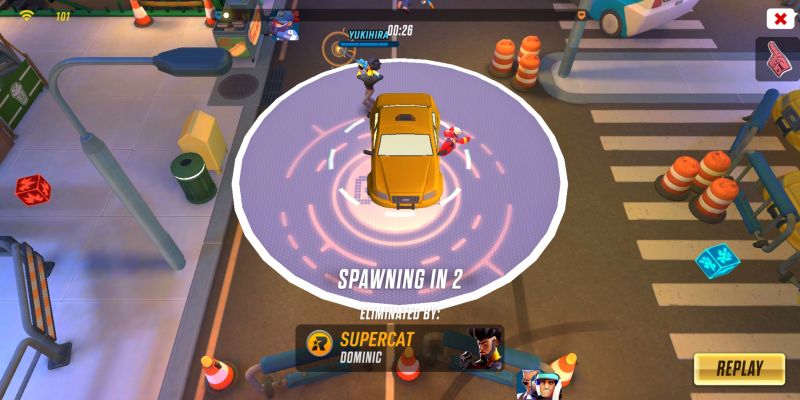 Royale is where three teams of five battle it out to see who is the last man standing. If a player dies, they’re gone from the game and have to hope their teammate lasts through the end. There is also a zone that closes in while in battle that will deal damage to any player that stays outside of the zone. There is only one map in this game mode and that is Royale Sands. Deathmatch has only one map which is The Grid. In Deathmatch, whichever team gets to kill a specific number of enemies first wins. Before going into battle, these game modes are determined randomly and you have to be prepared depending on which one comes up.

3. Play The Competitive Mode To Rank Up

Competitive is a battle mode which is ranked and where players get trophies in exchange of how good they play in the game. Depending on how you play, you either gain trophies or lose them. Winning a battle will earn you trophies and getting defeated will decrease the number of trophies you have. All game modes are randomly played in competitive battle with minor differences in. In a competitive deathmatch, a team needs 20 kills to win whereas in quick play mode players only need 10 kills.

This game mode also has seasons where rewards are given to you based on the division you finish in. Rewards include a special frame and an exclusive emote for that league. To enter a season, you must first play 10 competitive battles to know which rank and division you fit in. After that, you will be matched with players with the same rank whenever you choose to battle. Seasons last for a limited time only, and the time left can be seen in the battle screen. 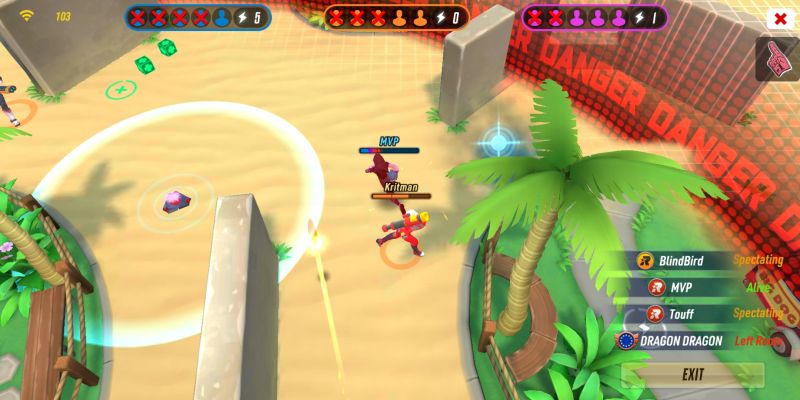 Other than competitive, there are two battle modes that don’t affect your ranks or trophy count. These are the quick play and royale mode. These modes can be accessed whenever you tap on the battle screen. Quick play is when you can play all game modes in a simpler manner and without losing your trophies. Royale is where you battle it out with two other teams until one last team remains. Because these game modes don’t affect your trophy count at all, you can use these battle modes to practice with your chosen superstar to improve your gaming.

For each map, different in-game boosters are scattered all over the place indicated by circles with different colors. These boosters include healing, shield, increasing attack and speed. These boosters aren’t readily available as soon as the game starts. They take time to load and only appear after some time. Being close to these boosters is a great way to heal yourself during battle and to increase your stats in-game. After collecting them, they have a cooldown time until they appear again so it’s best to stick close to them whenever you can to get these temporary perks while battling other players.

6. Unlock Perks To Boost Your Superstars

When a character you use levels up or whenever you complete daily quests, you will be rewarded with Rumble Coins. These coins can be used to purchase other superstars and also to enhance superstars you own. Each perk differs per superstar. Some of these include having stronger attacks or getting higher damage resistance or even higher health. 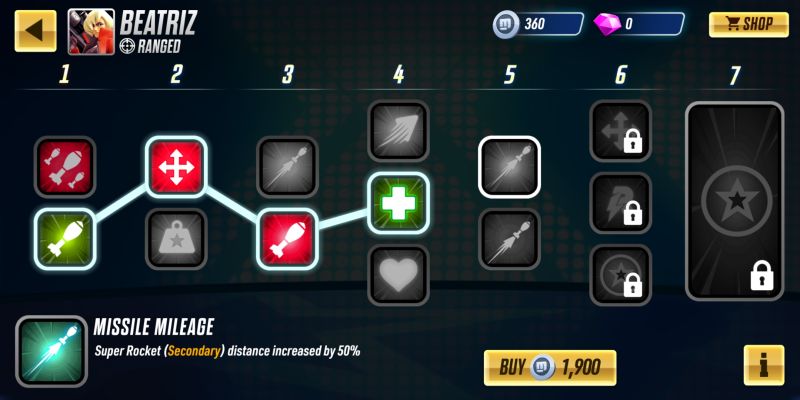 There are seven tiers of perks you can unlock for your superstar. The cost of unlocking these perks increase as you move on to the next tier. The next tier will only unlock if you’ve purchased a perk on a tier before it. You can only activate one perk from each tier, so you should really choose the one that you think is most suitable for your playstyle and for your character.

As mentioned earlier, it’s best to dedicate your time and effort on mastering one character as you don’t want to waste Rumble Coins on other characters you won’t play anyway. Focusing your energy on one character will make it easier for you to get stronger and move on to succeeding tiers faster.

Rumble Coins are the game’s main currency. They’re mainly used to obtain other characters or to unlock boosts and perks for your superstars. Other than leveling up characters, you can also get coins by completing daily quests. Make sure you always try to do these quests whenever you’re playing because this is an easier way to earn money than waiting for your superstar to level up.

These quests can vary from triggering your ultimate attack a specific number of times to playing a specific number of matches. What’s important is to try to do them all whenever you can in order to win additional coins and also to gain experience so that your character can level up, which also grants you coins as well.

The Fan Club is a paid feature in Rumble League where you get more rewards whenever your superstar levels up. Rewards include coins, experience points, weapon skins, outfits, avatars, emotes, and more. You can join a character’s fan club by selecting your chosen character on the superstar page and tapping on fan club. There you’ll see the join fan club button. Joining a fan club will cost you gems which can only be obtain through purchase in the shop using real money. 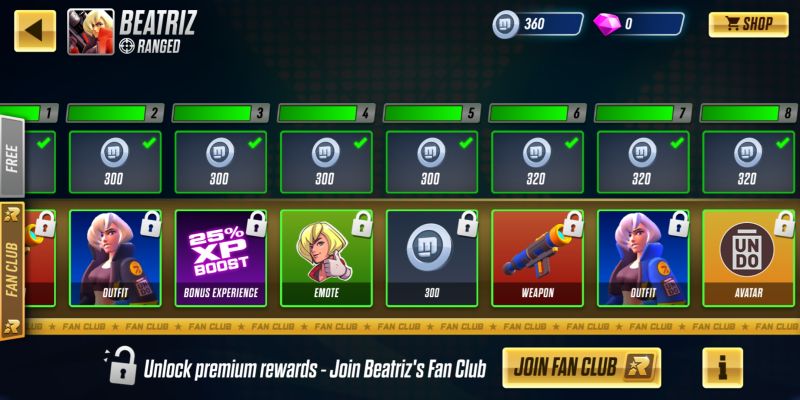 Each superstar has an individual fan club, so if you are playing with multiple characters, you will need to purchase every single fan club for each character if you want to get the rewards for that specific character. You can check out each fan club reward for each character by going on the superstar menu and tapping on fan club. Here you can see which rewards you’ll get for each level.

If you’ve already leveled up and decide to join a fan club, all rewards under the level you’ve already passed will be unlocked and will be given to you. Once you reach the end of the fan club rewards, you will only keep leveling up though no more rewards will be given. Don’t worry though as reaching the end of fan club level up rewards takes time. You’ll also get a lot of Rumble Coins and items that you can use for your character or even move on to another character if you please. Remember though that skins and outfits do not give additional perks and are only for aesthetic purposes only.

This ends our Rumble League beginner’s guide. If you know more tips or tricks that we haven’t included in the guide, then feel free to share them with us in the comments below! 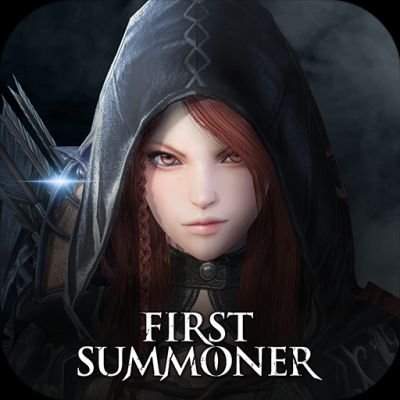 how can Americans play the game?