If you are looking for a unique adrenaline rush, Rules of Survival just might be what you are looking for. Available on Android and iOS platforms, this brand new game from NetEase drops you in the middle of a deserted island along with over a hundred other players. All of you are initially unarmed, and the only way to survive is to be the last one standing. It’s a race against time as you will cannot afford to just hide until the danger passes. The safe areas on the island will get smaller and smaller as poison gas spreads. You have no choice but to kill as many of the other survivors as you can, in order to win before the poison gas gets to you. You will need more than just combat ability. Make sure you read our compilation of Rules of Survival cheats and tips to help you get out of the island alive.

1. The Game Starts In The Air

Getting a good start in this game can make a huge difference in terms of your ability to survive. Don’t waste any time sightseeing while you are dropping from the plane. The game starts long before you hit the ground. As soon as you get out of the plane, look for a good place to land and head straight for it. Don’t bother with the parachute as it will automatically pop up once you are close enough to the ground. Opening it early will just slow down your descent. Your goal is to land before any of the other players do to ensure you get to the gear and other loot before anyone else does.

There are several areas that you can explore on the island. Take time to memorize the different areas and important locations on the map. Playing the game will be so much easier when you know where to go to get loot. Take note of where the buildings are since those will most likely have a lot of loot in them. Keep in mind, however, that other players will also probably go to those buildings. Stay alert and observe those loot locations from afar before going in. If you are lucky, other players will take each other out, and all you will have to do is swoop in to claim the rewards.

A stable internet connection is an absolute necessity in this game. Even a split second of lag can cost you your life when there are a hundred other people trying to kill you. It is best if you only play this game when you have a good wifi connection. Play the game using mobile data at your own risk. If you are not confident about the data signal, don’t even think about launching the game.

As with any shooter game, it is more difficult to take out a moving target. That is why you should always be moving around, even if you are just exploring. You will never know if another player is lurking, so try to move unpredictably just in case. As we mentioned before, staying in one spot for too long isn’t a good idea since the poison gas is spreading. Make sure you keep an eye on those poisoned areas. Lastly, try to practice shooting while moving. The controls can be tricky at times but if you can master shooting on the move, you will have a better chance of survival.

Aside from giving you a more immersive experience, wearing headphones while playing will allow you to tune into the different sounds in the game. You won’t always be able to see what is going on around you, but if you pay enough attention, you will be able to hear enemy footsteps and gunshots. You should also be able to tell which sounds are near you, allowing you to react even before you see an enemy. Keep in mind that your enemies can hear you approach as well. Try to keep noise to a minimum to avoid getting caught. If you see a helicopter approaching, use the noise it makes to mask your footsteps and move at a faster rate.

You are free to choose any weapon that suits your playstyle. If you are looking for recommendations, however, the assault rifle and scope rifle are both good choices. The scope rifle allows you to take out enemies from a safe distance, and it will be very useful during the early parts of the game when there is plenty of space for you to hide. You may need to switch to an assault rifle when the poison gas starts claiming more areas, though. Assault rifles let you move around more and they dish out decent damage. Try to have these in your arsenal to help ensure your survival.

It’s not a matter of being polite or anything like that. You need to close doors behind you, so other players won’t know where you are. If they come across a door that you have opened, they will be alerted that someone had arrived at that location before them. A good strategy is to hide in a room where you won’t be in the line of sight of the door. Wait for someone to come in and blast them away as soon as you can. It is an easy way for you to get kills. Aside from that, veteran players like throwing grenades into open rooms just to make sure no one is inside. Leaving a door open can literally get you killed.

There are plenty of things for you to hide behind in the game. Whether it is a door, a bush, or a crate, make sure you always hide behind something. When you are moving from one place to another, check out your surroundings and look for all the spots where you can hide. Just make sure you are always alert, even when ducking behind an object, since someone else might already be hiding there.

9. Work With Your Teammates

If you are playing in team mode, make sure you always move with at least one of your teammates. This is to ensure you do not get ganged up on. It also helps you kills an enemy faster if you catch one wandering on his own. You can also have your partner ride a vehicle with you. One cool thing about this game is that the passenger can shoot opponents as you drive.

Weapons aren’t the only deadly things in this game. Try to run up to vehicles whenever you can. If a diamond icon appears, that means you will be able to ride that vehicle. Use this to mow down multiple enemies at a time. This is a great way to take out multiple players at once. Very few players can go head to head with a player in a car and live to tell the tale.

Getting out of a deadly island full of deadly survivors can be a harrowing experience. Don’t forget to follow our Rules of Survival tips, cheats and tricks to ensure your survival! 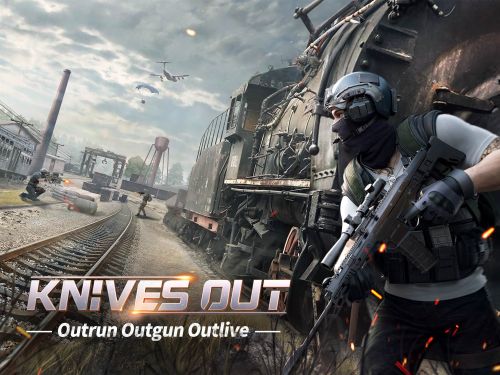 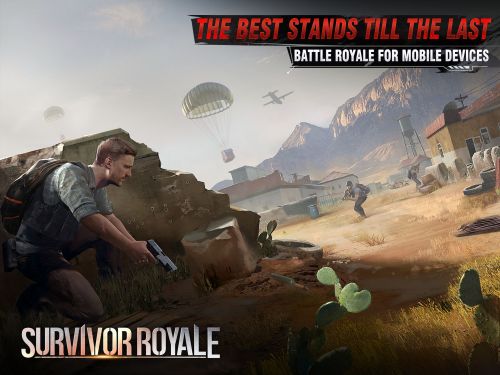