The first anniversary of Rules of Survival is coming up and they are kicking it off with free Diamonds for everyone. Players simply need to log into the game in order to receive their Diamonds. That is only the beginning, though. There are plenty of hidden bonus celebrations for players to find. Those who successfully find and collect them can claim Anniversary Frames, backpacks, and other in-game goodies. 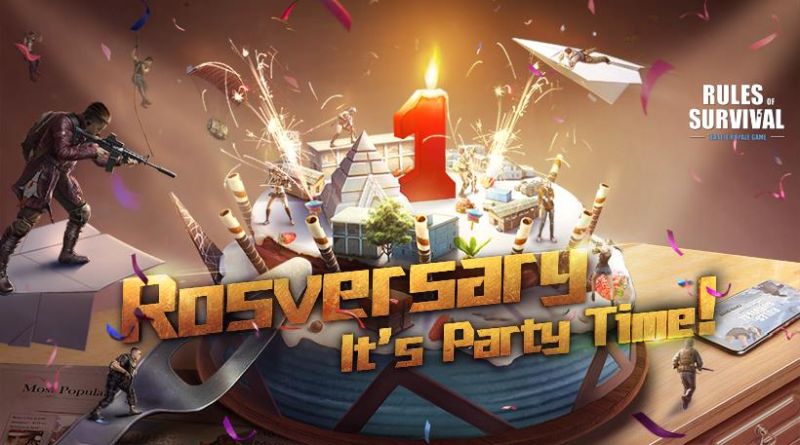 Aside from the freebies, major discounts are also in store for players who are looking to do some in-game shopping. This is the perfect time for those who have never topped up before as the first top-up bonus now includes 30% bonus Diamonds. The VIP passes also have better offerings during the anniversary event.

Developer NetEase will also be launching an in-game event on November 14 called Ca$h’n Shoot, the prize pool for which is no less than 1 million dollars. During this event, players who sign up will earn match points. Points can then be exchanged for cash from the prize pool, making it easy for everyone to get something out of the event even if they don’t make it all the way to the top.

On top of all the rewards and goodies, Rules of Survival gives players more reason to celebrate. The game will be launching a smaller Lite version later in November. The developers promise that the new version will eat up less space without sacrificing the quality of gameplay. On the flip sidem an Ultra version is also coming, specifically marketed to those with high-end devices. The Ultra release boasts of HD graphics, detailed battle scenes, and even more action.

Rules of Survival is a free to play battle royale game for Android, iOS, and PC. The game was initially released on November 17, 2017 and has since gathered over 230 million downloads. It also sits on top of gaming charts in more than 58 countries worldwide.