Roll the Ball is a simple addictive puzzle game from BitMango, that you can download for your Android or iOS devices. The game does promise to be a hybrid of all sorts of game genres, and while we feel that the description stretches things a bit too far in that regard, we can agree that this is a very addictive title, and a very worthy brain teaser for players of all ages. There are different game modes, which we shall be discussing later, but the common thread in all of these game modes is sliding and, in some cases, rotating pieces around until you’re able to create a pattern that rolls the ball from its start point to its goal. It’s also very simple to learn, though as you’ll find out, it can be difficult to master.

There are tons of levels in this game and at some point you’ll be wondering how you can complete more of them with three stars, and how you can complete them in as few moves as possible in some of the game modes. We’re here to answer those questions through this complete Roll the Ball strategy guide.

There are different ways for you to play Roll the Ball. Hit the Play button and you’ll be playing in Star mode, where your goal is to set up the ball’s path in such a way that the pieces with stars are included in that path. Score three stars by including all three pieces with stars, two stars by including only two pieces, one star if you include just one. Hitting the C button (presumably stands for “classic”) takes you to Basic mode, where you’ll have to set up the path in the fewest moves possible, less moves equating to more stars. Moving mode adds the challenge of a moving ball while the level is running, while Rotation allows you to rotate pieces around while you’re creating the path. You’ll have no choice to start with Star or Basic mode, as Moving and Rotation are locked until you’re able to finish the Star A phase of levels.

2. In Most Cases, You Can Take Your Time

With the exception of the levels marked with a magnifying glass in other modes, all of the modes here don’t impose any time limits. That means you’ve got all the time in the world to study the board and plan out your moves, so that you complete the puzzle and finish the path in as few of those moves as possible. BitMango is on the level when it says you can play at your own pace, though as we mentioned, there are a few exceptions.

3. Think Outside The Box

While analyzing the board and looking at how you can move those pieces around in the most efficient way possible, you may have to do some critical thinking. Oftentimes, the most obvious solution is not the best solution, so you’ll have to imagine different pieces connecting to one of the riveted, or unmovable pieces, for instance. Don’t think merely of how one piece can connect, and on that same token, think of different paths that could be formed with your pieces. Who knows – the less obvious path may take less moves, or allow you to ensure all three starred pieces are included in the path, should you be playing in Star mode.

We’ll be dealing with hints later on in this guide, but before we get to that, we should inform you that watching ad videos in this game will allow you to add up to your collection of hints. BitMango is very generous when serving up ads, and this may very well be your incentive to play the game with your Wi-Fi or cellular connection on; watch an ad video and you’ll get an additional hint added to your total. Just make sure to hit the “Get” button after watching the video. Otherwise, you won’t get the free hint and you’ll have to wait until the next offer to watch a video rolls around.

5. How To Use Your Hints

At the start of the game, you get three hints, which you can theoretically use at any time. Once you use a hint, the game will walk you through the level, pointing you to what you should do in order to complete the puzzle with three stars. So when should you use them? We suggest saving them for times where you’re really stuck, even if you can easily make that hints total watch up by watching videos. Don’t be lazy – remember, you have no time limit except in the few timed levels, so save those hints for later on in the game, when you’ll be dealing with harder puzzles to solve and more challenges to deal with. You’d probably want to use your hints during timed levels, which is a good idea since you often won’t have enough time to move those puzzle pieces around.

6. Turn The Ads Off At Times

If you’ve got enough hints on you, you might want to turn off the ads in the game, simply by switching off your Wi-Fi or cellular connection. Your mileage may vary on this one, but we personally find the ads to be a bit annoying in the way they pop up. If you’re like us, you can play the game offline, though if you want more hints, that’s when you can turn your Internet on your phone back on and hope you get a lot of ad videos lined up.

7. The Undo Button Is Your Friend

If you made a wrong or wasteful move in the game, you can use the Undo button on the bottom of the puzzle. The good thing about the Undo button is that it reverts more than just one move; you may be able to go straight back to the start of the puzzle, regardless of how many moves you’ve used! Best of all, it won’t affect your star rating, so use Undo whenever possible and you can get that fresh start you need for a three-star level.

BitMango advises this in the game description, but just to echo what they said, you should regularly go to your message box, as “The Santa” may give you some gifts. Usually this would come in the form of hints, and you know how these could come in handy in the more difficult levels.

And this complets our exclusive guide for Roll the Ball. In case you know additional hints for this addictive BitMango title, let us know by commenting below! 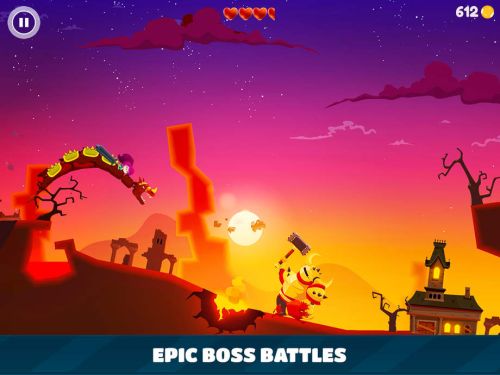 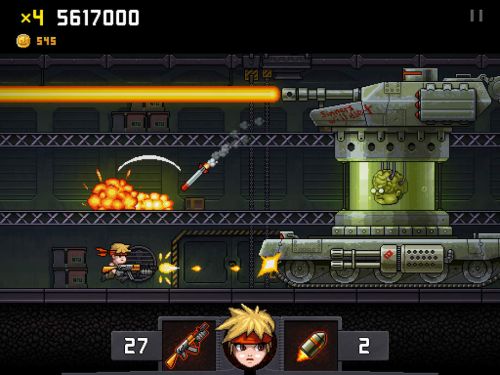 Next
Joan Mad Run Tips, Tricks & Cheats to Extend Your Run in the Game
Click here to cancel reply.