Robot Crusher Battle Ballz is a new, future-set spin on traditional pinball arcade action, where players are tasked with clearing out opponents in four lane matches of robot mayhem. With that said, we’re going to give you a headstart with some useful tips and tricks to help you reach the top of the leaderboard.

Whether you’re an Android player with a penchant for crushing fellow robots or an early iOS adopter already getting to work in Robot Crusher Battle Ballz’ beta, here we’ll cover all the most useful upgrades and power-ups you need to be aware of. You’ll be the ultimate crusher in no time!

The most useful credit currency power-ups

When aiming to defeat all the robots invading your lanes, the first power-up you’ll likely come across are the explosive crates. These can be troublesome when used against you by an opponent, but once you drop it into one of their uncleared lanes it’ll explode if they try to go through it.

What’s more, explosive crates act as a quick fix to build some ground as they’re cheap but still effective. Just bear in mind that only a max of four explosive crates can be deployed at any one time (one for each lane). 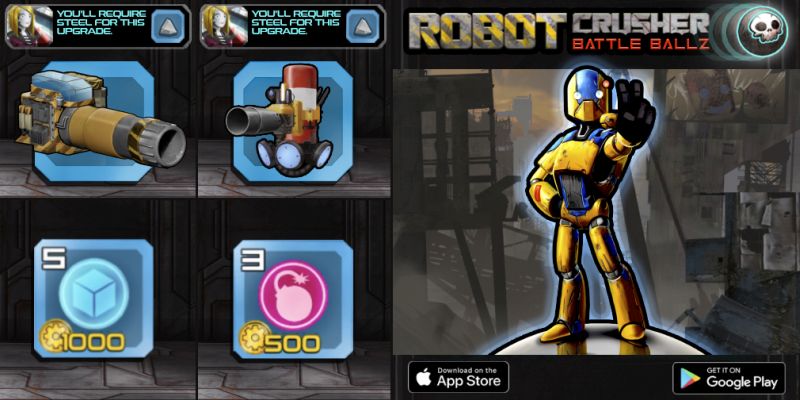 If you want to prevent your opponent from being able to shoot off their ball entirely for a brief period, booster damaging bombs are the way to go. After hitting the opponent’s booster 3 times you’ll cause it to ignite, temporarily taking them out of action. Booster damaging bombs are the best way to slow your opponent down, giving you time to clear out your own lanes.

Lightning is currently the strongest power-up available in Robot Crusher Battle Ballz, causing your opponent a lot of problems when used correctly. It sends devastating electricity across all lanes, destroying any container that tries to pass beneath them. While lightning is active it’s a good idea to keep launching your booster, collecting any other useful power-ups around that could be used later, after the storm is over.

You’re only as good as your booster in Robot Crusher Battle Ballz, meaning that when you’re out of battle it’s definitely worth investing in a booster shield unit before you head in again. This will prevent your booster from blowing up as a result of any annoying bombs or misplaced shots, allowing you to continue launching and crushing for longer periods. Each shield unit you buy unlocks one extra damage protection point – a vital upgrade for later battles. 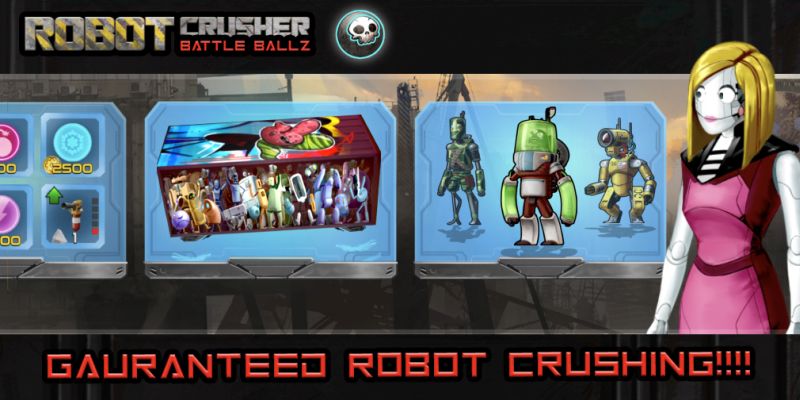 When first starting out, your booster will be set at a beginner’s speed to help you get into the swing of things. However, as time goes on, you’ll want to improve its charge, fire and recoil times by purchasing booster upgrades. Its performance will instantly be improved compared to how it functioned before, also letting you tweak extra aesthetic options.

Hovering fire extinguishers is a player upgrade vital for success towards the Robot Crusher Battle Ballz endgame, allowing your booster to recover quicker after being blown up. You’ll notice that opponents start getting faster and much more aggressive once you hit gold tier difficulty, so it isn’t enough to let your booster be attacked. Investing in a fire extinguisher reduces booster downtime, getting you back into battle mode quicker, so you can more easily take the win.

With these tips and tricks now bestowed upon you, why not put them to the test for yourself? Robot Crusher Battle Ballz is free to download now from the Apple and Google Play store.