Ridge Racer Draw and Drift Cheats: 10 Tips & Hints for Intermediate Racers and Beyond

Ridge Racer Draw and Drift is the latest Ridge Racer game from Bandai Namco, and you can now download it for your iOS and Android device. This is, quite obviously, a drifting-based game and not your usual CSR-style mobile car racing game that takes place on a drag strip. But this game, unlike others, focuses on graphical quality, realism of game mechanics and physics, and simplicity of overall gameplay, rather than in-depth storylines and truckloads of cars to unlock and collect — there are only 16 cars to unlock, all from fictional automakers, and six similarly fictional tracks that get unlocked as you move from league to league, and all your opponents are real players. It’s a multiplayer racing game that can be quite addictive, and you can take our word on that.

Not too long ago, we shared with you our first strategy guide for this game, which focused on tips and tricks for beginner players. But now we’re moving on to another set of tips for our second out of two Ridge Racer Draw and Drift strategy guides, where we talk about some strategies you can use if you’re an intermediate player or even an advanced one. We’re going to be talking about how to earn and spend your in-game currency, how to unlock more cars, and how to survive in the Silver and Gold leagues, as well as some of the later Bronze leagues, so read on if you want to move even closer to the much-sought-after Legends League!

As we explained in our first Ridge Racer Draw and Drift guide, you can keep replaying a race until you’re able to beat all your opponents and come out in first place, and your opponents won’t be changing either. As we’ve discovered, their finishing times don’t change either — that is, once again, because you’re racing against “ghosts” of other players’ previous runs, and these ghosts are all fixed in each replay. The only thing you have to worry about is your own time, and while it may be hard, try not to focus on the other racers passing you at some points on the track; this is oftentimes a shortcut to an early or late drift that could slow you down.

2. Draw As Straight As Possible – Why Is This Important?

As another addendum to a tip we had previously discussed, it’s also important, as it turns out, to keep your finger as straight as possible while drawing your path across the track. We learned this the hard way after accidentally drawing what looked to be an overly-crooked path that had us very close to the edge of the track, even in the straight passages — this resulted in the car in drifting position for most of each of the two laps. Not only would it be harder for you to drift in such a case; even a perfect drift won’t be able to save you, and you’ll end up losing the race not just by a split-second to a few seconds, but maybe finish 20 seconds or so behind everyone else. Talk about embarrassment!

3. How To Unlock More Cars

There are only 16 cars for you to unlock in Ridge Racer Draw and Drift, and unlike other car racing games, it’s not as simple as buying them with your currency, though that could also be an option. The main way to unlock new cars would be to win them after defeating a league boss; once you’ve done so, then you’ll have to deal with the gacha system, where you get a random car unlocked depending on what league you’ve currently aced. Unfortunately, it seems that you don’t get any special perks as a consolation/tradeoff for rolling a duplicate car, though we hope Bandai Namco fixes that in a future update.

Alternately, you can go to the in-game shop (found on the upper right on the main menu) and spend your coins on a car chest. We wouldn’t really recommend this unless you’re overflowing with currency, or trying to complete your collection; it’s easier to beat the bosses and unlock cars the natural way.

4. Don’t Be Afraid To Switch Cars

In connection with the above tip, we suggest driving as many cars as you could once you’ve familiarized yourself with a certain track. As each car has unique stats that can universally be modified by the cards you’ve equipped, you don’t need to worry about starting from scratch once you’ve unlocked a new ride. That also means you can test each individual car you have to see which one works for you the best, and which one you’re most comfortable driving. Looking at the one-star tier of cars, for instance, the Age Abeille stands out as a good all-rounder, the Sinseong Jujak appeals to those who want a naturally powerful car, while the Terrazi Wildgang’s Handling stats are typically higher than the other vehicles in its class.

5. What Should You Spend Your Coins On?

You can earn coins in Ridge Racer Draw and Drift primarily by winning races, and trying for perfect drifts as often as you could, while maintaining your streak of podium finishes and opening the chests you win or collect for free. You can also watch ad videos, as previously explained, to add to your coin earnings. There’s no option for grinding it out here, as you cannot replay races you’ve won, or go back to leagues you’ve already advanced from. That means you need to make every gold coin or orb count, and spend that currency wisely.

When it comes to spending your coins, the Shop allows you to buy cards — Common ones for a nominal price (50 coins or less, usually), Rare ones for a few hundreds, and Epic ones for several thousands. Ridge Racer Draw and Drift doesn’t offer the full complement of cards all at once, though — the shop refreshes its card offerings every eight hours. Come back to the shop regularly if you don’t see the card you’re looking for, and if you could, save up your coins so you can buy an Epic card, as you won’t get to see those cards too often, even after beating bosses! But there’s a reason why this shouldn’t be your top priority when spending your coins.

Of course, you will also need coins in order to level up your cards, so you’ll still want to prioritize that ahead of saving up for an Epic card. Remember that you can’t expect to improve your car’s stats big-time unless you regularly upgrade the cards you have!

6. Earn More Coins Through Your Ghosts

Each race you run gets saved in Ridge Racer Draw and Drift’s servers, and when other players play the game, you’ll show up as an opponent from time to time, as a ghost driver — what applies to your opponents applies to you too! And you can win coins through your best ghost performances, with the amount of coins building up the longer you leave it uncollected. Simply click on the coin button on the lower right part of the main menu to collect, and you’ll usually be getting a solid amount of gold coins, thanks to your best times serving as opposition to other RRDD players from all over the world.

7. How To Earn And Spend Your Orbs

Orbs, which are the game’s premium currency, are primarily earned when you open new chests in the game. And it could be quite a long wait before you’ve got enough Orbs to spend on some really good stuff in the in-game Shop. Unless you’re perhaps got hundreds of them, and the cost of doing so is at less than 10 Orbs, we wouldn’t recommend using them to open chests automatically and skip the waiting time.

When it comes to spending your Orbs, you have the option to exchange them for coins at the Shop — for starters, 60 Orbs is worth 10,000 coins, while you can spend as many as 4,500 Orbs to get one million coins. The value increases progressively as you spend more Orbs, but that’s still not the best thing you can spend them on. What you should be doing instead is saving your Orbs for some Card Chests. The Giant Chest comes with 108 cards and a guaranteed 10 Rares (less than 10 percent chance guaranteed), and will cost you 250 Orbs. The Rare Chest has only 41 cards, but a higher percentage of Rares — 8 Rares (slightly under 25 percent guaranteed chance), and one guaranteed Epic. That’ll set you back by 400 Orbs. Finally, the Epic Chest, which costs 2,100 Orbs, is packed with 243 cards, including 48 guaranteed Rares (20 percent guaranteed chance), and 8 Epics.

Obviously, it’s the Epic Chest that’s going to do you the most good, and if you’re patient enough, your wait will be well-rewarded with all those cards that can help make your card better. But it wouldn’t hurt to make the Rare Chest your first purchase, as you’ve got a greater percentage of Rare cards for your cars, and one Epic. Even the Giant Chest isn’t a bad choice, if you come to think about it, because that’s still a ton of cards and 10 Rares.

Long story short — if you’ve got Orbs, Card Chests are the best, and possibly only thing you should seriously spend them on.

Ridge Racer Draw and Drift has some RPG mechanics, if you could call them that — the game allows you to fuse identical, maxed-out cards, though you won’t get to do this until later on in the game, when you’ve accumulated a ton of cards. Fusing two maxed-out cards will further enhance the effect that they have on your vehicle, and that’s going to help you in the higher leagues, when perfect drifts will no longer be enough to ensure you of victory!

9. Unlock More Slots For Cards By Moving Up Leagues

At the start of the game, you’ll only be allowed three card slots, which would require you to be a bit picky, and only equip your rarest cards, or the ones that have been leveled up the furthest. But leaguing up will allow you to unlock more slots — moving up to the Silver Leagues will give you a fourth card slot, while moving up to Gold will get you a fifth. More cards means more improvement, so keep on winning those races!

The boss races in Ridge Racer Draw and Drift are quite interesting — you get to face cars driven by familiar video game characters. For example, the first league boss is Jin Kazama of Tekken fame, while the second league boss is Pac-Man. These cars are more powerful than the ghost cars the matchmaking system puts you up against in normal league races, but the plus side here is that the boss driver is your only opponent, and you don’t have to worry about being thrown off by four ghost cars darting ahead of you or beside you while you’re trying to nail a perfect drift.

But since you’re going to be facing a truly formidable opponent, as you can only expect from a boss driver and their ride, you should also make sure your car has the right cards equipped. Double-check your current setup before proceeding, and be sure that you’ve got the cards that offer the best overall effect. Also check to see if all cards have been leveled up as far as you can level them up. And when it comes to the actual race, just do what you normally do — focus on the drifting, not on your time, not on the track map, and not on your opponent. A bad drift, as we often say, could cost you the race if you’re not careful, so keep yourself composed, especially toward the end! 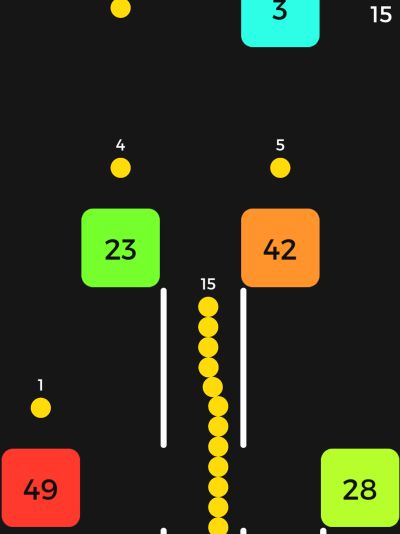 Previous
Snake VS Block Cheats, Tips & Tricks to Get a Super High Score 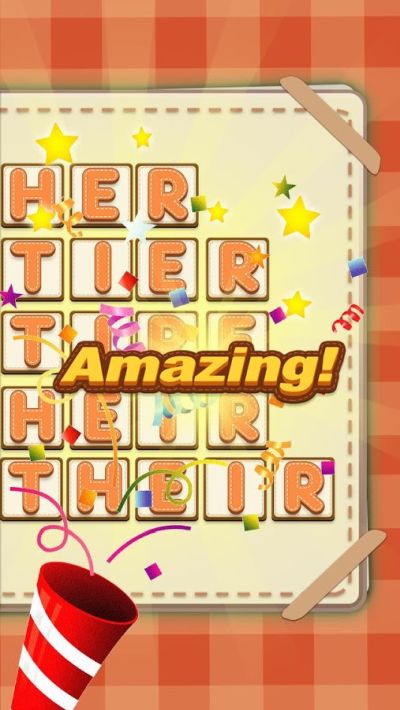 Next
Word Tailor Answers & Solutions for All Levels
Click here to cancel reply.