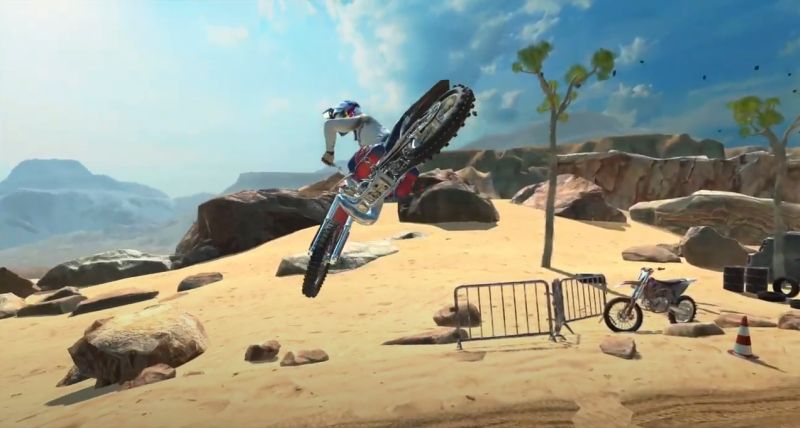 Dirt Bike Unchained promises adrenaline-fueled dirt biking action with console quality graphics on mobile, as you can race across different, breathtaking locations such as deserts, swamps and forests and show off your skills. You can unleash epic jumps and powerslides, develop your skills, and master expert tricks and stunts to win more races and eventually become a dirt bike superstar.

The game comes with multiple game modes, like solo mode, as well as co-op, so you can enjoy the game with your friends. There’s also an in-game mentorship program to help you learn a skill or two, plus some jaw-dropping tricks from a host of motocross and enduro superstars such as Tarah Gieger, Cooper Webb, Jonny Walker, Laia Sanz, Jorge Prado, Glenn Coldenhoff, Sam Sunderland, Manuel Lettenbichler and Cody Webb.

As far as customization options are concerned, you can choose from over 20 bikes at launch and you can add a ton of upgrades to your bike and your character’s look, as you progress in the game. You can customize your bike and character with some epic gear from the most renowned moto brands in the world, including KTM BIKE INDUSTRIES, Leatt, Thor, 100%, Alpinestars and KINI. You can change your character’s outfit, and add some awesome pieces of gear, such as helmets, googles and more.

If you want to experience dirt biking racing at its fullest, then be sure to download Dirt Bike Unchained from the App Store or Google Play.