Ubisoft has a new entry to the Rabbids series for Android and iOS devices, and it’s called Rabbids Crazy Rush. According to the company, this is the wackiest (endless) runner game out there, as it invites you to run at full speed, joining the Rabbids as they hope to make good on their borderline-insane idea of making it to the moon. So how will you do this? You’ll have to collect cans that contain the gas that will fuel their balloon to the moon – yes, it’s an insane idea indeed, but if you’re able to make the most out of all the equipment you get, you just might make it there. And if you won’t, you’ll still make it to a variety of other places.

On top of the above description, Ubisoft claims that this new game is also the “funnest” runner it has ever released. It comes with no shortage of “wacky and hilarious” missions for you to go on. But let’s face it – there’s nothing fun or funny about not being able to make your way through this game. Still, you don’t need to be frustrated while playing the game. This Rabbids Crazy Rush strategy guide may be what you need to help the titular characters achieve their goal of taking their balloon to the moon.

1. Three Stars Is The Way To Go

Really, all you need to do to unlock the next level is to complete the one you’re on with one star. But that’s a barely passing mark, if we are to put things in context – you don’t want to settle for that. Instead, you should be gunning for three stars in each level, as three-starring a level will reward you with a free plunger. Plungers are the game’s premium currency, believe it or not, and they can be rather hard to come by. You’ll use them to rent daily suits for a maximum of two hours, as well as instantly revive your Rabbids. We would recommend against doing the latter – spending premium currency to instantly revive a character is seldom ever a good idea.

2. Unlock The Special Maps And Complete Them

Once you complete the seventh main level in the game, the Special Maps will become available to you. What makes these maps special? It’s simple – you only have so much time to complete them, and you’ll also have to deal with a lives system, which is different from what you get in the standard mode. You will also be asked to use a special suit in these maps, and that’s something else you have to adjust to, and something you may want to collect. If you’re able to complete all of the ten levels per Special Map, you can keep the suit – make sure you’re working on those Special Maps while they’re still available!

3. Try This Trick If You Want To Get More Coins Easily

If you’re having difficulty getting coins, or if you can’t get enough suit pieces due to your lack of pepper cans, you can try your luck in the laundry coin levels. This would become available to you once you reach level 20, and you will need to get the specified amount of laundry coins in order to get three stars. But these levels should be very easy to complete, as far more laundry coins will be spawning than they normally would in other levels. Once they become available, you can grind for coins by replaying those levels over and over again.

4. Get More Pepper Cans With The Glider Magnet

This is something that Ubisoft doesn’t tell you, and something you may have discovered on your own, should you already be familiar with it. But we’re here to tell you about it nonetheless. If you’ve got the Glider Magnet power-up activated, you can use it as a magnet cart – this means you can use the power-up to collect a ton of pepper cans, especially if all three lanes are filled up with them. If you jump and turn the glider on, you’ll collect all the pepper cans in your vicinity, regardless of which lane they’re found in.

5. Everything You Need To Know About Suits

Rabbids Crazy Rush comes with a variety of suits for your Rabbids to use. They are divided into three specific types, namely Destroyer, Jumper, and Bling-Bling. For Destroyer, this allows you to crash into objects and instantly destroy them. Jumper grants you the ability to double jump. Lastly, Bling-Bling doubles the amount of cans you can collect for a limited time. You should use the latter if you’re trying to grind for pepper cans, while Destroyer suits can be very helpful in bailing you out of trouble. The Double Jump suits can serve this purpose as well, but are harder to use, we’d say, than the Destroyer suits.

Another thing you have to remember about suits is that they are additionally tiered in terms of rarity. You’ve got your Common suits, which don’t really offer that much, followed by Advanced, Rare, and Epic. Obviously, it’s the Epic suits that you want to wear if you have a choice, but generally speaking, higher rarity means that their special abilities (as explained above) will last longer, with cool down times likewise becoming shorter. Don’t be disappointed if you merely have to settle for Common suits – a little help is better than no help at all! And also take note that you can use your pepper cans to level up your suits, which can increase their duration of effect and decrease the cool down time.

And this completes our list of tips and tricks for Rabbids Crazy Rush. Do you know additional hints for the game? If so, be sure to let us know in the comment area! 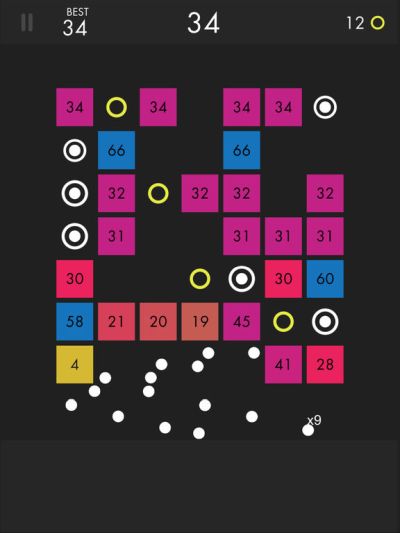 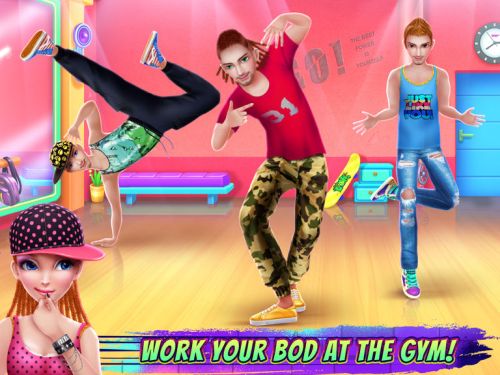 I am having problems collecting laundry tokens - i run over them but my rabbid just won't pick them up. Any ideas what i am doing wrong? Its very frustrating!! : (