With the 0.12.0 update just around the corner, PUBG Mobile developers offered us a heads-up to the most notable changes and additions: dynamic weather in Miramar and Erangel, new zombies and weapons in Survive Until Dawn, and a completely new mode, Darkest Night.

PUBG Mobile 0.12.0 is currently undergoing beta testing. Though an official release date has been confirmed yet (UPDATE: it’s confirmed, that it will be released next week), Tencent has already revealed some of the changes that players should expect upon the public release. 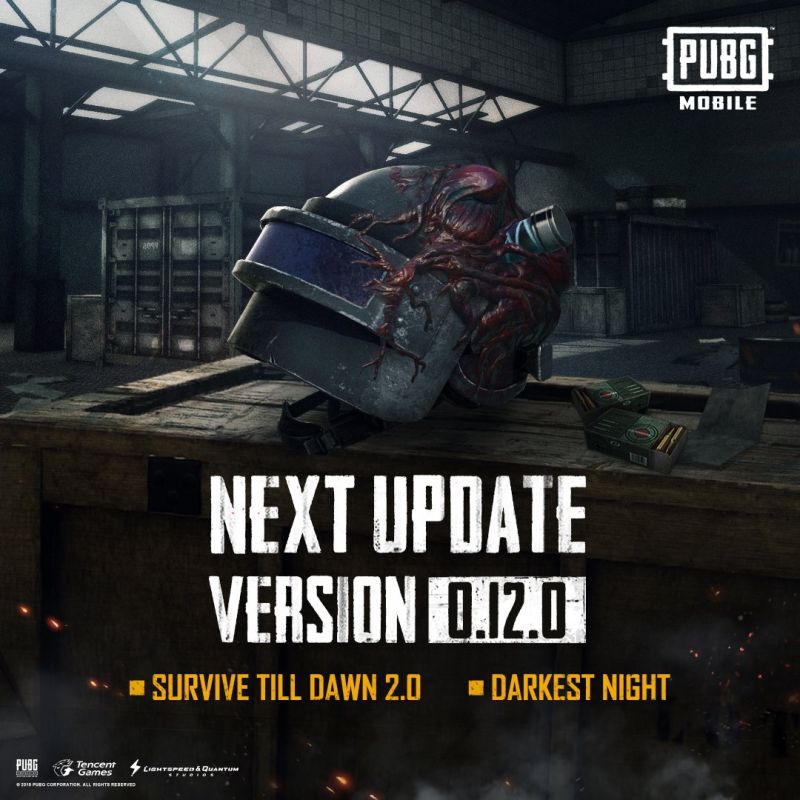 According to the developers, Survive Until Dawn will now feature new zombies and weapons. With the new additions, strategies such as hiding behind a wall or climbing on a roof won’t help players much. Some of the newly added zombies will have the ability to jump over low walls and climb on roofs.

Apart from these changes to the existing modes, there will be a completely new mode titled the Darkest Night. According to the patch notes, players will be spawned randomly on Erangel and are challenged to survive for a specific period of time. If they manage to do so, they will be extracted automatically.

The introduction of dynamic weather (e.g. rain or fog) to Erangel and Miramar will considerably impact gameplay and strategy. In addition, the new update will come with new weapons such as the RPG 7 rocket launcher, liquid nitrogen mines, or explosive crossbow arrows which explode upon impact.

Moreover, PUBG Mobile players can now enjoy pet companions who will accompany them during their matches. Whether these pets will add specific gameplay benefits or not is yet to be revealed.

Eager to see exactly how the new update feels like? Would you have added something to the list? Make sure to drop us a line and share your thoughts with us!