After months of beta testing, X-Legend’s Crown Four Kingdoms is almost ready for a global release. The game is an anime-style MMORPG that revolves around the war between four kingdoms. Crown Four Kingdoms was originally titled Astral Crown when it was announced in June but was renamed just in time for its worldwide launch.

Players will need to choose one of the four warring kingdoms upon character creation. Each kingdom protects a holy item, namely the Red Sword of Victory, the Blue Soul Grail, the Green Crown of Life, and the Yellow Staff of Truth. The game will also have four basic classes upon its launch: Warrior, Assassin, Ranger, and Archmage. Upon meeting the different requirements, each class can advance to the next tier. The advanced classes are Paladin, Brawler, Hunter, and Priest respectively. 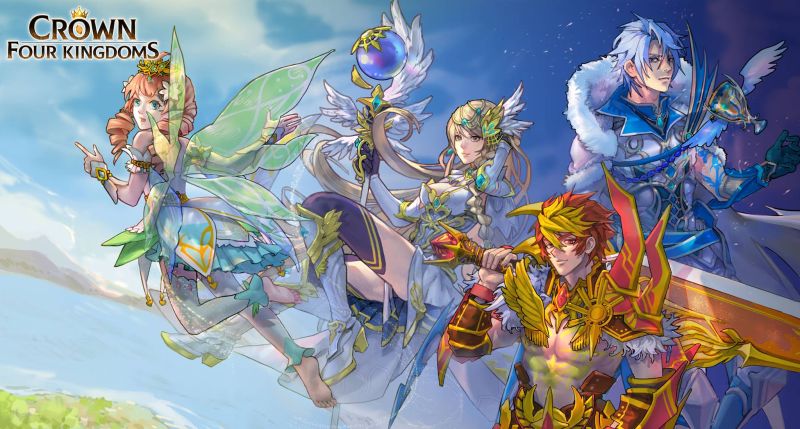 One of the unique features of Crown Four Kingdoms is the player’s ability to switch back and forth between the basic and advanced classes. Since there are distinct differences in combat style between the two tiers, allowing players to freely switch gives them access to multiple skill combinations that otherwise would have been lost as soon as a character advances to the next class.

Aside from the class-switching system, the game also boasts of ambitious MMO features such as territorial control mechanics, 100-player PVP wars, a political system, and cute pets. No self-respecting anime MMORPG would also be caught without fashion options, so players can expect tons of customization features as well as a wide selection of costumes to choose from.

Crown Four Kingdoms will be available for free on both Android and iOS devices. Players can pre-register by heading into the App Store or Google Play Store. Various rewards await all those who sign up, so don’t forget to register!