Tabletop games seem to have found new life in recent years. While physical board games continue to have a strong following, a few popular titles have managed to make their way into the digital world. Legends of Andor is one such title. The game has just been released on Android and iOS, allowing players from around the globe to come together and defend the land of Andor once more. 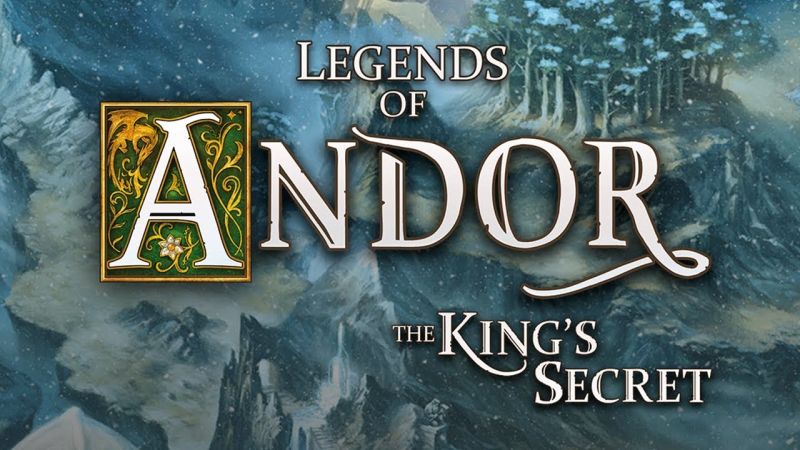 Legends of Andor – The King’s Secret brings the fantasy kingdom to life while still maintaining the classic aesthetics that the game is known for. Players get to meet medieval heroes and take on various magical creatures, all from the comfort of their mobile devices. The game includes all the original classes, like the warrior, sorceress, dwarf, and archer.

For those who are new to Legends of Andor, it is a cooperative board game where different players work together in order to protect the kingdom. Players must defend the king’s castle, overcome different challenges, and defeat numerous opponents. The mobile release is not just a digital remake, though. It reveals a previously unknown story of Andor, allowing veteran players to experience a brand-new adventure altogether.

Each player must guide his group of heroes through the twelve legends. Every hero has his own set of abilities that comes with advantages and disadvantages. Selecting the right character for the job can make or break a quest. Players need to be strategic in every decision they make in order to succeed in any campaign.

While Legends of Andor is largely a multiplayer game, it still offers a single-player mode that helps players learn the ropes at their own pace. It serves as an in-depth tutorial for new players but manages to provide a decent challenge to veterans at the same time. The single-player mode is a good way to test strategies or even pass time for those who can’t commit to a full multiplayer game.

Legends of Andor – The King’s Secret is the fruit of the collaboration between USM Games and Daedalic Entertainment Bavaria as well as the game’s two authors Michael Menzel and Jörg Ihle. It’s available for download from Google Play and the App Store.