A popular JRPG developed by WFS, Another Eden: The Cat Beyond Time and Space has recently celebrated one year since its official launch. To celebrate it, its developers have just announced that the game will soon become available in 29 new countries across Europe, Africa, Central and South America, and South Asia. With the 29 new additions, the title will be available in 71 countries around the globe. 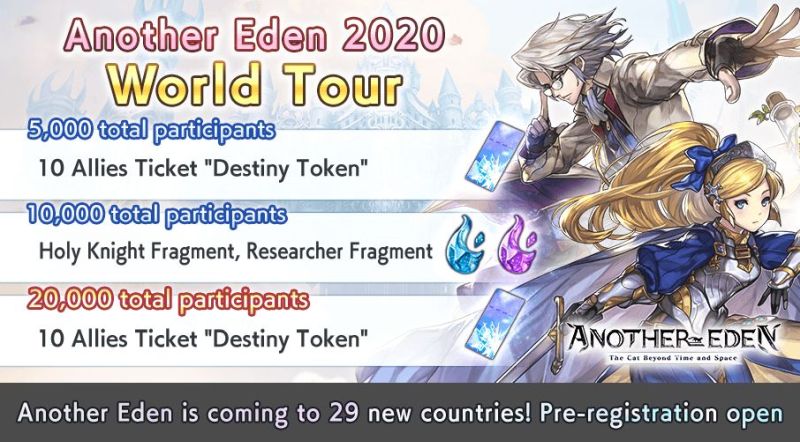 But the good news doesn’t end here. With the last update, a new character has been added: Dunarith. What’s more, WFS is also teasing players with an extra episode to New Eden.

This is the list of the 29 new countries where Another Eden will soon become available: