Not too long ago, we talked in depth about MDickie’s game Popscene, an Android and iOS title where you play the role of an up-and-coming independent/underground musician hoping to make it big in an industry dominated by parodies of Taylor Swift, Katy Perry, Snoop Dogg, and even deceased legends such as Jimi Hendrix, or spoofs of wrestlers John Cena and The Rock. These were general Popscene tips and tricks, but what if you’ve actually achieved rock stardom and don’t know where to go from where you are? We’ve gone deep into the game and finished several in-game years, and that’s allowed us to come up with four more tips, this time dealing with strategies for those who have completed about a decade or so in the game. In other words, advanced strategies.

1. Go For Higher Royalties, As Opposed To Higher Advances

The money you earn in Popscene is used to pay for new musicians you wish to add to your band, and if you want more money in that bank account of yours, you’ll want to negotiate for, or accept deals that have higher royalty percentages. As usual, make sure you’re signing the deal for as long as possible – contracts can run up to one in-game year, or 48 weeks. 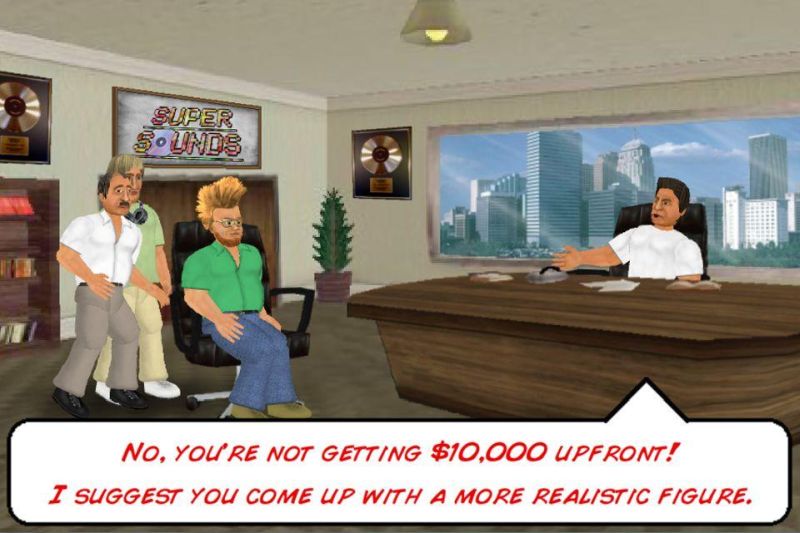 For example, you’d be better off signing a deal where you earn 45 percent royalties but only get an advance of a million dollars, and not a deal where your royalty percentage is 30 percent, while your advance is two million dollars. Simply put, you’ll earn more money (or lose less money) from your singles and albums that way.

Occasionally, your record label’s head will ask you if you want to compete in an American Idol-style talent show, where you perform your highest-rated song and hope that at least two of the three judges give you the thumbs-up. At this point, you’ll probably have no shortage of five-star, five-heart songs, which go down well with judges and allow you to trump opposing musicians in the final round.

Alas, these songs will still get an automatic “NO” vote from judges if they’re record label heads you used to work with. Apparently, their bitterness runs deep after you leave their fold, so no matter how good your song is, your former bosses will do what they could to throw you under the bus.

3. Keep Your Schedule As Busy As Possible To Avoid Getting Sued 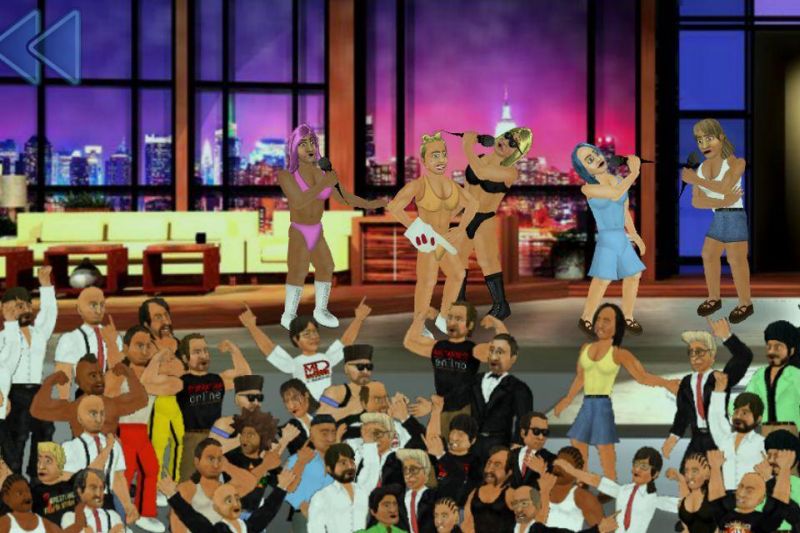 What I usually do is to make sure all weeks have some sort of event booked, only allowing my character and his bandmates to rest when the current album has run its course. This is important, as the aforementioned record label bosses can take advantage of your free week by suing the pants off of you! Yes, your former bosses can be a bitter lot, and that includes filing frivolous lawsuits for not paying taxes or recording offensive music that deserves to be banned.

4. This Is An Endless Game

Unlike other MDickie titles where you can graduate from school (School Days) or be freed from jail (Hard Time), you can theoretically keep on rocking till you die in Popscene. Once you’ve released ten albums, you can simply click on the “x” near your previous album titles, deleting them from your discography and allowing you to keep recording albums as long as you could.