Planet of Heroes is a new MOBA for Android and iOS devices, an exciting war game that takes place in real-time, pitting you against real players from all around the world. Once again, this game will test your abilities in coming up with tactical strategies and outwitting human-controlled enemies, hoping to emerge the winner after each seven-minute match is over. Developer My.com claims that there are thousands of players already fighting in the arenas, so if you think you’re up to the challenge, as they ask you in the description, this should be the game for you.

The game’s makers detail a few other key features in the description, referring to the MOBA system as a casual eSports league with an ELO-like system, with offline tournaments, a PvE campaign, and tons of prizes within the event also standing out. And while all these features may suggest a daunting new title in a popular genre, it’s actually a rather easy game to play among MOBAs. Still, we won’t let you play, or suggest that you don’t play until you check out our Planet of Heroes strategy guide, where we show you how to win more consistently and rise up in the leagues.

All of the heroes in Planet of Heroes can be filed under one of four classifications, namely Assassins, Warriors, Marksmen, and Supports. Before you start taking on human opponents in the arena, it’s important that you know what each of these classifications do better than others. You won’t have too many heroes at first, meaning not all of these classifications will be represented, but it’s best if you try each of them out on your own as you try to get comfortable with the game and find the ideal playing style.

For starters, your Assassins are, strangely enough, what the game calls those high-damage melee heroes. (We think Warriors would have been more apt, but we’d also say that’s nitpicking.) Assassins specialize in doing high amounts of damage in short periods of time, though they are also among your squishiest heroes. That means you’ll have to choose wisely when selecting your targets – we would suggest using your Assassins to target the enemy Support heroes, or possibly their own Assassins. Once again, these characters don’t have that much durability in them, but many are quick enough to perform evasive maneuvers.

In the world of Planet of Heroes, your tanks are referred to as Warriors. They’re the characters that charge in first and suck up damage from the enemy, and in order to do that, they have the requisite high health stats and the toughest armor. They also specialize in crowd control, with stuns, slows, and roots all working well in stymieing the enemy without having to do a lot of damage on their end. Then again, your Warriors do more than the usual tank does, as they can do some decent damage as melee fighters. They should also be your team leaders, literally leading the charge as they protect squishy Assassins and other heroes.

Marksmen, as the term may suggest, are the ranged characters who deal damage from afar. Make sure they’re positioned safely away from their targets, as that would allow them to consistently hurt the enemy. Spacing is important, even if many Marksmen are versatile enough to utilize some crowd control. Also remember that most Marksmen don’t have escape skills, making them very vulnerable as they’re unable to perform evasive maneuvers and head to safer ground quickly.

Lastly, Support heroes are weak in terms of damage-dealing, at dead-last behind Assassins, Marksmen, and Warriors respectively. But they bring on the stuns and the slows, utilize shields for additional defense, and come with escapes among their skills. These are complementary heroes that your team cannot do without, and they’re the ones that provide the proverbial assist, helping Assassins and Marksmen in taking down enemies.

Finding your ideal play style is one thing, and while you were on the road to finding the right character to match your style, you may have noticed that you gain individual experience for each hero you play as. Leveling up will allow heroes access to a rune set, but before we proceed any further, it’s important to know that all the runes from earlier tiers need to be purchased first before buying new ones. When it comes to runes, it’s all about choosing the right specialization, one that could allow your hero to perform in a way that meshes with your play style. If you’re the type who likes thinking out of the box when trying to foil your enemy, you may consider the Lacerated Wounds rune for Bubbles. Using this in conjunction with the Explosive Harpoon skill, you can use the rune to launch harpoons and reduce any healing your target benefited from.

3. Welcome To The Jungle

At the lower portion of the game map, you will find the jungle, which is like the Planet of Heroes’ answer to dungeons. That’s because the jungle is teeming with monsters, which means you should be working on taking out as many of them as possible. Killing one whole camp of monsters will gain valuable experience for your team, and you may even get some buffs that will, for a given period of time, benefit you or one of your teammates. Indeed, you may need a lot of those benefits while out there, especially if you’re facing a tough opponent in the arena.

The best time to head to the jungle would be those moments when nothing seems to be happening in the primary lane. This is a great strategy when trying to earn more XP for your team, but before you go to the jungle, you should be absolutely sure your hero has what it takes to survive such an environment. Bringing the Spark of Smite also helps when going to the jungle; this boosts the damage you can inflict on monsters and minions around you in the area, while also healing yourself by 10 percent of your maximum health.

As we mentioned in the game overview, there is a campaign or mission mode, which is the game’s story mode where your team of heroes takes on AI enemies. Such a feature may seem superfluous in a MOBA, but we’re going to discuss why mission mode is so important, and arguably a must for you to play.

First off, this mode is played by coming up with a team of three heroes, then playing at a fixed level against computer-controlled enemies. Doesn’t sound like much fun compared to the PvP action that MOBAs are known for, but this is a great way to scrounge for upgrade materials that you can use to level up your gear. Tap on any given material in the upgrade menu and you’ll know where you can find them as an item drop. Once you’ve found the materials to upgrade, you can go ahead and spend some Energons (silver bars for upgrades – yes, they’ve borrowed something from the Transformers universe) and make that equipment better, thereby improving your heroes’ stats.

That’s all for now, as far as our Planet of Heroes tips, tricks and cheats are concerned. If you happen to know additional hints for the game, feel free to drop us a line! 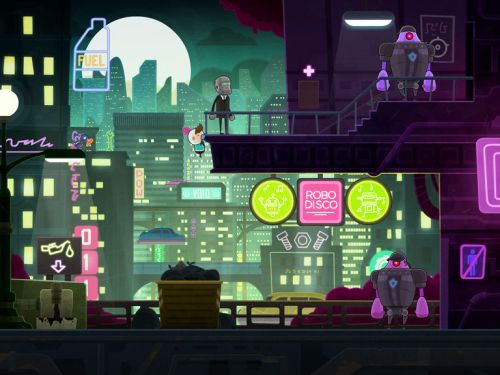 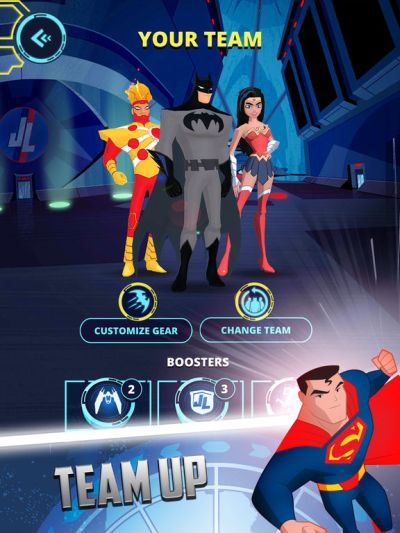