Gabangman Studio’s new iOS and Android game, Pit Stop Racing: Manager, claims to be based on NASCAR racing, and goes on to explain what NASCAR is in the game description, for the benefit of those who aren’t familiar with America’s most popular auto racing series. But do not confuse this as a super-realistic NASCAR team management game that includes actual cars, teams, and drivers. Everything in here is fictional, but the experience of managing a stock car racing team is all in the game — you will be tasked to put your team’s cars through practice, scout new cars and teams with your prize money, and win more races and earn more experience points. There’s also a bit of an RPG element in here, as you can research new technologies through the competitions you win. But more importantly, this is an idle clicker game in terms of its main mechanics, rather than a straight-up management game.

Just like another auto racing management sim we had previously covered, Grand Prix Story 2, this game is deceptively deep in its feature set, and the learning curve may be steeper than you expect. But don’t let that discourage you, as we’re here to lend a helping hand to anyone who may be checking this game out for the first time. Read on, and follow the tips and tricks in our Pit Stop Racing: Manager strategy guide so you could emerge on top far more often than not!

1. Tap The Car At The Right Place

It’s just like how idle clickers work, only this time, you’re dealing with cars and auto racing.

By tapping on the screen, you’ll be able to make your car go much faster than it normally does. But there’s a method to the madness, and a right way to tap your car. That would mean tapping over the car, or around it — that’s the only way for you to truly reap the benefits of tapping. If you tap too low, then it won’t make much of a difference, if any at all, so make sure you’re tapping on the right spot!

Pit Stop Racing: Manager has a practice mode that could help you hone your skills for actual races, but it’s actually more important than that. In fact, this is where you’ll learn just why the game is called Pit Stop Racing — taking a pit stop while in practice mode would allow you to earn a good amount of money, and more money than what you’d earn by merely competing the laps. That means you would want to keep the game running, leaving your phone or tablet plugged into a charger. But don’t leave your device lying there — take a look at the screen from time to time so you could have your car take a pit stop. It might not sound too realistic in the grand scheme of things, but pit stops do earn you money in this game!

3. You’ll Have To Buy Better Cars Over Time

Although it makes sense to stick to your present vehicle for as long as possible, there’s no way for you to avoid having to buy a new vehicle at some point in the game. Having a better car means you’ve got more to work with in terms of upgrades, and more to win in terms of rewards. Make it a point that you’re trying to earn as much money as possible (actually XP — yes, it doubles as experience points AND currency) so you can buy a better ride for yourself.

4. At Some Point, You’ll Have To Stick To Your Ride For A While

We would have mentioned this as a bonus tip or pro-tip, but we still believe this deserves to be mentioned as it is, as a separate tip of its own.

Closely monitor the Crew Teams, because if you do, you’ll know just when you can start focusing on upgrading the sponsor, rather than waiting until you’ve got enough XP to buy the next-highest vehicle on the list. It’s just as easy as comparing prices. If you’ve reached a point where it’ll cost you less money to buy a new Crew Team than it would to buy a new car, you should get the Crew Team, and pass up on the car for the meantime.

5. You Need To Be Committed If You Want To Earn Trophies

You could also win trophies in Pit Stop Racing: Manager, but it’s also important that your car is ready for the races, and properly upgraded, with every applicable upgrade unlocked. That sounds easy enough, if expensive for obvious reasons, but you have to remember that trophies are earned through completing laps. Doesn’t sound so easy anymore, does it?

There is a way, however, to increase your chances of winning a trophy, and that would be to start a new trophy race only when you’ve got enough free time to complete all the laps. Unfortunately, there is ideally no way to save these races in the middle, so if something comes up in the middle of the race ands you have to quit, you will have to redo the race from square one. Consider that some of the more difficult challenges later on in the game will require you to complete 100 laps or more, just like actual NASCAR races!

6. How To Exit Trophy Races Properly

If you go back to the above tip, you’ll notice that we used the term “ideally” when referring to the option to quit trophy races. That’s because it is actually possible to do so, though not guaranteed depending on your device. You can quit a trophy race normally and return to the very point where you left off, but the thing here is that you can’t force-quit the app — i.e. you cannot swipe up on your iPhone to quit the app and remove it from your background programs.

Once again, this workaround isn’t guaranteed to work all the time, on all devices. We would recommend that you see if it works, testing it out on a trophy race in the very early goings, so you won’t end up losing much progress in case it doesn’t.

At this point, we should remind you once again that this is an idle clicker. That means you’ll have to prestige at some point in the game, which is idle clicker jargon for resetting your game and going right back to the start, while keeping some perks, buffs, items, or whatnot that help you move faster on the next play through. In this case, you can keep special upgrades (more on them later) upon prestiging, though everything else will be reset. You’ll start once again with no XP, and with the most basic, first-tier car, but with the benefit of making better time with each successive prestige.

The best time to prestige, we’d say, would be at the point where you aren’t seeing much progress anymore, regardless of the car you have, or the number of upgrades you’ve outfitted. Yep, just like how your average idle clicker works.

8. How To Upgrade Your Cars Smartly

When talking about upgrades, there are two types for you to choose from. These include the upgrades that become available when you buy either a new car or a new crew team, as well as the upgrades that you buy with special currency even after prestiging.

The game’s mechanics ensure that you wouldn’t be able to stick to one upgrade type alone when it comes to moving forward and doing so quickly. That means you will have to balance your upgrades, and make sure all of them are at the same level until you could afford the more premium price. We would recommend starting out with the car upgrades, as all they’ll cost you is some XP, and they aren’t too difficult to unlock. But you should also work toward getting enough dollars — Pit Stop Racing: Manager’s premium currency — so you can afford as many special upgrades as you could.

Last, but not the least, let’s talk about ad videos, which we would strongly recommend you watch. Why should you watch advertisements, and what’s in it for you if you watch them?

For starters, there are a lot of opportunities in which you can watch ads, and doing so would win you a good share of freebies. There’s the common currency (XP), as well as more dollars that could allow you to buy the special upgrades that will remain even after you’ve prestiged. There’s another type of premium currency, which you could also win simply by watching an ad video. Don’t pass up the chance to watch ads, and play this game with the internet turned on, so as to assure you that chance to watch every video served up! 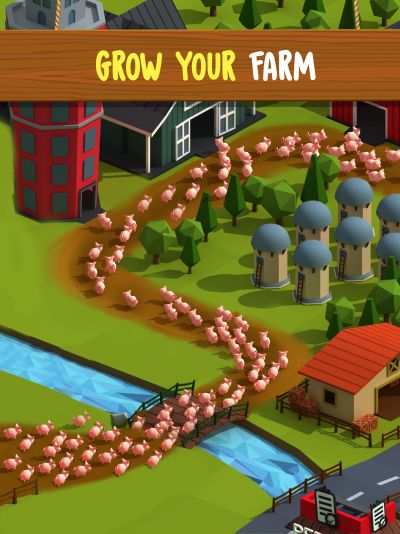 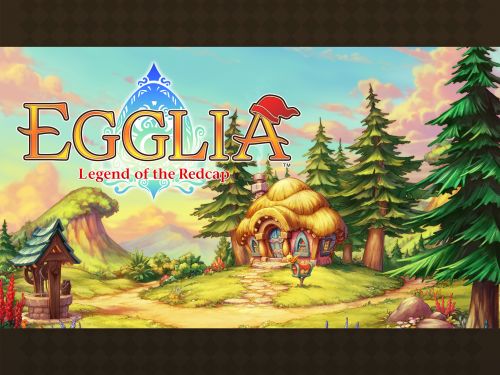 Next
EGGLIA: Legend of the Redcap Guide: 10 Tips, Cheats & Tricks You Should Know
Click here to cancel reply.