One Punch Man: The Strongest Heroes and Monsters Tier List: The Best SSR and SR Characters

One Punch Man: The Strongest is a brand-new hero collector RPG developed by FingerFun Limited. It’s a great game for both turn-based RPG enthusiasts and fans of the One Punch Man anime. It’s chock-full of content and its combat system has a lot of depth, making it one of the best-developed hero collector games in the Google Play Store right now. 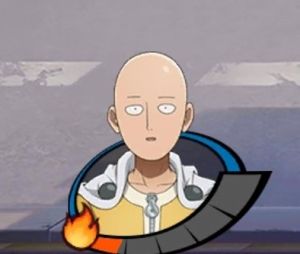 Honestly even just seeing this guy in the game with this daft blank expression makes it worth playing.

We’ve covered the basics of One Punch Man: The Strongest in a previous article. If you missed that, then be sure to head over to our beginner’s guide.

In this article, we’ll take a look at the strongest heroes and monsters in One Punch Man: The Strongest. Just being SR or SSR doesn’t make a character worth investing in. Yes, they’re better than N and R characters in general. But if you have multiple SR or SSR characters, you’ll have to choose who to upgrade first.

You might also end up getting strong SSR characters that don’t exactly fit your playstyle. In this case, you might not want to upgrade that character. They really won’t do well in your team composition anyway, so sinking your resources on them would be a waste. 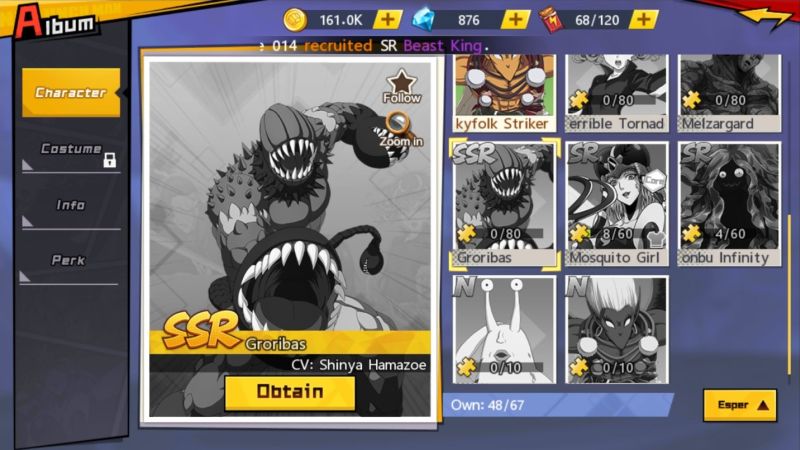 This is the guide that will help you make better choices. We also touch on their strengths to help you see if they fit the build you have in mind.

Finally, you can always build your team in any way you like. You can skip over this guide if you want to build an “All-Star” dream team, and if you don’t really care about the game’s competitive aspect. If you find it fun to upgrade Mumen Rider to the max because you admire his sense of justice, then go for it. Treat this article as a guide, not as an instruction manual. Don’t let us hamper your fun.

But for those who want to win in the PvP Arena and need the extra leg up, read on. Let us help you build the best possible team and show your opponents overwhelming power! So without further ado, we present you our One Punch Man: The Strongest tier list below, showcasing the best SSR and SR characters in the game!

Remember to always go for Recruit x10 whenever possible!

If the acronyms don’t mean anything to you right now, that’s okay. The game doesn’t tell you what they mean, after all, but we’ll get into those labels later.

First, it’s important to know that you can get more characters through Recruitment. This is one of the first things the game teaches you. However, the game doesn’t tell you the difference between the two Recruitment Banners.

The more important difference is which characters you get from the two Recruitment Banners. In Epic Recruit, you can get all types of characters, from N to SSR. Meanwhile, you get stronger characters more often in Elite Recruit because they don’t give you N characters. The probability of getting an SSR character is also higher in Elite Recruit.

Another difference is the specific characters you can get from either Banner. As of this writing, the Epic Recruit can give you the following SSR Characters: Tank Top Master, Subterranean King, Melzargard, Vaccine Man, Carnage Kabuto, and Puri-Puri Prisoner. Meanwhile, Elite Recruit can also give you any of those six characters, plus Terrible Tornado, Atomic Samurai, Deep Sea King, Child Emperor, Superalloy Blackluster, and Geryuganshoop.

Does that make Elite Recruit better than Epic? In general, yes. However, you have equal chances of getting any character of the same rarity. Even though you’re more likely to get an SSR character via Elite, you are less likely to get the specific SSR character you want from it. So if you’re after someone specific, say Tank Top Master for example, then you’ll find him more easily in Epic Recruit.

What about those letters? What do the abbreviations mean? Those letters represent different rarities. The higher the rarity, the harder they are to get, and you upgrade them with rarer resources. From least rare to most rare, these are Normal, Rare, Super Rare, and Super Super Rare. They’re easy to remember, and they’re widely used in hero collector games. Maybe you’ll see them again in the next game you play!

Finally, you can check which characters are in each banner, and the probability of them appearing. Simply click “Preview” to do this. There are also characters that you can only get by collecting enough shards for them in events, like Speed-o’-Sound Sonic and Groribas, who are both SSR. They can’t be obtained through Recruitment, and thus don’t appear in the “Preview” of the recruitment banners.

Which SSR Characters Are Worth Upgrading?

Since all players start with a really powerful SR character, Genos will be our baseline on whether or not an SSR character is worth upgrading. If the SSR you got for free in the Recruitment Perk Event is weaker than Genos, then consider restarting your progress. This is called re-rolling, and it can be done by either logging into a new server or using a new account. People re-roll because getting a good quality SSR will help you get far into the game without grinding. 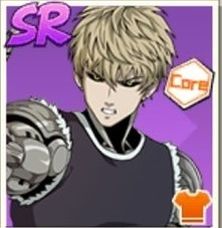 You can never go wrong with Genos.

The Big Three – Best SSR Characters In One Punch Man: The Strongest 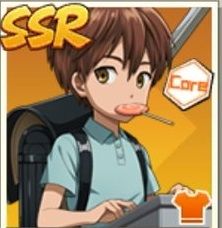 Top 1: Child Emperor – Don’t let this kid fool you. He’s like a little Iron Man, minus the suit, but with all the punch of Tony Stark. His specialty is clearing a whole row of enemies in one turn, while leaving those who survive stunned senseless. You can chain skills with him, too, because his passive ability gives your team 2 Energy each time someone lands a critical hit. He’s an absolute beast in the game and fits right into any kind of team composition. 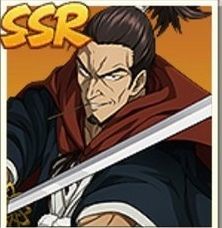 Top 2: Atomic Samurai – Unlike Child Emperor, Atomic Samurai is more interested in cutting up enemies one person at a time. If you’re facing a tank, then Atomic Samurai is your guy. With his high damage and high critical hit rate, he can one-hit-kill almost anyone. As an added bonus, his passive ability allows him to use his skills every turn, as each kill will reset his cooldowns. 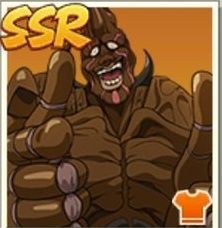 Top 3: Carnage Kabuto – If you like using your enemies’ strengths against them, then Carnage Kabuto is your top choice. This character returns 20% of the damage dealt to him to the entire enemy team! His attacks aren’t versatile, and he can only hit one character at a time, but who needs attacking when standing still already kills the enemy?

Other SSR Characters Worth Upgrading 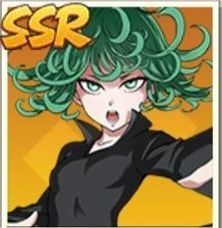 Top 4: Terrible Tornado – Terrible Tornado lives up to her name. Her attacks don’t choose their victims – if you’re an enemy then you’re getting hit! She has a very high damage output, and works very well in many team compositions. She has high synergy with characters who can buff her critical hit rate, which raises the cap on her damage even further. 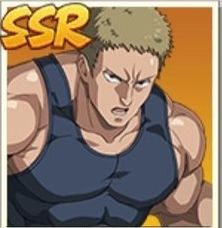 Top 5: Tank Top Master – Tank Top Master can take and dish out damage. He has high HP, allowing him to absorb a lot of punishment. But what makes him great is his ability to deal more damage the more HP he has. Pair this with his passive that allows him to stack in more HP, and he’s an unstoppable machine. 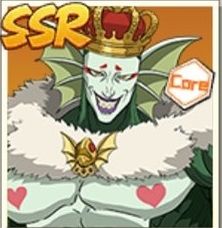 Top 6: Deep Sea King – Deep Sea King is slow, which means he will likely make his actions later than anyone else. Thankfully, he doesn’t rely too much on his ultimate skill. His regular skills are strong enough, which makes him the perfect finisher for wounded enemies. He also applies Corrode to enemies, making sure that those who survive his attacks won’t live long to tell the tale.

These are the six characters you should be looking for. The others may have too specific functions that make it hard for them to recommend. Some may be strong, just overshadowed by better options.

And then there’s Geryuganshoop. Saitama didn’t make him look weak by killing him with one blow in the anime. Geryuganshoop, in spite of his SSR rank, is just weak, period.

If you’re not so lucky with your SSR characters, then you can train the following SR characters instead. They may not be as strong, but they will help you grind more easily for your next batch of Recruit Tickets. 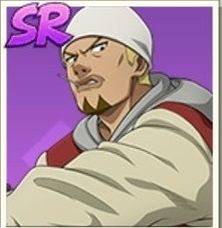 Golden Ball – Golden Ball can fill both the role of an AoE (area-of-effect; attacking multiple enemies at once) specialist or of a duelist. He deals significant damage, either way. What keeps him down are his relatively low stats, which makes him outclassed by SSR characters in the long run. 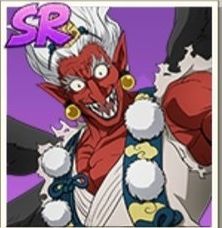 Sky King – You can get Sky King as you finish enough Story Missions, so he’s not too difficult to get. You will want him in your team while you’re still trying to find SSR characters. He gives your whole team a 20% boost in attack at the start of battle, which is a very large swing when it comes to damage. 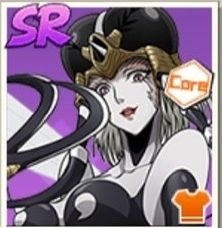 Mosquito Girl – Mosquito Girl is one of the two best healers in the game. If you have a strong tank like Carnage Kabuto or Tank Top Master, Mosquito Girl can keep them alive. You can play battles slow like this, allowing your tanks to slowly kill opponents even with their low damage. With her, every battle becomes a war of attrition, instead of a nuclear arms race. Defense is the best offense, as they say! 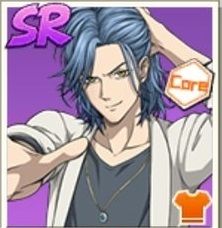 Amai Mask – Amai Mask is a decent Assassin who can target enemies in the back row. His passive gives your team 6 Energy whenever he successfully lands a killing blow. He’s ideal for boss fights, especially since the boss is usually in the back row – untouchable until you clear the front row of opponents. With Amai Mask, you can take care of the boss and have an easier time taking on the henchmen.

The Only R That Matters 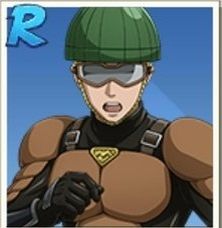 Amidst all these powerful SSR and SR characters, one R character stands out in the crowd. This is Mumen Rider. While he’s weak on his own, his ability gives a very big boost to a target ally. His ability makes one of your characters take their action immediately while also increasing their damage. Speed is a big deal in the game, especially in PvP, so Mumen Rider’s buff can raise your team power’s ceiling. Thankfully, everyone starts with Mumen Rider. If you want to exploit the strengths of a single character in your team, then consider putting in Mumen Rider.

And that’s it for our tier list. We hope this guide can help you build your ultimate team of Heroes and Monsters. But on top of all this, don’t forget to have fun in the game! There’s no shame in having characters that are not part of any tier list. The most important thing to do when playing is to have fun! 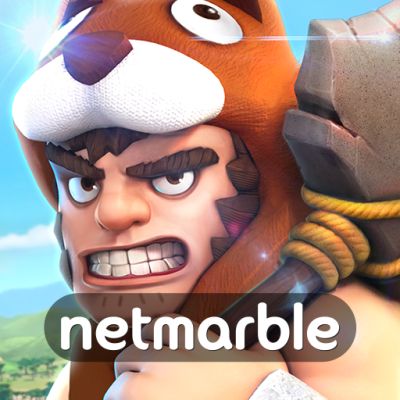 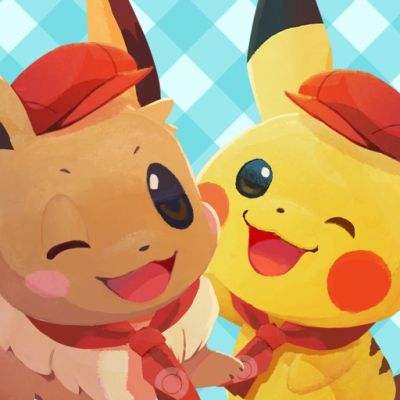