Nickelodeon’s new mobile game OctoPie, which is now available for iOS and Android devices, puts you in control of probably the most unusual pizza delivery guy out there – an octopus from the new Nickelodeon show Game Shakers. You’ll be traveling across town and delivering pizza pies to a wide variety of quirky customers, including a bear and a sumo wrestler, and also avoiding different obstacles and enemies, such as a lobster on a high wire, a “jetpack wiener dog,” and a “crazy cat lady” who throws water balloons your way. You’ve got to slingshot those pizzas to customers before they become upset with you, and as you’ll find out soon enough, that’s something that is easier said than done. You can also buy “fun” upgrades and collect tips in the game’s tip-collecting mode.

Think delivering pizzas is all fun and games? As we said, it may turn out to be a challenge, especially if you’re new to the game. Now, with these OctoPie tips and tricks, delivering pizzas to customers and avoiding the enemies should be no problem, as we’ll be covering the gamut of general topics related to the game.

Each of the targets in the game will be worth a different amount of points, though you probably wouldn’t notice it while you’re in the thick of things, delivering pizzas while driving your truck around town. To wit, you’ll get one point if you deliver to the football player, three points if you deliver to the dude with the purple guitar, the guy with the black suit, the dinosaur, or the guy with the big muscles, four points if you deliver to the bear with a fishing pole or the guy with the blue suit and an orange magazine, five points for the basketball player, six points for the lady in a purple dress and the pigeons. Obviously, you want to prioritize delivering to customers who will give you the most points, though the main thing here is to deliver to as many people as possible, regardless of their corresponding point totals.

2. Take The Tip Round Seriously

You will get to play bonus rounds at the end of levels, allowing you to collect tips. It goes without saying that you should take these bonus rounds very seriously, but you may actually do better if you use the accelerometer on your phone. The game allows you to do that in order to steer OctoPie; tilt your device left or right to move him around, and collect more tips. Then again, tilting one’s phone doesn’t necessarily work well for everybody, so use the steering method you’re most comfortable with so you can make the most out of the tip rounds.

3. Get Rid Of The Pigeons

Unfortunately, the pigeons you’ll see from time to time in the game are bad news. They will fly around in a fixed arc, dropping down for a few moments, then going back up by a few inches. Remember that the arc is fixed; you’ll want to memorize that arc and predict where the pigeon will be in a few seconds. Fire ahead of time, and if you hit the pigeon right on the dot, you’ll get six points, just as we said in the tip about point values. Pigeons are rare ,but not as rare as the woman in the purple dress, so take advantage of those pigeon sightings in order to get more points.

4. Buy The Upgrades That Matter

You will eventually have to collect and unlock power-ups so you can help OctoPie get through the more difficult levels of the game. But before that, it’s a must that you upgrade OctoPie so that he can use those power-ups. Take note, however, that you need to focus on buying the right upgrades, and not those that are merely cosmetic; in fact, it’s only the hats that do more than just change the way your character looks, and actually impact his abilities. Buy as many upgrades as possible, even the cosmetic ones, as the game will let you know how many upgrades you need to have in order for you to unlock the next power-up.

5. Have Octopie Wear Those Hats

The hats, as we stated, are the only kind of upgrades that could positively impact OctoPie’s abilities. So what do these hats do in specific? For starters, the Western Hat will give you a more accurate reticle for targeting, and the Ninja Mask will allow you to use your ink to stun enemies for a longer duration. Feel free to try out as many hats as possible, and stick to the ones that benefit you the most in the game.

Last, but not the least, we should remind you that OctoPie is not a game for those who like to take their time and plan their moves leisurely. In fact, customers will get ticked off at you if you leave them along for too long; you’ll notice this when you see the red angry face on top of your screen. Seeing the red face thrice in a level will end your run, so keep those customers happy and deliver the pizzas as quickly as possible, yet in an efficient way that doesn’t result in too many pizzas getting wasted. Again, you want to be fast. 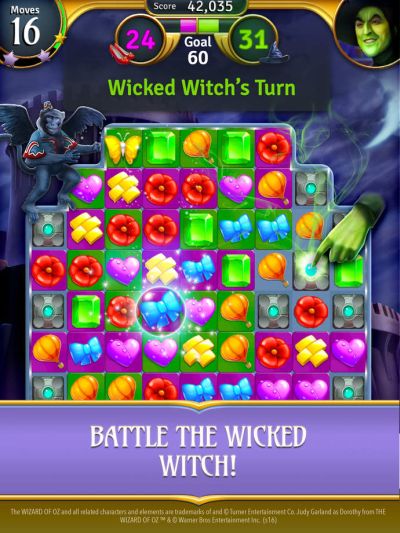 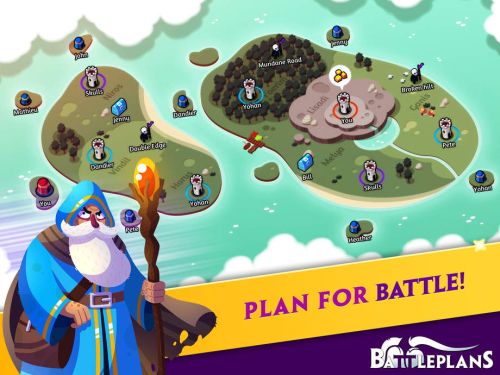