Nonstop Knight is an immersive new mobile game from Flaregames that is now available for Android and iOS devices as a one-touch endless action RPG. Unlike other RPGs that get to the details with in-depth stories and features, the “endless” part of Nonstop Knight ensures that it’s a more casual experience for gamers, making it perfect for anyone to pick up. You can kill enemies, including bosses, and earn gold in the process, upgrade your knight so that he performs better in battle, discover new abilities for him, and compete with other gamers in climbing up the dungeon leaderboards. This might not be the RPG for you if you want something with a rich storyline, but if you’re looking for a fun little time-killer that has those role-playing game elements, and one you can work on in your own time, this game’s for you.

We’ve already shared with you a set of Nonstop Knight tips, tricks and strategies, mainly focusing on hints for first-timers. And while this isn’t exactly a guide full of advanced tips, we shall be dealing with a few topics that deserve particular focus – how to earn more gold coins in Nonstop Knight, and how to get better equipment, meaning your weapons and armor.

If you want to earn coins faster in this game, the first and foremost thing you should do is to work on those upgrades. If you’ve accumulated enough tokens in the game, you can go to the Upgrades section of the in-app store and buy yourself some power-ups. These bonuses, however, will remain even If you’ve leveled up. And the bonus you want to buy if you want to earn coins faster is the Coin Gain power-up. You could enjoy a coin gain of up to 300 percent, or three times the amount of coins you would normally collect. You can also go for the Offline Coins power-up, which allows you to earn more money while you’re logged out and not playing the game. This is also quite appealing, as it’s always good to earn some in-game dough while you’re sleeping.

2. What Is The Gold Leap And Why Do You Need It?

The only skill that allows you to earn coins is the Gold Leap. That’s the first improvement over the basic Leap, and you can unlock it comparatively early. So what does a Gold Leap do for you anyway? Simply put, you’ll earn gold coins each time you land after making a leap. Even if you don’t use this skill to kill enemies, you’ll still be eligible to earn coins; just keep on leaping and keep on earning ,and it’s as simple as that.

Aside from buying upgrades and moving up to the Gold Leap, another great way for you to earn coins in Nonstop Knight is to string together combos. The game won’t tell you this in any way, shape, or form, so consider this a hidden trick – if you’re able to kill at least three enemies with one blow, you’ll be rewarded with free coins. That brings us back to the aforementioned Gold Leap, because your basic reach will only be limited to two enemies or so – sometimes you may be able to reach three, but more often than not, you’ll be limited to two. But with the use of Gold Leap and other skills, you can string together these combos for some neat gold bonuses.

Gold Leap is important in this regard, but you should also be leveling up your Cloak, which determines the amount of damage your skills inflict on enemies. Try launching the Gold Leap with a sufficiently upgraded Cloak, and you’ll be stringing together combos en route to a ton of coins. Just think about it – doing this could allow you to kill as many as five enemies in one go!

Of course, there’s the old tried-and-tested, the most organic way in which you can earn coins – killing more monsters. The more monsters you slay, the more coins you can expect to receive. And as a bonus tip, you can also pay gems to get coins, though we would suggest spending your premium currency on something more prudent; if you want to get coins the easy and natural way, just kill more enemies.

5. The Basics Of Weapons And Armor

Now that we’re pretty much done with the coins and how to earn more of them, let’s move on to your equipment, meaning your weapons (swords, axes, etc.) and armor. But aside from those two main categories, you’ve also got your cloaks, which, as we explained above, determine how much damage your knight can do. All three are important to upgrade, and since we’re talking basics, we should also tell you that you’re limited to just one item per slot at any time in the game.

6. How To Upgrade Your Equipment

You will be informed of how much you need to pay to level up your weapons, armor, and cloak in the equipment tab. Once the backpack icon (the one you have to click to get to the equipment tab) turns green, that means you’ve got enough coins for an upgrade. Just tap on that icon and you’ll be doing the necessary upgrade. But there is also one thing that you should be considering – your weapons and armor may have perks, which, in RPG parlance, are stat bonuses that could help you in a unique way. If you’ve got two similar pieces of gear in terms of their level or stats, the perks may be the one to help you decide which equipment you should be upgrading.

In the traditional role-playing game, characters can open chests to earn more loot, and these chests are often very plentiful, often given out by the game itself. But that’s not one of Nonstop Knight’s a key features, as you are, simply put, controlling a nonstop knight. Still, you can win chests after killing a boss successfully; these chests come with new and oftentimes premium gear which you can equip or sell. And if you don’t get a nice piece of gear, you can also spend your gems for a reroll. 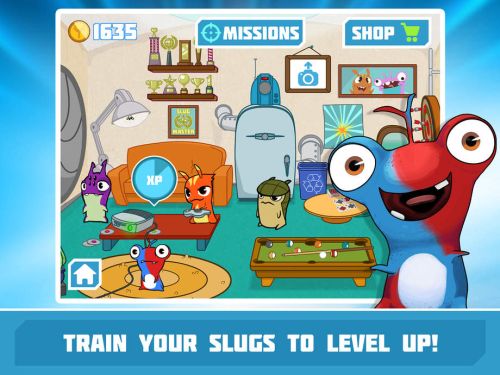