NetEase isn’t easing up on churning out new battle royale titles. The company’s latest project, Cyber Hunter, has just been soft launched in several countries, including Malaysia, Singapore, and Indonesia. The game is a sci-fi themed battle royale where players get to duke it out in a 6km by 6km map until only one survives. Players who create accounts during the soft launch get a head start because their information will not be wiped upon global release.

Cyber Hunter was first announced last October. While most players will most likely try out any new battle royale title, the game goes above and beyond to set itself apart from the rest of the genre. It boasts of an extreme parkour experience where players can climb any surface and glide. The game’s futuristic setting certainly makes such feats plausible. 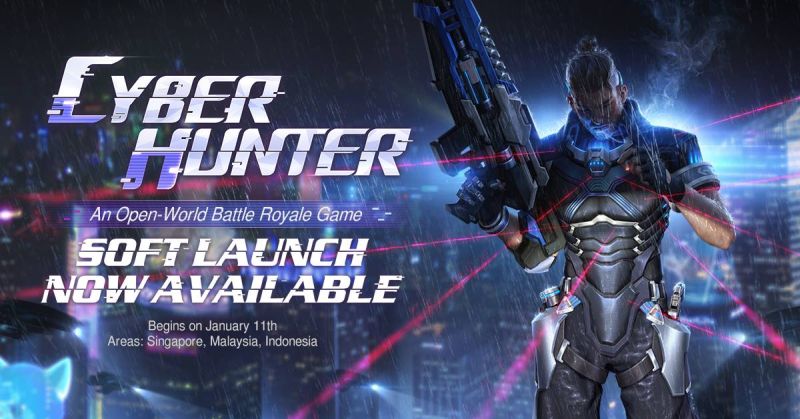 The game also features highly detailed character customization options that allows players to tweak even their character’s eyes, face, make-up, and more. Not only can the colors be changed, the saturation, brightness, and transparency of each color can also be adjusted in order to create a truly unique avatar. Players love vanity features, as shown by the sheer amount of money spent on character and weapon skins in other battle royale titles like Fortnite and Rules of Survival. Skins, personalized moves, weapon paints, and vehicle custom colors will undoubtedly be part of this game’s microtransactions as well.

Aside from the genre’s staple sky-diving and looting, Cyber Hunter adds skills to the combat mechanics. Leveling up in the game unlocks different abilities like detecting enemy signals, turning invisible, and building barricades. Players can also dismantle buildings and objects in order to gain droid energy. Other features like a Safety Ring that protects players when they are outside the safe zone add spice to the game. 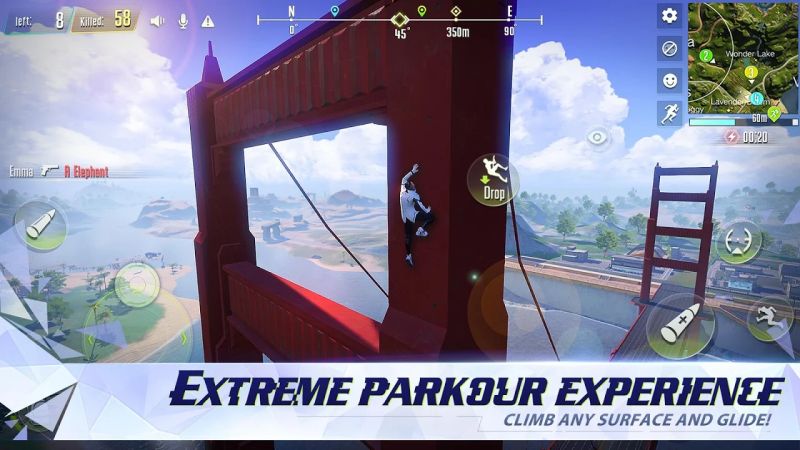 Weapons in the game also try to set themselves apart from the rest of the other games. While SMGs, Rifles, Sniper Rifles, Shotguns, and Throwables aren’t exactly new categories, these weapons have unique characteristics when found in this game. Players may pick up a healing shotgun, a freezing grenade, or even and launcher that is made for demolishing buildings. Weapons can also be upgraded using Enhance Cores, giving players access to new powers and skills.

Cyber Hunter also has an assortment of vehicles, and as players would expect, they also have a few sci-fi tricks up their sleeves. The most notable of the vehicles, of course, is the Cerberus. This little car can transform into a battle mecha, fulfilling every player’s Transformers fantasies. Other fancy vehicles include the Windrider which turns into a plane, and the Dawnbreaker which has a destroyer wheel.

Cyber Hunter is only currently available for Android devices as the game is still under App Store review. The developers assure players that the game will eventually be available for iOS devices, though. No further announcements have been made regarding the global launch. Players who want to stay updated can check out the game’s official Facebook page for more information.