Back in the ‘90s, NBA Jam was an alternative for anyone who preferred good old fashioned arcade fun to the in-depth simulation of what would become the NBA Live series. And now it’s available for mobile devices, with EA Sports releasing the game for Android, iOS, and even Windows Phone. The game features all 30 NBA teams of the present, with their top stars and a definite nod to the original ‘90s title – high-flying arcade action with moves you simply won’t see on any real-life highlight reel. There are also four game modes to choose from – Play Now, Classic Campaign, Local Multiplayer (for playing against a friend via local Wi-Fi or Bluetooth), and Online Multiplayer.

For this NBA Jam strategy guide, we’ll be dealing with ways to unlock all the secret teams, and all the special characters that the game comes with. Let’s get to those tips and tricks.

Aside from the 30 NBA teams, you can unlock other teams that feature players who are…let’s just say players who you can’t see on any NBA roster. When entering your initials for the Play Now option, entering DEM would unlock the Democrats team, which features Barack Obama, Joe Biden, Al Gore, and Bill and Hillary Clinton. REP, on the other hand, unlocks the Republicans, which feature George W. Bush, John McCain, Dick Chaney, and (believe it or not) Sarah Palin.

It’s not just politicians who are part of these special teams. The MAS initial code will give you the Mascots team, starring various team mascots such as Rufus Lynx, Rumble the Bison, Rocky the Mountain Lion, and others. Lastly, OGJ will get you the Original Jam Team, featuring NBA Jam creator Mark Turmell and announcer Tim Kitzrow.

You can also unlock secret teams by meeting certain in-game achievements. The 100 Club achievement gets you the EA Mobile team of Ryan Winterholler, Josh Valensi, and Sean Chapel, the Southwest Division Represent achievement gets you a team of four Stickmen of different colors, and Buzzer Beater allows you to play as rap legends the Beastie Boys – Mike D, MCA, and Ad-Rock.
Take note that the special teams can only be selected in Play Now or Multiplayer, but not in Career.

When it comes to unlocking secret players, and by this we mean retired NBA superstars, you’ll have to reach certain achievements, which we’ll detail to you below.

If you hit a Buzzer Beater, which is a last-second shot to win the game, you won’t just be unlocking the Beastie Boys, but also former players George Gervin and Mark Price. Buzzer Beaters can be any shot except for a dunk, just as long as it enters the hoop as the clock hits zero in the fourth quarter of the game. And as mentioned above, you have to win the game, so you have to make sure that you’re only one point down (or two points down, if you’re aiming for a three-point shot) in the dying seconds of the fourth quarter. You also have to make sure that you ask your AI teammate to pass you the ball, so you can go for that game-winning bucket at the last second.

Ideally, you’ll want to set quarter length to two minutes for best and easiest chances of scoring a Buzzer Beater, and go for this achievement in your first or second Classic Campaign playthrough, but not any later, as the degree of difficulty in Classic Campaign rises in each subsequent game.

Double Up would mean beating the AI player by scoring twice as much as them or better – unlocked players include Nick Anderson, Brad Daugherty, and Mitch Richmond. Again, two-minute quarters are best here, as that means less points to score and an easier time for you to double your opponent’s score.

The Century Scorer achievement can be reached by scoring 100 points in a single game, and contrary to what you expect, you won’t be unlocking the NBA’s only 100-point man, Wilt Chamberlain – instead, you get two other retired NBA stars, Magic Johnson and Dan Majerle. We suggest setting the quarter length to five minutes so you can reach the 100-point mark easier; additionally, the only points that count here are the ones you score, and not the ones that your partner does. That would mean having him set you up with passes all the time.

Before we tell you who you can unlock with Fired Up, which means getting On Fire four times in a game, let’s tell you a little bit about how NBA Jam decides whether you’re On Fire or not. This would mean scoring three consecutive baskets without your opponent scoring; usually, you can do this by playing aggressive defense and setting up a score with a steal or block. We suggest five-minute quarters for trying for the Fired Up achievement, which will unlock Chuck Person and Larry Johnson.

Speaking of defense, the Sticky Fingers achievement is earned when you steal the ball ten times in a single game; this will unlock Kenny Anderson, as well as the Bowling and Lava basketballs. When it comes to stealing the ball, it’s best to be as close as possible to the opposing player handling the ball. As for rebounding, the special achievement here is Glass Cleaner (ten rebounds in a game), which unlocks David Robinson and Scottie Pippen. One good way to grab a lot of rebounds is to deliberately miss your own shot so that someone on your team can rebound it. For both of these achievements, five-minute quarters are ideal, due to the difficulty involved in both of them.

Lastly, alley-oops and dunks can earn you some sweet rewards in NBA Jam. The High Flyer achievement is awarded if you score on ten alley-oops, and will get you Julius “Dr. J” Erving, the Happy Face basketball, and the Camera Hog privilege. You can execute an alley-oop by moving close to the basket and leaping by holding the green button (if your teammate has the ball), or by simply hitting the blue button to pass and going for the alley-oop if you’re the one handling the ball.

Dunking ten times in a game – the Throw it Down, Big Man achievement – is probably the easiest achievement to pull off, as dunks are by far the easiest shot in the game. You’ll unlock Rony Seikaly, and also unlock the Globe and Cobalt basketballs for completing this one.

We’re not yet done with the achievements and unlockable players, as we’ve also got multi-game and campaign achievements that are based on the division of the team you’re playing as. That means having to complete Classic Campaign mode six times, once for each division, with an entire campaign lasting 37 games. That’s a whole lot of playing time, but you can cut down on this by sticking to two-minute quarters. One thing you can try is to complete the Eastern Conference (Atlantic, Central, Southeast) divisions first, so you can get Unlimited Turbo privileges that will allow you to complete the Western Conference division campaigns.

There are two other achievements you can pull off in here apart from the ones mentioned above. If you go on a ten-game winning streak in Classic Campaign, you complete the You Must Be Butter achievement, which unlocks Dennis Rodman and James Worthy, and gives you Big Head Mode privileges. It’s a good idea to quit a game if you feel you’re going to lose it, and restart it – it won’t count as a loss anyway. And lastly, if you score a thousand points (meaning you, not your partner) in Classic Campaign, you’ve pulled off the Grand Scorer achievement, and that’s going to unlock Danny Manning and the NBA Jam basketball. 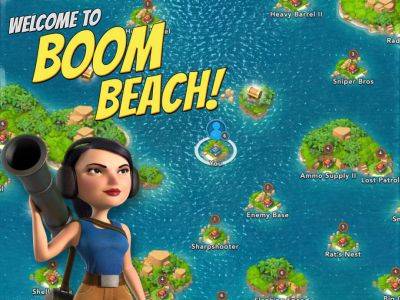 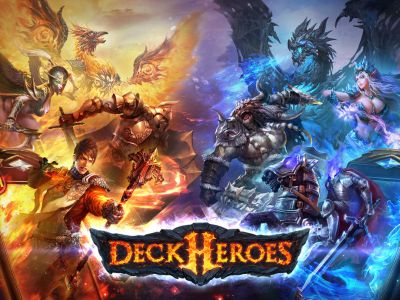