Not to be left out of the fun with a new MLB season having just started, Com2Us has just released a new game called MLB 9 Innings 17. It’s the latest entry in the popular 9 Innings series, and once again, it comes with all 30 Major League Baseball teams and their respective rosters – that’s over 800 real-life players rendered in 3D, with a “Live Player System” that allows for maximum accuracy, or so Come2Us says in the description. The game comes with a variety of modes, including exhibition games and League Mode, which allows you to play a full season. And unlike Glu’s MLB Tap Sports Baseball 2017, which only allows you to control the offense, you have the option to choose whether to bat only, pitch only, or do both.

As you can expect from an in-depth sports simulation with real-life teams, players, and ballparks, there are tons of things for you to learn in this game. But we don’t want this to be too hard for you if you’re a newcomer, and if you’re a more experienced player, you might need a tip or two to help you win more games. So read on and check out our MLB 9 Innings 17 strategy guide, where we talk about tips and tricks you can use to win more consistently and acquire more rare players to make your team much better.

1. Autoplay Is Not Your Best Friend

Like any good sports sim should, MLB 9 Innings 17 comes with an autoplay mode, in here known as Fast Progression. You can access this after you complete your first inning in exhibition mode, and through this tool, you can skip to the inning of your choice, allowing the AI to handle the lineups, rotations, and all other management aspects until the inning that you skipped to. But you should only use autoplay if you’re confident of winning, and already have a powerful lineup with your fair share of high-rarity players; the game’s AI can be very simplistic and go with the most obvious available strategy!

Autoplay would sometimes be a good idea in League mode, where you could turn it on from the start, or in the middle of an inning. This is highly-recommended if you’ve got at least a few silver rarity players or better on your team.

We would definitely recommend against using autoplay if your best player is of bronze rarity, and even more so if everyone is normal-level. Especially in the early goings, you want to micro-manage everything, as this offers two benefits – allowing you to “learn on the job” while having more control over strategy.

2. Change Up Your Pitches

As we mentioned in the game overview, you have the option to control both hitting and pitching, or each of these aspects alone. And when pitching, the first thing you have to remember is that you’ve got five options, one per pitch type. Your pitchers have varying stats depending on the pitch, and these show up in grade form, with “A” obviously being the highest. When choosing pitch types, it’s good to mix it up, but generally, you should be prioritizing those with a higher grade than others. Don’t use the same pitch type for two consecutive throws; it’s all about throwing off the batter and not being predictable. To this end, you should also use varying quadrants of the pitching box.

3. Batting Tips – Only Swing Once You See The Right Pitch

When it’s your turn on offense, the opposite will apply, as you will have to watch those pitches and make sure you’re only swinging at the right time. To help you with this, you’ll have an arm and ball indicator, but these are transparent – the ball will start fading into view as the pitcher hurls the ball at you. This will give you an idea of the ball’s trajectory, and give you an idea of when to swing and when not to swing. But as you may surmise, due to the best real-life pitchers being able to throw at 90 miles per hour or greater, you’ll have to think quickly while at-bat. Don’t swing if you see the arm extending at a peculiar angle; this will most likely be a foul ball. But if you see the arm and ball indicators at the center of the box, that’s when you should swing your bat.

4. How To Train Your Players

When it comes to training your players, there are also some strategies that you need to keep in mind. The first training regimen should ideally be normal training, which would only cost you points, or the game’s standard, common currency. That should at least help you level up your player to level 5. That’s where normal training would no longer be as effective, depending on your player’s rarity. But if you’ve got a ton of points on you, you can keep spending them on leveling up your player to make them better quickly.

Then again, you’ve also got star training, which would cost you premium currency. That type of training has a guaranteed 100 percent rate of success, and is the type of training you want to use if you’ve got some silver or gold rarity players.

5. Check In To The Game Every Day

We shall now be moving on to the topic of acquiring those rare players, and the first tip we have to offer you is to check in to the game every day. As a reward, you will get free basic, intermediate, and premium player packs, and you will also earn 50 stars – the game’s premium currency – every six days. You will also be gifted with a free Ultimate Player Pack if you’re able to check in, or log into the game once per day or more for the whole month. Who knows – you may find some gold, or even diamond rarity players in there!

If you’re trying to acquire higher-tier rarity players and upgrade them to further improve them, you would need stars. And if you want another way to earn more stars, you might want to add more friends to the game and try Friend Battle mode. It doesn’t matter if you don’t have any real-life friends who play the game or may be interested in it; you’re free to add random players from around the world, so you can take advantage of the bonuses and rewards Friend Battle has to offer you.

Friend Battle allows you to play what basically amount to exhibition games against your friends, but these aren’t necessarily no-stakes games where nothing is on the line. You can earn stars by winning Friend Battles, though you will also have to deal with a star limit – don’t misconstrue this as your chance to focus on one mode, and that one mode alone!

You’re going to start out with a cap of 20 stars, but as your lineup improves, that cap is going to increase. And if your team exceeds a specific amount of stars, your cap will increase. Think of a good lineup as a gift that keeps on giving, so join those Friend Battles, win them, get as many stars as possible per day, and make your team better with some rare players.

We could probably mention this as a bonus tip for the one above, but we might as well mention it separately, because it’s good enough as it is as a standalone tip. One more reason why you should play as many Friend Battles as possible is the fact that the game will allow you to gain Friend Points, or FP. For every 2,500 FP you have, you can go to the Special Shop and buy an Intermediate Pack. That guarantees you bronze rarity players at the very least, though you might get lucky and pull a gold rarity player from one of those packs!

You’ve also got daily missions in MLB 9 Innings 17 – that’s a total of three missions per day. These are your quests, simple tasks that can be done by playing the game normally, such as winning games in League mode, buying players through certain means, etc. In any case, you’ll always be getting the “20 Repeatable Missions” challenge, which would require you to complete 20 side missions. Don’t let the word “side mission” make you think that these are negligible missions – if you complete all of them, you will clear the All Objectives Cleared challenge, which gets you 30 stars as a reward.

The Player Pack Shop allows you to buy, well, Player Packs. These come in three varieties – All Players, All Batters, and All Pitchers. It’s the first pack that you want to buy if you can afford the 300 star price, as it comes with silver to diamond rarity players. This is a good suggestion if you aren’t chasing after a certain player in specific, and it’s also cheaper than All Batters and All Pitchers, which cost 500 stars each. As for the 10 purchase option, this will cost you 3,000 stars, but the good thing here is that you actually get an eleventh pack, free of charge.

10. You Can Combine Multiple Players To Get A Higher-Tier Player

You know how RPGs would allow you to get a higher-rarity hero by combining lower-rarity heroes on the same tier? MLB 9 Innings 17 has such a feature, and you can combine anywhere from three to five same-rarity players to get someone from the tier immediately above. Combining three to five bronze players, for instance, gets you a silver player. Now that’s where getting free player packs can come in handy, as you’ll usually end up with scrubs, whom you can combine to get that higher-rarity player. But when combining already-rare players to get someone of an even higher rarity, the Star Combine feature will kick in – quite obviously, that’s going to cost you some stars!

The Auction mode allows you to bid for players, and that’s going to cost you a whopping one thousand stars to make a minimum bid. This is ideal if you’re trying to get a certain player in specific, but bidding can get really intense – you may end up bidding against those paying players who may very well have a ton of stars to burn! But if you lose your bid, you can take solace in the fact that you’ll get 95 percent of your stars back, with the remaining 5 percent serving as your commission fee.

12. Sign Free Agents For A Chance At Diamond Rarity Players

Lastly, we would suggest using the Free Agent section to sign high-rarity players, especially diamond players. Sounds easy and straightforward, right? You would actually be wrong. For starters, you’ll be charged 300 stars to increase the free agent gauge, and once it fills up, the player will be signed to your team. But the risk herein is that the gauge will randomly fill up, and you won’t have any control over the rarity level of the players that 300 stars will get you. That means you may end up overspending for a relative scrub, just as much as you may end up with a huge bargain. This is only recommendable if you want a specific player, but not if you’re aiming for a specific rarity.

That’s all you need to know to succeed in MLB 9 Innings 2017! In case you know additional tips or tricks for the game, feel free to leave us a message in the comment area! 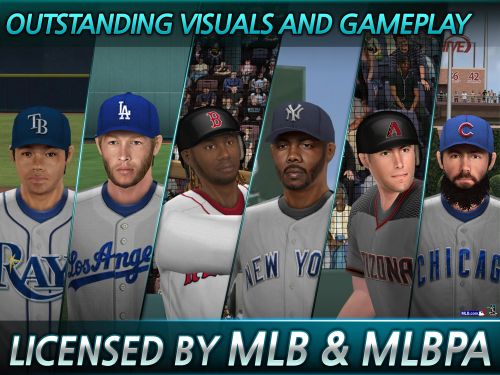 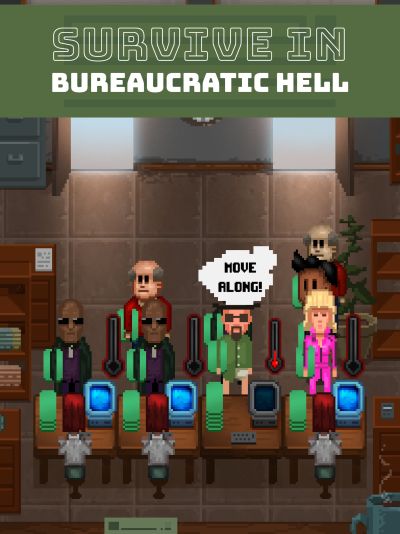 How do I bring in a relief pitcher during the game? I can't figure this out :-/

how can I pick off a baserunner

I’d imagine it’s pick off king lv. 6 on your pitcher, and spd. 1 on the base runner.

MLB9INNINGS17 isn't allowing me to do the latest upgrade. What am I doing wrong? Any suggestions?