News about Marvel Super War has been circulating in recent weeks. Now, the most anticipated mobile MOBA of the year has finally arrived. The game is now available in Thailand, Indonesia, the Philippines, Singapore, Malaysia, and India for both Android and iOS devices. 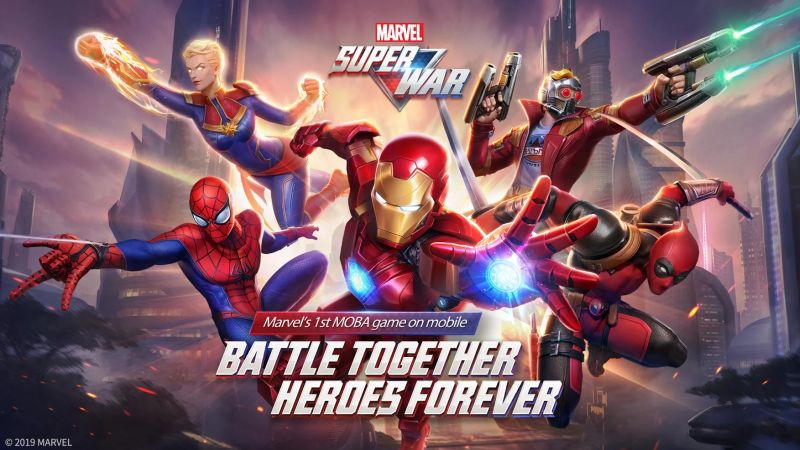 Marvel Super War is the first Marvel-themed MOBA game. Players can choose their favorite Marvel superheroes and villains to fight in 5v5 battles. Just like in popular MOBA games, there are three lanes that spawn minions at regular intervals. There are also defensive towers that may be taken down in order to advance in the lane. The goal is to eventually destroy the enemy base.

The game has run two beta tests in the aforementioned countries and is finally ready for release. Aside from the initial roster that included Thor, Hawkeye, Scarlet Witch, Black Widow and The Hulk, Marvel Super War has added two new characters in celebration of the launch. Captain America and Spider-Man can now be unlocked and used in the various game modes.

Marvel Super War is free to play with in-app purchases. Players in the countries mentioned above may download the game from the App Store or Google Play.