What could be more epic than the gathering of over a hundred super heroes and villains? Marvel Battle Lines is an action-packed card battler created by Nexon for Android and iOS devices. This game is every comic book fan’s dream. Players can assemble their own dream team of superpowered beings. You can choose from a large pool of Marvel characters in order to create the ultimate deck. The game’s story revolves around the Cosmic Cube. The cube has been shattered, causing trouble for heroes and villains alike.

The super beings must now put their differences aside in order to put things back in order. Recruit your favorite characters from the Marvel universe, including Spiderman, Captain America, Venom, Black Panther, and even the powerful Thanos. You may have the most powerful beings in the universe, but that will not be enough to win. Check out our Marvel Battle Lines beginner’s guide for tips, cheats and strategies in order to save the world!

There are different types of cards available in Marvel Battle Lines and knowing the strengths of each one will help you develop a winning strategy. While there are a lot of Character cards in the game, not all of them are played the same way. For example, there are cards that cost Resources to play. You will not be able to use them until you accumulate the required number of Resources. Some cards, on the other hand, don’t have any cost. You can either play them as they are or use them to gain Resources. Even though cards that require Resources are generally stronger, make sure you still throw in a good number of no-cost cards in your deck. Otherwise, you will end up with nothing to put in your frontlines while waiting for Resources. 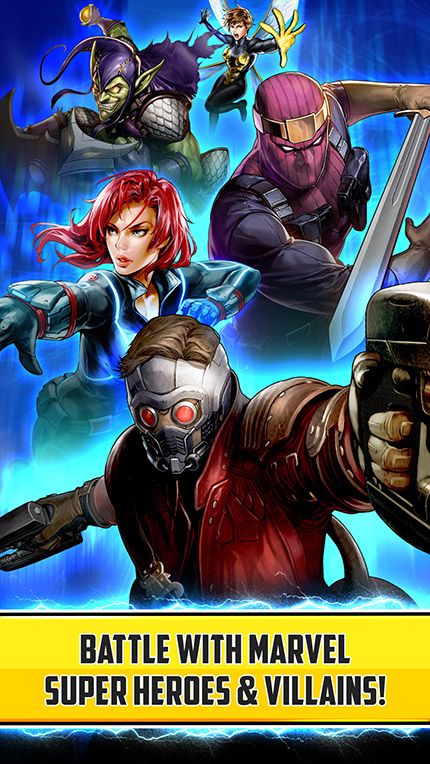 Another type of card in the game are those that have effects. Each of these cards have different requirements for activation, so make sure you check before playing them. For example, Hawkeye’s effect is activated when he is taken out. If you use his Lose an Arrow effect, you will be able to destroy an enemy card on the field.

The final type of card is the Action card. As the name suggests, the card is associated with a certain action. There are no requirements for playing Action cards and you can play as many of them as you have on your hand. Of course, that does not mean you should stuff your deck with a lot of Action cards. You still need character cards to fight.

While it may be tempting to jump right into PVP matches, you still need to build a decent deck first. Story mode is the right place to do this unless you want to get trounced. Play through the entire Chapter 1 of the campaign in order to gain enough experience and some much-needed gold. You should also be able to pick up a few useful cards along the way. Once you have customized your deck to your satisfaction, that is the time to venture into PVP territory. 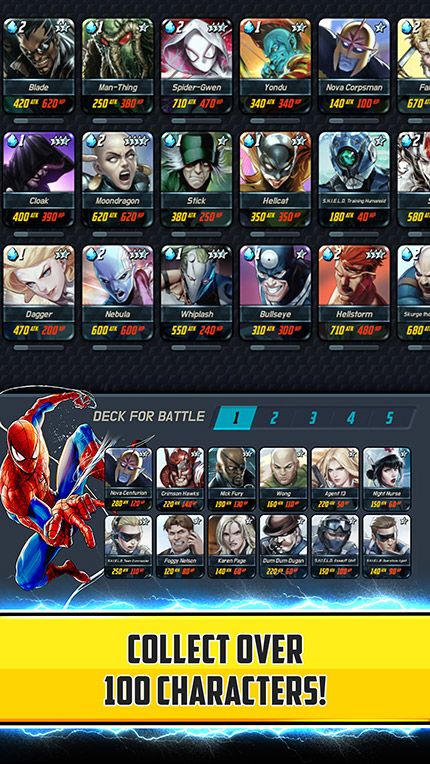 Marvel Battle Lines has a useful feature called Switching which allows players to get rid of unwanted cards from their hand. You just need to drag a card you don’t want towards the bottom of the screen until it turns over. After that, you will be able to draw a new card. The game allows you to redraw your entire hand every turn, so if you don’t like any of the cards you initially received, you are free to replace them all. One thing you should remember, though, is that Switching will reveal to the enemy the cards that you have drawn. You could end up losing the element of surprise if you Switch too often.

Upon reaching level 3, you will be able to accept and complete missions. This is the best way for you to earn more experience and level up your character. The daily missions involve different routine tasks that you should be doing anyway in order to improve. These tasks include playing the different game modes. The higher your level, the better rewards you will get. This means there will never be a time when you won’t need to complete your dailies. 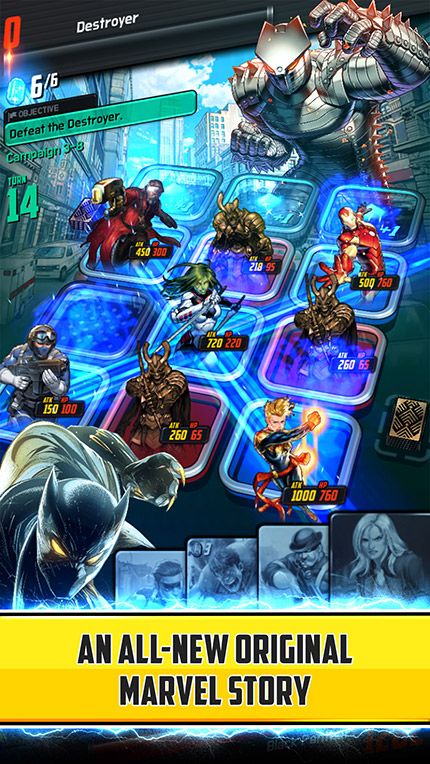 When faced against an opponent who is on the offensive, you should learn to accept that avoiding all damage is nearly impossible. It is alright for you to take some damage from time to time for so long as you get something in return. You should be able to return the damage or at least use your turn to collect resources. Taking a hit allows you to buy time and prepare for a bigger attack. Just make sure you don’t take too much damage, or the game will be over before you can retaliate.

6. Always Have A Backup Plan

Even if you have a good combination of cards on your hand, you should always assume that your opponent will block your play somehow. Always prepare a backup plan for creating a battle line. This will help you stay one step ahead of your opponent instead of just reacting to how they will play. If one plan fails, you will always have an alternate strategy that will keep your opponent guessing as to what your plan really is. 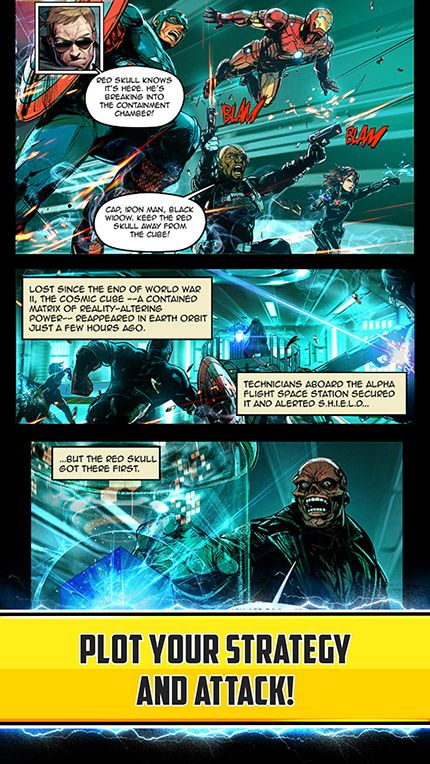 Even though your deck can only hold a limited number of cards, you should still continuously recruit more heroes and villains. Players can have multiple decks, making it easy to create a deck for different scenarios and strategies. If you have a lot of cards, you will be able to prepare for a multitude of situations. There are several ways for you to get more character cards and we have listed them down below.

Campaign Mode – As we mentioned earlier, playing through the Story mode will allow you to create your first customized deck. There is always a chance for a card to drop in Story mode, so you just need to figure out which opponent drops the right card. Hit the Possible Rewards section to find out which cards may drop from particular stages.

Event Stages – As with most online games, this game provides seasonal events for players to participate in. Those who do well during the events will be able to win various goodies, including character cards, so try to join as much as you can.

PvP Arena – Every time you win a match in the Arena, you will win a card. That means you can get a lot of cards if you fight in the Arena often. The first-tier opponents are very easy to defeat, and you will be rewarded with a promotion reward that includes gold, experience, and cards once you clear it. Keep in mind, however, that the second tier and above will match you up against stronger players, so you can’t always expect that you will win.

In-Game Purchase – Since you e11arn a bunch of gold from playing, you may as well use it for getting better cards. The good news is, you will be able to choose which cards you get. Drop by the shop every day and scroll all the way down until you see the Daily Offer section. You will be able to purchase specific cards at discounted rates, making it easier to build your team.

Claim Freebies – The game is generous with freebies. You get free card packs and gold on a daily basis. Simply log into the game to claim your free gold. For the card packs, head into the shop and look for the Card Pack section. You get multiple free pack per day, but there is a 60-minute cooldown. While free packs usually contain common and uncommon cards, it is still worth picking up in order to maximize your resource gain.

Special Ops – These are special missions where you need to complete specified objectives. For example, you may be required to win a game within a set number of turns. These missions have a list of possible rewards. The more objectives you complete, the higher your chances will be for receiving all of the rewards. What is more important here, though, is that you accumulate ops points. You can spend these ops points to buy specific cards.

Trial Simulation – Just as with the Special Ops missions, the simulations allow you to earn special points. These points can be spent to buy better cards. The cheapest card you can purchase is worth 200 points, with the rarest cards costing you as much as 3750 points.

Check Mail – The game provides various rewards for active players. This includes Weekly, Monthly, and Pre-Registration rewards. All these go to your mailbox. Make sure you check your mail often in case you qualified for a certain reward.

Marvel Battle Lines allows players to create and save up to give different decks. Use these five slots to prepare decks for different scenarios. For example, you should have at least one deck for Story mode and another one for PVP. Since you will be facing off against different strategies in PVP, you may want to develop a deck to counter specific builds. Experiment with the combinations of cards that you have and see which ones work for your play style. 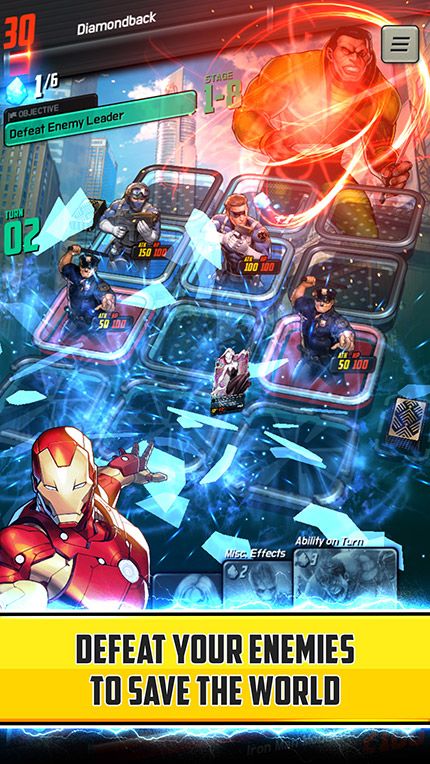 A good way to get ahead in any match is to keep your opponent’s hands full. Always have a few no-cost cards ready so you will always have heroes on the grid. If your opponent is too busy swatting away at the heroes on the battle field, they won’t have time to think about attacking you. Ultron is a good card to have around for this tactic since he regularly generates bots whenever he is attacked. Doctor Strange is also a good distraction for your opponent because of his high attack power, good HP, and shield.

10. Build Up Your Defense

Try to play your cards in the same area as much as you can. This will help ensure that you will have backup units in case one is destroyed. Doing so will also keep your cards from taking up space that you may need for other things. Make sure you don’t focus too much on collecting Resources. If you find yourself taking up too much time on gathering Resources, you may need to review the composition of your deck in terms of card costs.

The fate of the universe is in your hands! Don’t forget any of the things listed in our Marvel Battle Lines beginner’s guide to ensure your success! Also, if you have something to add, please let us know below in the comment area! 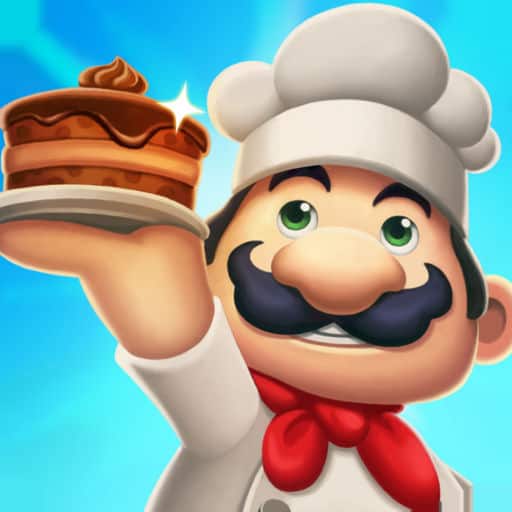