Kemco has made a name for itself by keeping the classic JRPG genre alive through numerous titles that deliver both story and gameplay. The latest Kemco JRPG, Frane: Dragons’ Odyssey, looks to be just as promising as its predecessors. There are dungeons to clear, equipment to craft, recipes to cook, and a whole lot more. Pre-registration for Fran: Dragon’s Odyssey has just begun, and players who sign up will receive a notification once the game is live. 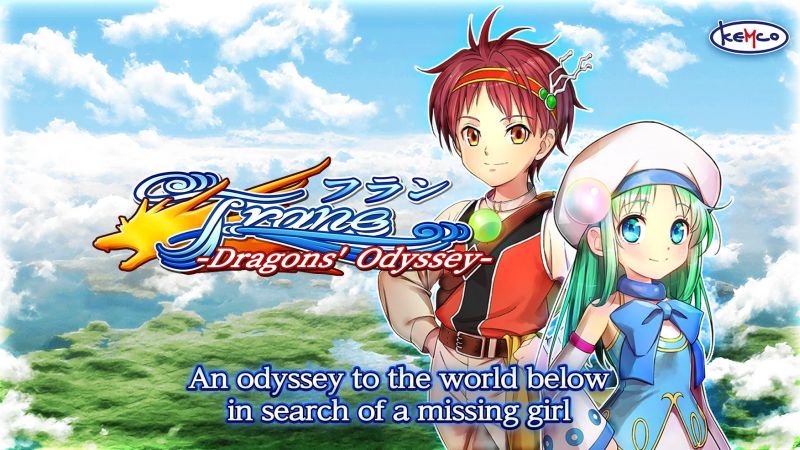 Frane: Dragons’ Odyssey follows the story of Kunah, a boy from the fire dragon tribe. He is given the divine mission of leaving his home and saving a girl named Escude of the angel clan. His close friend from the ice dragon tribe, a girl named Riel, accompanies him on his journey. Together, they must travel all over the world in order to carry out the mission given by the god Vanneth.

The game features several JRPG staples that fans will surely love. Kemco is known for their flawless execution of the genre’s classic traits. There are a few twists to Frane: Dragons’ Odyssey, though. The game borrows its combat system from the action genre, giving players a more dynamic battle experience.

Frane: Dragons’ Odyssey will be available for download from the Google Play Store for Android, and from Steam for PC. Kemco has not announced an official release date as of this writing, but players can pre-register now in order to get first dibs on the game as soon as it is launched.