Iron Saga is an exciting gacha RPG developed by Gameduchy, that’s available for iOS and Android platforms. In this game, your goal is to collect all the different pilots and mechas and combine them to create the most powerful team possible. There are over 500 pilots and mechas available in the game, which makes the possible combinations almost endless. You can mix and match mechas and pilots however you want, and you can also upgrade your mechas with parts. The game claims you can make over 100 000 combinations of pilots and mechs.

In this Iron Saga beginner’s guide you will learn how to get the most out of your pilots and mechas, and how to progress smoothly without wasting your resources early in the game. So without further ado let’s move on to our collection of Iron Saga tips, cheats and strategies and discover how you can crush your enemies with ease!

1. How To Recruit More Pilots

What is a gacha game without epic characters to recruit? You will get most of your new pilots from the Café. 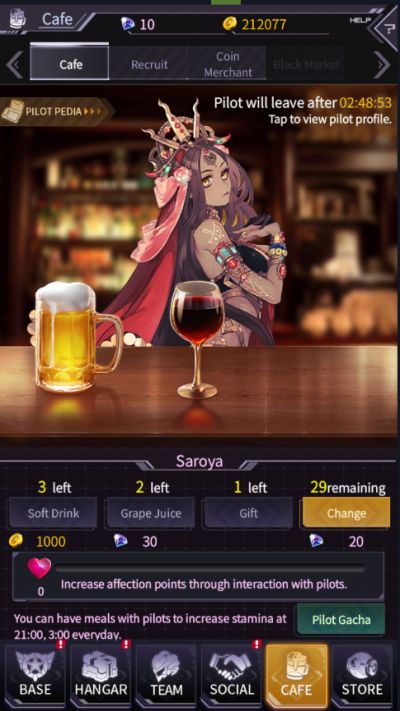 This screen and method of recruiting might seem a little confusing at first, so let me explain how it works. Each character starts at 0 affection, and you can recruit them once their affection level reaches 60 you will be able to recruit them to your team.

Customer changes every three hours, and you can change one for free everyday whenever you please, while changing any following customer will cost you 20 gems. You can tap on the customer to see them more in detail, and read up about their story as well as their stats, skills, and character. 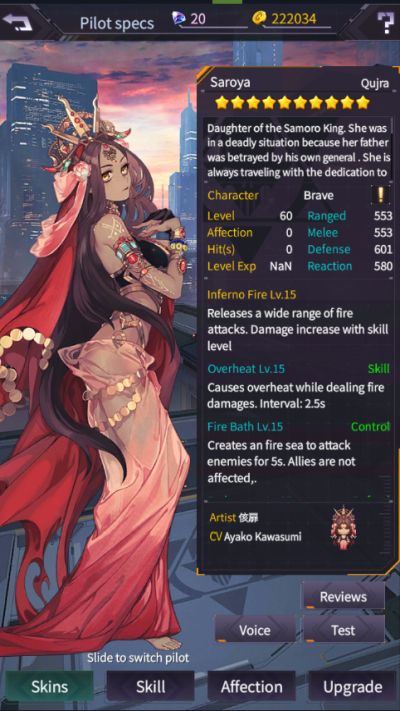 Every character has four abilities, one being the active skill you can use in battle, while the other three are all passive skills. You unlock them progressively by leveling up the pilot, which is done by earning experience in battle. You earn skill points every five levels, plus an extra skill point for every “Hit” (kill) your pilot gets in combat. You can spend skill points to upgrade your pilot’s abilities, and skills max out at level 15, which means you only have enough skill points to max out three skills.

You can increase affinity past 60. In fact, you can increase it past 100. For every 100 affinity after 100, you can rank up your pilots, and you will be able to marry some of them when they reach rank 3 (which means you need to have 300 affinity with them).

2. How To Progress Through The Maps And Fight

When you select a chapter, you will be presented with a screen on which you see your character and various platforms. You can move from a platform to the next one freely, and you don’t really know what’s going to be on the next platform. There might be simply a new character you can interact with and recruit, or you could find an item chest, a type of chest you can open for free immediately and that bears common rewards. Or you could find a star chest, a type of chest that bears great rewards, but in order to open it, you will have to completely clear the chapter, including clearing all the multi-difficulty levels from Easy to Hard. 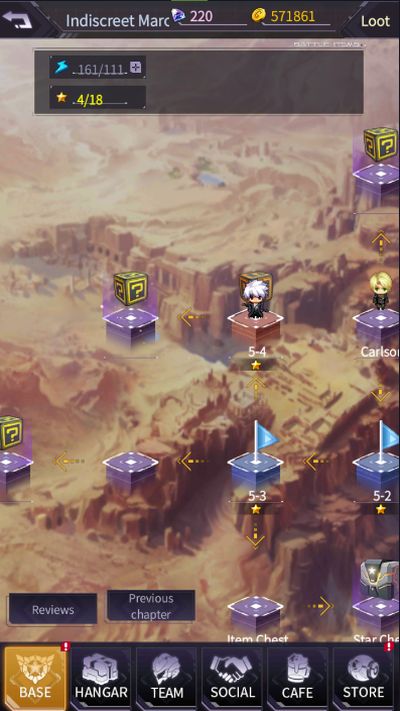 Sometimes you might also find Transport Ships, extra levels that you can loot after a fight. Fighting is what you are going to do for the entire game. Clearing content requires constant fighting, and you can greatly influence the fights with the way you play.

Your pilots fight with their respective mechs, and most of the fight will be played automatically, but you can do a couple things to improve your chances of succeeding, especially against more powerful enemies. 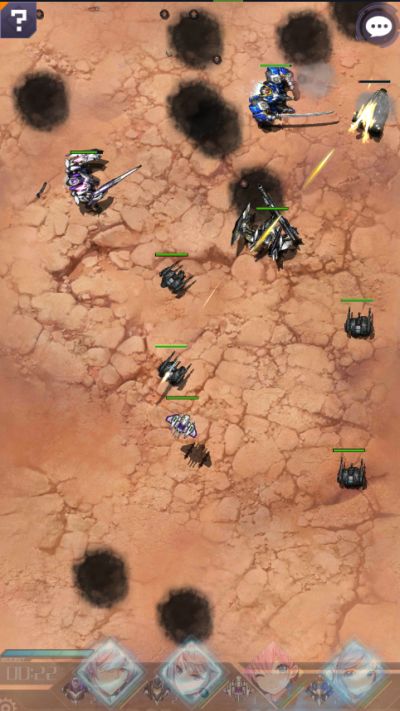 You can move your mechas around by tapping on them and dragging them where you want them to move. This is very useful with fast melee mechas when you want them to focus on a specific enemy. You can also tap on an enemy on the screen and your mechs will focus their fire on it. Great to pick off weakened units and ensure you don’t spread yourself too thin with your damage.

On the bottom side of the screen you see the icons of your pilots, and what mech they are driving. When their icon glows, it means they are ready to use their active skill. Each pilot has their own unique skill, so make sure to use the right skill at the right time. You can’t just spam them indefinitely, once you use a skill you will have to wait some time before using the next one, even on a completely different character. 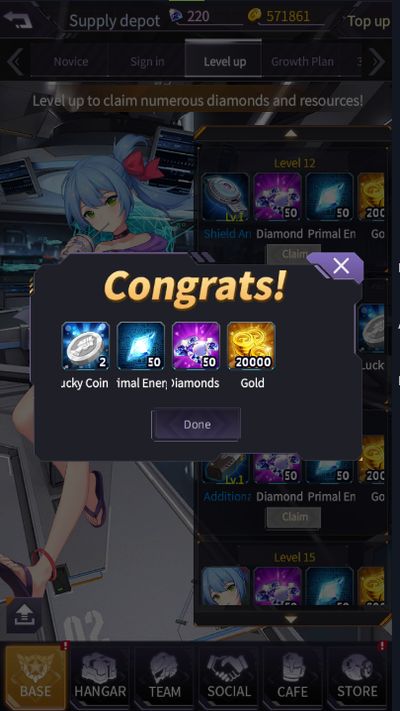 At the end of each won fight, you will see a recap of the rewards you got by winning it. You see how much experience each of your pilots got (only pilots who survive until the end of the fight earn experience), and also how many “Hits” they got. Hits in this game refers to the kills they have got, which is an important stat, as for every 200 Hits you get you gain a skill point to spend on one of your pilots’ skills to improve it.

Mechs have a stars-rating, and you want to upgrade this as much as possible to increase its overall stats. To upgrade your mechas, you need a resource called “Primal Energy”, Gold, and Alloys. You don’t need duplicates of mechas to upgrade past the 5-star rating mechs of rank A or below, alloy is all you need for these.

Primal energy is obtained by playing the game, most content in the game will reward you with primal energy upon completion.

When you decide to upgrade a mech, you will have to pick an upgrade plan. Let’s see them a bit more in depth: 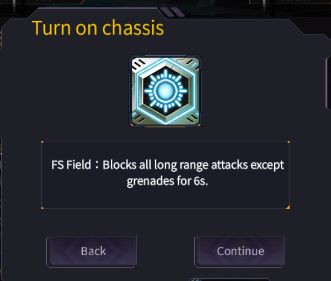 Generally you want to upgrade your weapon first on offensive melee or ranged tanks, whereas you want to upgrade your armor first on your support tanks. Ability should always be upgraded last.
When you reach commander level 12 you unlock the ability to Develop your mechs. Developing mechs makes your weaker mechs much stronger, but it takes between 12 and 18 hours to do so. Generally there are some mechs you want to develop later on when you can afford to do so, so keep around your mechs that you feel you want to make stronger later in the game, as you might be able to develop them and make them able to keep supporting you in the game.

4. How To Get Better Equipment And How To Train Your Pilots

There are four different class of parts you can add to your mechs: C (grey), B (green), A (blue), S (purple). The higher the level, the better the parts are. Getting equipment is pretty hard, and takes a lot of grinding. There are two ways of getting equipment:

– You can get equipment from the accessory chests from the Arena shop.
– You can drop equipment by playing the game and completing story content. 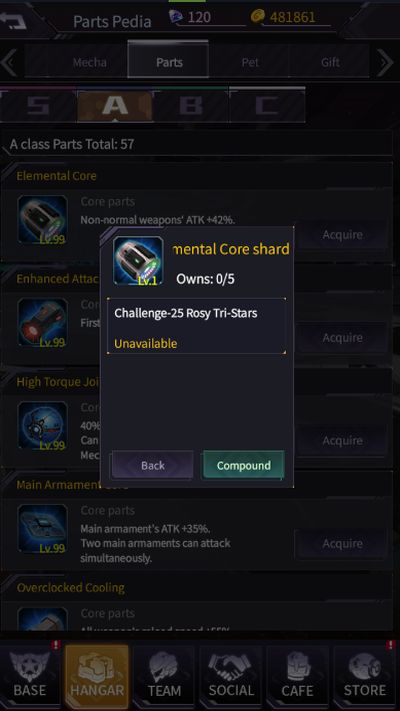 To get blue and purple items, you can click on “Acquire” in the “Pedia” section in the Hangar, and you will see how to get that particular piece of equipment. For example, to get the blue Elemental Core, you will need to beat the Challenge-25 Rosy Tri-Stars. You will get shards by clearing these challenges, and if you have enough shards you can make the relative part. Naturally, the purple pieces are super rare to get, and you will need a lot of time and grinding to get them.

5. Collect All The Supplies

The game is very generous towards beginners. Make sure to collect all of the rewards the game throws at you simply by playing and clearing the content. There are rewards for logging in for the first 30 days, rewards for logging in for 7 consecutive days (these rewards start back from 0 if you miss a day, and they also repeat themselves), rewards for levelling up, 1 for each level up to level 30, then 1 every 2 levels up to level 40, then at level 43, 45, 48, 50, 55, and the last level-up reward is at level 60.

6. All The Shops In The Game And What They Sell

There are many shops in the game, and each one of them sells a specific type of items, and accepts a different type of currency.

The first shop isn’t a shop per se, and is the “Recruit” screen in which you can try and roll to summon extra pilots, but you can’t only get pilots from this, as you might also get part shards. This is generally a bad way of spending your gems, as it’s better to just roll through the different customer in the Café and raise their affection level to get them to join you.

You can also spend your gold at the coin merchant. The shop refreshes every day, and you will find different things in it. For example you can purchase primal energy cores, parts, or shards of purple parts. You can even buy some mechs every now and then, which is pretty nice if you are looking for scraps or duplicates.

Units (Mechs, Planes, Tanks, and Other Vehicles) which you do not need can be disassembled for material that can be used on a Black Market to buy parts or even full mechs (including powerful end-game units). Each unit can be scrapped for half the cost to obtain a similar unit on the Black Market, i.e. disassembling 2 x SS = 1 SS of choice on the Black Market. You can also scrap lower rarity units to get some more alloy. The Black Market refreshes every two hours, and you will most likely be able to get a lot of value out of your extras from it with some patience.

There is a shop in which you can exchange your Battle Simulation Coins, which are earned by playing and clearing the levels in the Battle Simulation. You can access this shop by visiting the Store and selecting the Tokens shop. In this shop you can buy a lot of rare things, such as rare mechs (even of SSS quality), Pets for your mechas, and miscellaneous consumables such as XP Capsule and Rare Candy (a powerful item that raises the affection of the pilot by 100).

This wraps up our beginner’s guide for Iron Saga. The game has a lot of content and a lot of depth in its mechanics. It will keep you busy for a long time before you are able to clear all of the content, and collect and train all of the pilots, as well as raising your rare mecha’s levels. If you have discovered additional tips or strategies that you would like to share with other players, please do so in the comments below!