Iron Blade: Medieval Legends is a new medieval RPG from mobile gaming giant Gameloft. Talking about specific sub-genres of role playing games, this is an action RPG, which takes place as the Demon Lord Baal goes about his second try at ruling the world. And that’s where the fun begins, as the Templars don’t just need a hero – they need millions of them. You can join players from all over the world in your common quest to save humanity from evil in this Middle Ages-themed game, fighting through various European landscapes and defeating all sorts of enemies of different kinds.

You can also develop your own fighting style, unleash different special attacks and finishing moves, master powers, and of course, compete against real players and penetrate their defenses, raiding their resources while protecting yours. This is a game with something for everybody, and we know it could be a rather daunting task.

Of course, it doesn’t have to be such a challenge when playing games of this kind. You want to defeat the evil forces and defeat more enemies, AI and human-controlled alike. To this end, we’ve compiled a list of tips and tricks in our Iron Blade: Medieval Legends strategy guide, so check this out if any part of the game is giving you trouble.

When it comes to action RPGs such as Iron Blade: Medieval Legends, it’s important that you try and destroy as many foes as possible – kill or be killed, as the old adage goes. But it’s the “or be killed” part of that expression that you should be most concerned about, in our opinion. Going out there and employing an all-out offensive strategy will only leave you vulnerable to enemy attacks. So with that in mind, make sure you’re trying to block every attack that comes your way, ideally counter-attacking them and turning defense into offense. 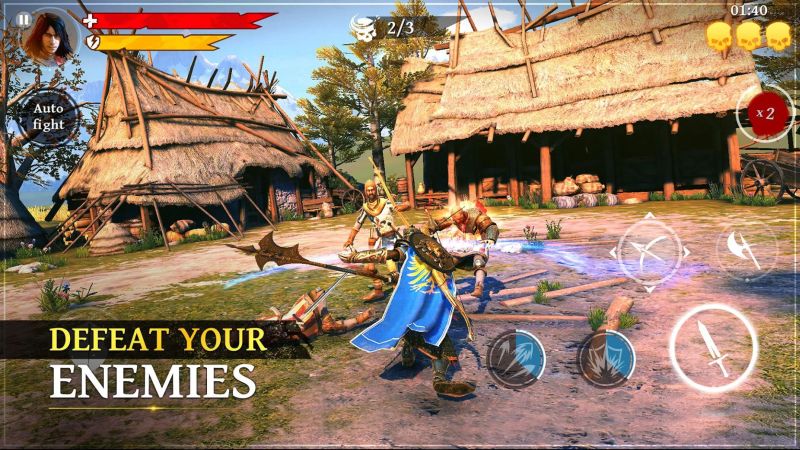 Take note that parried attacks may still do some damage on you, and are ideally a good way to help you stall for time and let your hero pull off a counter-attack. But a little damage is better than a lot of it, and defense, as it does in many a real-life game in the world of sports, wins battles.

2. Make Sure The Parry Is Perfect

We like to say “the best offense is a good defense” a lot, not only because we believe in it, but because many game developers bake that into the fighting mechanics of their titles. (Not just RPGs, might we add!) As such, we’d be remiss in our duties if we didn’t tell you a thing or two about how to defend properly in Iron Blade: Medieval Legends.

First of all, you will notice lightning bolts appearing over enemies’ heads. If you block at the time the lightning appears, that’s as good as a normal block – it’s pretty solid and it will allow your shield to block the damage, but it’ll leave you a little winded due to a stamina loss. But if you wait it out a little bit and parry just as the enemy is able to attack in hopes of striking, you’ll see the lightning bolts first turn yellow. Block at this moment and that counts as a Perfect Parry. You won’t get any stamina penalties, and best of all, that’s when Damien – the hero you control – will move in automatically for a high-damage attack. That’s exactly what we were talking about when we mentioned counter-attacking in the first tip.

That high-damage attack is known as a riposte, and it works well against armored knights, including, but not limited to Hugo the Crusher, the first boss you’ll be facing in the game. Ripostes will always be good for a lot of damage, as it won’t be often that you’ll get to unleash an offhand strike. Basically, you don’t need to worry about planning the counter-attack, just as long as you focus on making a perfect parry. You might not get it right away, but with a little practice, you’ll have a go-to defensive move that could facilitate some smart and effective offense.

3. Use Your Special Moves In Battle

With all that said, you shouldn’t ignore certain aspects of your offense either. By that, we mean your special moves, which we would recommend using to help you three-star any given level. Take note that they may take some time to charge up, and that you cannot really choose which one you want to use – they cycle around instead, meaning you’ve got to use whatever is on tap, instead of your personal favorite. 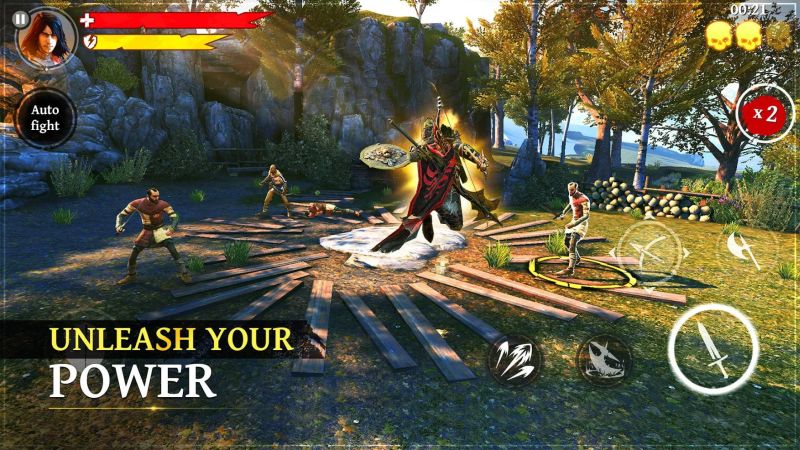 Then again, it might not really matter, as all these special moves can do a lot of damage and, as we mentioned, be of great help as you aim for a perfect three stars.

Like many other RPGs do, Iron Blade: Medieval Legends has an elemental system at work, and you might not notice this right away as the game doesn’t go into detail about it. But you will notice the colored symbols on each piece of equipment – blue wings represent Divine, red skulls represent Demonic, and yellow laurels represent Heroic. It’s all about rock-paper-scissors here with exactly three elements – Divine beats Demonic, Demonic beats Heroic, Heroic beats Divine, and it’s all as simple as that.

While at the difficulty select part of the campaign menu, look at the symbol at the bottom left corner of your screen to determine the type of enemy you’ll be up against. Once you’re at level select, you can then move into the Change Gear menu, tap on Optimize Gear, and let the game automatically decide on the best items to use, depending on the enemy’s element.

5. Maintaining And Improving Your Equipment

Choosing the right equipment is one thing, but over time, you need to make sure it’s as sharp, sturdy, and effective as possible. Whenever you’ve got the chance to do it, upgrade your equipment, and if you’ve got older items you no longer need, you can use them to buff up your newer, stronger items. And if you’re trying to get some new and formidable items in the game, grinding is oftentimes the key to getting just what you want or need.

Check the levels to see which rewards you can possibly receive, and if you see a weapon, armor, or any other item that you fancy or require, keep replaying that level until you get it, or until you get all the possible rewards.

6. Familiarize Yourself With Each Item’s Skills

Each of the pieces of equipment in the game have active or passive skills associated, and could give you additional abilities in the battlefield. Active skills are the ones that are more tangible, offering extra effects or giving you more oomph in battle to increase your chances of three-starring levels and killing more enemies faster. 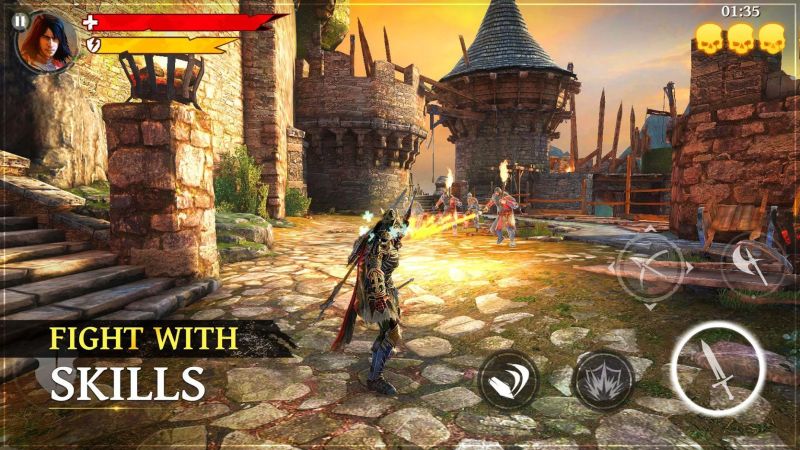 Passive skills, on the other hand, offer buffs to your health and other stats, and are arguably more important than the active skills. Always check the type of skills each of your item has before entering a battle, so you know what to expect and how to fine-tune your strategy.

7. What Is The Best Skill To Have?

This is a question that may have a variety of different answers, but we tend to agree with the Shield Breaker being the best active skill. This is a strike that, as the name suggests, is powerful enough to get through an enemy shield or armor, making it great to use if you’re up against those pesky armored knights.

8. How To Unlock Regular And Premium Chests

For starters, the game allows you to open a regular, common chest every five hours, free of charge. Be sure you’ve got your in-game notifications turned on, because as long as you’re awake and occasionally logging into the game, you can open those chests and get keys, items, and/or rubies, which are the premium currency of Iron Blade: Medieval Legends.

You’re probably wondering what benefit PvP has in this game, apart from the fact that raiding real, human-controlled enemies is more fun than beating on the AI and figuring out their moves easily. One benefit is greatly improving your chances of unlocking premium chests. This is the second-rarest chest in the game, and completing more raids is the best way to unlock more of these chests due to the tokens you can win (for spending on chest keys), while also increasing your XP in the process.

As a bonus tip, at least while we’re on the topic of PvP, it pays to have stronger characters guarding your base while you’re away, to collect whatever money your castle ends up earning, and to use that money to upgrade your castle and make it even stronger. 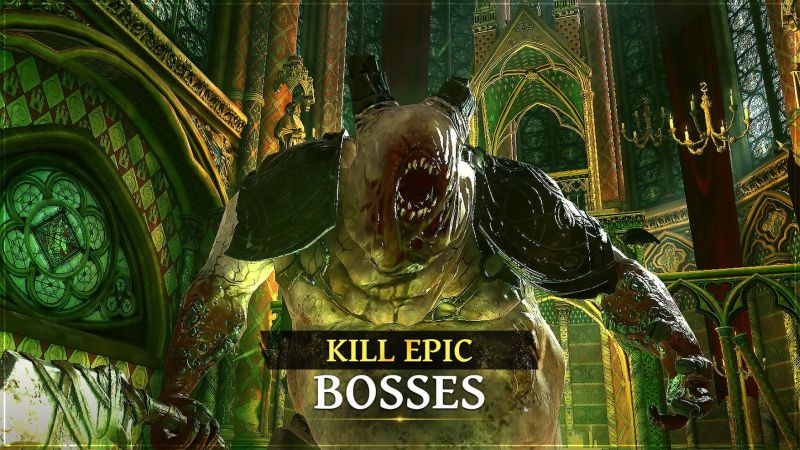 Aside from taking part in PvP mode to win more tokens, you can spend money to buy keys to unlock the rarer, more sought-after chests. But more often than not, you wouldn’t want to do that. So if you’re looking to keep playing for free but want to unlock more chests sooner rather than later, we suggest taking advantage of those daily rewards, which may include keys.

Need stronger items to make sure you’re always on top of the AI and human competition? Join those special events. Depending on the event that’s currently ongoing, you can win a myriad of different items, each of which could serve a different use as you keep on playing the game.

We had to save this tip for the very last, but Legendary Chests are, quite obviously, the rarest and most bountiful chests in Iron Blade: Medieval Legends. So how do you open them anyway? You’ll need 50 golden keys for that, and it would seem that the best, and only known way to do this, is to log in 30 straight days. That means you can get one Legendary Chest per month, assuming you spend at least a few seconds a day logged into Iron Blade, even if it’s just to add to your daily login streak.

And this ends our detailed guide for Iron Blade: Medieval Legends. In case you need more hints, be sure to read our previous strategy guide for the game. If you, as a fellow player, who know additional tips or tricks, don’t hesitate to drop us a line in the comment section!

I am stuck on fortress mode for more than 4 days now. It's kinda getting boring now. How do i fix this?

Hello i tryed to search for a break down for alliance chest, i would basically like to know how much pvp is required per tier from 1 to 10 please thanks

What is the best way to spend rubies?

A more efficient way to get legendary keys is to farm Abbadon Lvl 4 brutal. Also on another note, Id say the best way to get skill upgrades is refreshing the consumable options until one pops up and farming the Fortress.