The 2017 NBA Finals have just kicked off as we speak, and the Golden State Warriors are leading it, 1-0 as of this writing. That might be the catalyst for you to head to the App Store or Play Store to look for a good, realistic NBA-based game to play, but if you’re looking for something more on the casual, no-bells-and-whistles side of things, you might as well give Bouncy Hoops a spin. Casual game maker Noodlecake has stripped basketball of anything that may make it too complicated for certain gamers, and come up with something that focuses on the fun aspect – posterizing opponents with slam dunks, making breathtaking trick passes, and beating the other guy on the schoolyard in a game of one-on-one. There’s really nothing to stress over as far as team or player management is concerned, and the only thing for you to unlock here is balls. How many of them can you collect once everything is said and done?

Now that we’re done giving you a quick overview of the game, we’re here to answer your questions – how can you win more games, and how can you unlock more balls? We’ve got the answers and we’ve got everything you may possibly need to succeed, so read on for some Bouncy Hoops tips and tricks below.

1. Get Used To The Tapping Mechanic

When playing Bouncy Hoops for the first time, the very first thing you should do is to learn how to control the ball. Tap faster on the screen if you’re trying to add some speed to the ball and give yourself some additional height. Tap slower if you’re prioritizing ball control and making sure the ball makes its way to the net. Your mileage may vary, but a lot of gamers have experienced success tapping slower, as it allows them to aim their shot properly, and only tapping faster if the shot misses and goes above the backboard and to the opposite side; that tends to help you move closer to the board like you should be.

2. String Those Combos Together

In the real world of playground basketball, you don’t get a progressively higher number of points to your name (or your team’s name) if you are able to string consecutive buckets together. But if you cleanly make a shot, or even if it bounces in off the board, you can try to do it again, and again, and as many times consecutively as you can, as you string together a combo. When coming up with a combo string, it’s usually easier to let the ball bounce off the board and dip into the net, as that would usually allow you more control. It’s harder to score with nothing but net, but if you’re more used to those accurate, flawless shots, you can use that as the basis of your string.

We cannot stress it enough – success in this game will largely be based on the length of the combos you string together. You want that combo meter to go as high as possible so you can quickly add to your point total. Each consecutive shot will earn you an extra point, and if you’re able to score five special shots in a row, your ball will symbolically catch fire, and each basket you score will earn you five points. So keep that string going and you’ll be on your way to record point totals. (Personal record totals, at least!)

3. What’s The Deal With The Two Game Modes?

Bouncy Hoops keeps it simple by offering only two game modes. Arcade Mode is the default mode, and it’s classic endless gameplay where you can keep on racking up points to beat your old high score and/or collect more balls. Timed Mode, on the other hand, gives you 60 seconds to score as many points as possible. You can add to your timer by one second by scoring a special shot, meaning a shot that goes in cleanly or off the board. Both modes are equally fun, so it’s all up to you – still, if you’re the type who prefers Timed Mode, you should practice your special shots so you could get more time to score as many points as possible.

4. All The Balls Play The Same Way

You’re probably expecting this if you’re a longtime player of games from companies such as Ketchapp and Bouncy Hoops’ own developer, Noodlecake. But just in case you’re still wondering, it doesn’t matter what ball you use in the game. They all bounce, shoot, and play the same way, and the only difference is their appearance. Sure, it’s fun to unlock all the 20-some balls available, and that should be one of your primary objectives. But don’t expect them to increase your odds of scoring or stringing together combos, for instance. They may be useful, however, if you’re bored with the look of the ball you’re currently using – a change of scenery can often help! Still, the old standby remains the same in a game like this – this is an entirely skill-based game, with no stats or other variables that may increase or decrease your chances of winning.

5. Watch Ads To Resume Where You Left Off

Of course, nobody can be expected to keep their combo strings going forever, and your run may end after one bad move, regardless if you’re on a roll or not. But assuming you WERE “in the zone” and firing away with a long combo string before your run ended, the game will ask you if you want to watch an ad video. Take that opportunity to watch the ad, and you’ll be able to resume where you had last left off, effectively giving you another chance to beat your old high score.

Last, but not the least, you should know this if you’re a basketball fan and/or player – morale and momentum can have a great effect on your success in the game. One bad shot (or one shot allowed) may lead to another, and once that happens, it’s time for the coach to call a timeout, or for a slumping player to hit the pine and ride the bench for a bit. Likewise, you shouldn’t be afraid to take it easy for a bit and go on 30-minute breaks or so if you notice your game is beginning to falter. You can always return to Bouncy Hoops once you’re feeling reenergized, and all ready to chase that high score of yours all over again.

There you have it! This is our list of Bouncy Hoops tips and tricks to top your high score. In case you know more hints for the game, feel free to leave a message in the comment area! 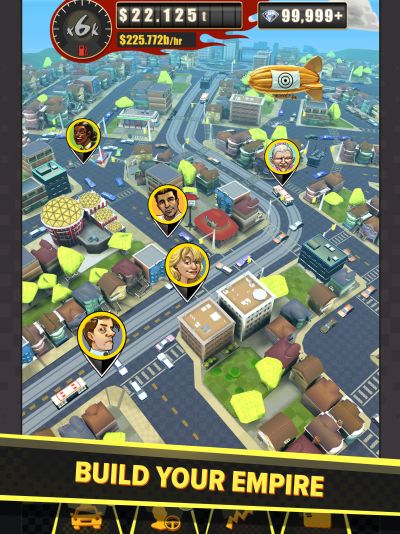 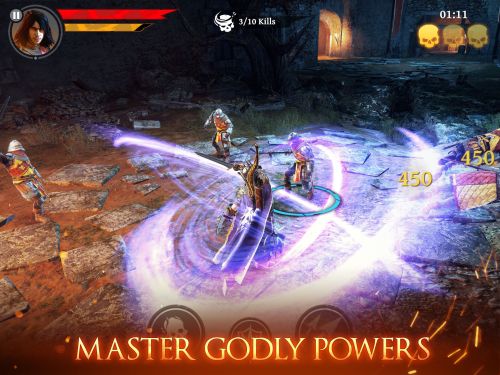